When it comes to driver’s license restoration and clearance cases, winning is everything. For my part, I guarantee to win every case I take, but despite that, lots of people still ask about my win percentage. As numbers go, my win percentage has always stayed right around 98%, but even at that, the lawyer in me cannot resist wanting to explain the other 2%…

– Like when some guy testifies at his hearing that he has been completely alcohol-free for about 5 years, and 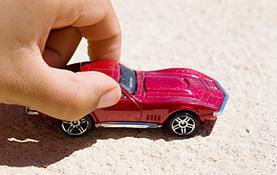 then the hearing officer spins his computer monitor around and asks why he has pictures of himself and a few of his buddies on a boat from the previous summer, and they’re all drinking and holding beers in their hands.

– Or when a person with 8 or 9 DUI’s and who doesn’t have a ton of sober time asks me if we should wait to file, and I explain that we could wait forever, remaining stuck in what is called the “paralysis of analysis,” but since my guarantee means you’ll only pay me once to get back on the road, I suggest we go for it so that if we do lose early on, we’ll be all set for the next appeal.

Yet for those exceptions, the 98% win figure almost paints over some of the best work I do, like winning a license back the first time around for a guy who had 13 prior DUI’s. To be honest, I don’t think I’d even consider writing an article like this if I hadn’t always won around 98% of my cases. Yet for as “braggadocios” as this can all sound, I think the focus on “win percentage” misses the bigger reality that I guarantee to win every case I take. I can’t imagine anyone with less than a nearly perfect win record providing a guarantee in the first place. On top of that, you don’t get a record like mine without winning the hard ones, either.

I have, for example, won a license back the first time I tried for every one of my clients who originally lost their licenses for a DUI causing death. These are tough cases, but since the main focus of my practice is license restoration and clearance cases, I can handle anything. And I do.

Part and parcel of my license restoration and clearance practice involves taking cases for people who have tried before and lost, either as the result of a “do-it-yourself” license appeal, or because they went with some lawyer who thinks he or she “does” license restorations. I remember speaking with a lawyer once who had no idea about me or my practice and kind of chuckling inside when he said that his office wins most of their license restoration cases. Because I handle over 200 license appeal cases a year, I’m in the Michigan Secretary of State Administrative Hearing Section (AHS) hearing office in Livonia all the time. I’d never seen that guy there because his office probably handles as many cases in a year as I do in a week.

In other words, having a 100% win rate for 5, 10 or even 15 cases a year isn’t the same thing as winning nearly 200 in that same period. In just 2 years, I will have won more cases than any of those operators will handle in a whole legal career.

This also applies to my staff. My senior assistant and my paralegal have read more driving records and deal with more Secretary of State issues in any given year than all but a handful of specialty lawyers ever will in a lifetime. As a result, they can spot anything that’s unusual, and there is certainly no lack of screwed-up things that wind up on a driving record and affect a person’s ability to hold a valid license. Courts botch things all the time. I can’t recall a time when my staff and I haven’t had at least a couple of cases where people have come to us with mistakes on their driving record that we’ve had to help clear up before we can even start the license restoration process. I beam with pride when a client compliments me about having an awesome staff, but I can’t imagine not having that kind of experienced help, given what I do.

A few years back, my wife mentioned that someone who knew someone she knows was arrested for a DUI in a distant county, and then asked me if there are many specialty DUI/license restoration attorneys in a less populated area like that. I said I doubt it. During our conversation, my wife then said something to the effect that if it was me facing the charge, I’d probably rather have either Ann, my senior assistant or Ashlee, my paralegal, working on the case over some unknown lawyer with more of a general practice, and I agreed that I would. My staff can answer difficult questions and explain complicated DUI and driver’s license restoration situations that many lawyers wouldn’t even know exist.

Thus, when someone asks about my win percentage, it kind of misses the point about how important my staff is in all of this, as well, and how and why I will only take cases for people who actually can win. This kind of focus and experience is why I offer a guarantee on every license appeal I take. I won’t screw around with someone who still drinks; the requirement that you must be genuinely sober to become my client is non-negotiable. With that it in hand, however, I win virtually every case I take. Say it’s a bad year, and I only win about 194 out of approximately 200 cases, how does that stack up to some lawyer who only handles 6 or 12 or even 24 license appeal cases in that same year? It doesn’t even matter what that lawyer’s “win percentage” is, compared to mine, based upon the sheer numbers alone.

What’s more, I can always advise a person, up-front, about any issues that might affect his or her chances of success. When a guy with 8 DUI’s who only quit drinking a year and a half ago inquires about filing a license appeal, I explain that he might need a little more sober time, but that there will come a point when we should file and move forward, understanding that he might get denied and have to come back again. When a situation like that arises, I will advise my client that he (or she) could just wait forever (the “paralysis of analysis”), trying to guess when there’s enough sober time (and that will vary from hearing officer to hearing officer, anyway), so we can either wait, or move forward and then give it another try if we don’t win the first time. My guarantee means the client will only pay me once to get back on the road.

An approach like that means I won’t have a 100% win rate, but as a person and as a lawyer, I’m far more interested in actually helping people that bumping up some artificial statistic by 1 or 2 percent, anyway.

At the end of last year (2017), one of my license appeal cases was denied because the hearing officer mistakenly thought that my client had a drug conviction on his record, when, in fact, he did not. I had that decision overturned in the circuit court, but how should I count that original ruling? For a while, at least, even though I knew that the hearing officer got it wrong and I would win an appeal, it was a loss. Now, of course, things are different, but how is that case properly evaluated toward my win percentage? And of the 200 or so cases I do each year, it’s things like this that go into that 2% that don’t win.

Whatever else, my guarantee “trumps” my win percentage, anyway. I wouldn’t offer a guarantee if I didn’t win almost every case I take. Even if my win percentage dipped to around 90%, it would probably not be worth my time to issue a guarantee and wind up having to do 10% of any of my cases all over again a second time, and for free, at that. I can handle doing “warranty work” on 3 or 4 cases out of about 200 in any given year, but I wouldn’t want to do any more than that.

If you are looking to win back your driver’s license or clear a Michigan hold on your driving record and you have honestly quit drinking, I can get you back on the road, guaranteed. It simply does not get any better than that. Anyone looking to hire a lawyer should do their homework. Read the articles other lawyers have written, and then ask questions. All of my consultations are confidential and conveniently done over the phone, right when you call. You can reach my office Monday through Friday, from 8:30 a.m. until 5:00 p.m. (EST) at 586-465-1980. We’re here to help.