In this 2-part article, I want to examine removing the ignition interlock unit and getting a full license after a successful driver’s license reinstatement appeal.  If you’re a Michigan resident whose license has been revoked for multiple DUI’s and you win your license back, you must start off with a restricted license and drive with an ignition interlock for at least 1 year.  You can drive forever on that restricted license with the interlock unit if you want, but you can’t seek a full, unrestricted license without an interlock until you’ve used it for at least the first year.  The process for moving from a restricted to a full license (the Michigan Secretary of State’s technical term for this is “change or removal of restriction”) is exactly the same as it is for an initial license restoration appeal, and requires a new substance use evaluation (everybody calls it a substance “abuse” evaluation, so we’ll just go with that), new letters of support, and, additionally, a final ignition interlock report from the interlock company for the past year. For my part, I charge my returning clients 2/3 of the initial fee in these cases, primarily because I already know the client, his or her history, and everything else relevant to the case. 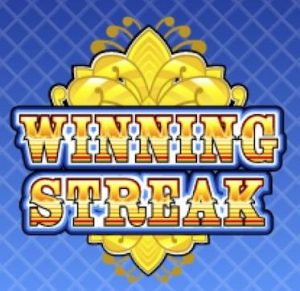 Perhaps the biggest misconception about going from a restricted to a full license is that all you have to do is NOT lose your license in the meantime and it’s practically a done deal.  It is certainly easy, but also wrong, to think of the restricted period with the interlock as a kind of “probation” wherein if you don’t get in trouble, then all conditions just go away.  Of course, if you violate your restricted license (ignition interlock violations are a whole world unto themselves) and get it taken away, then it’s game over.  Anyone who loses his or her restricted license has to start all over again from square one, and must complete a successful year on the interlock  device and with the applicable restrictions before he or she can even think about appealing for a full license.  But even someone who sails through the first year on the interlock and the restricted license without a hitch will still have to come back and prove the relevant legal issues all over again on top of demonstrating their compliance with the interlock requirement.  This may seem a bit confusing, and may not make a lot of sense at first, but it is what it is, so if you want to eventually drive without the interlock and without restriction, you’re going to have to follow the state’s rules.

When someone comes back to the Michigan Secretary of State’s Administrative Hearing Section (AHS) to have his or her restricted license made “full,” the hearing officer is going to look and see whether it was proper to grant that license in the first place.  In other words, and this is one of the main points of this article, it is not automatic that if you won the first time, you’ll win again.  For example, assume Dan the Driver has appealed for a full license, and hearing officer # 2 is deciding his new case.  In reviewing the documents, hearing officer # 2 concludes that he or she wouldn’t have even given Dan a restricted license in the first place, or would have imposed some condition(s) on Dan not imposed by hearing officer #1.  Does this mean that Dan will lose his license altogether?  Probably not, but it does mean – and this does happen in the real world – that Dan may not win his full license this time around, and instead be continued on a restricted with the interlock for another year, and may even some additional conditions imposed on his restricted license.  The goal, of course, is to avoid all of this…

The ideal here is that a person will have won his or her license the first time around because he or she is genuinely sober, will have continued to grow in that sobriety while on that restricted license and while using the interlock.  It is hoped that the driver will then return with a final ignition interlock report that reveals full compliance with the interlock system, and no problems while on it.  That’s the ideal.  In the real world (I love that term, if you can’t tell, because that’s where real life unfolds), most people have some “issues” with the interlock.  Even those that make it through that first year without a formal violation will very often experience something like a startup failure, a positive rolling retest result, or a battery power failure (even if it’s momentary) on their final report.  As innocent as any of them may be, each and every one must and will be examined at the hearing with a fine-toothed comb, and there are specific instructions a person should have followed in each situation.

To carry the real-world example further, most people don’t follow those specific instructions (more on that later) and then wind up in the “hot seat” having to explain themselves in a way they never expected because in their mind, the key thing was that they weren’t drinking, so any possible indication to the contrary is and must obviously be false.  Except that when asked, months later, how the interlock detected alcohol on one (or more) occasion(s), and even if a negative reading was provided only moments later, why he or she didn’t get a PBT or EtG test, the explanation  that “I knew it was a false reading because I hadn’t been drinking” doesn’t really stand up as any kind of proof.  The cold truth is that unless you’re reading this within a few days of any kind of positive result, it’s too late to take protective action, but not too late to think about how to prepare for and respond to the hearing officer.  To throw yet another ingredient into the mix, every hearing officer is different, so how you should respond will be a bit different depending on who is deciding your case.

As a driver’s license restoration lawyer who handles more than 150 restoration cases per year (and guarantees to win in every case I take), I have seen and dealt with just about every situation you can imagine.  Off the top of my rather experienced head, I’d say that over 80% of all “full” license appeals have final ignition interlock reports that contain a glitch or glitches of some kind or other.  Here, we must break for a vocabulary lesson, because everyone, including the various hearing officers, use certain terms rather loosely (actually incorrectly:  For example, the actual state form is called a “Substance Use Evaluation,” although everyone calls it a “Substance Abuse Evaluation.”), and the one that concerns us here has to do with those “glitches,” all-too-often called “violations” in the context of the ignition interlock final report.  Properly speaking, if a person accumulates 3 startup failures within a single interlock download period, skips a rolling retest, or the power to the interlock unit is somehow disconnected for even a single second, it is considered a formal “violation” by the Secretary of State.  When a person receives a written notice of a violation for one of those reasons, he or she is also informed that his or her license is being revoked all over again (if this whole subject isn’t confusing enough, get a load of this – the precise term for re-revoking your license is “reinstatement of original action”), and advised that he or she has 14 days from the date of the notice to request a hearing regarding the violation to ask for his or her the license back.  Again.  To refocus, the larger point here is that a formal violation occurs when you’re license gets yanked again, while a problem using the interlock, such as a positive alcohol reading is not actually, in itself, a “violation.”

The problem is that everyone has taken to calling every single one of those glitches on the interlock report a “violation.”  This is an entirely inaccurate use of the term, and mostly serves to confuse people, but it is what it is, so you might as well learn the lingo.  Thus, a single startup failure that is cured right away (remember, a person needs to rack up 3 of these within a single download period) that did not cause a formal “violation” still gets (incorrectly) called a “violation.”  Beyond pointing out how unclear this can all get and how the descriptive terms are all over the place, the thing that matters most is that whenever a person goes back for a full license, every single “glitch” or incident on the interlock (which will be called a “violation,”) will be examined, with that fine-toothed comb I mentioned earlier.  There will be questions about what happened before, during and after the glitch (violation), and what didn’t happen before, during and after, as well.  We’ll have to give a full accounting, and, depending on the hearing officer to whom your case is assigned, doing so may require a lot of detail.  Let me break this down a bit:

Second, while every hearing officer expects compliance with the ignition interlock unit, the fact of the matter is that amongst them all, each has a different mindset about it.  A couple of them are more easily inclined to what I call “violation fatigue,” meaning that they’ll consider a valid excuse or two for why someone had something like a positive breath test result, but tend to shut down as the number of violations grow.  Each has his or her own “magic number.”  This is just like what organizations that rely on financial support know as “donor fatigue,” where people get tired of giving and being asked for money, no matter how good the cause, and after a while just feel “tapped out” and really don’t pay attention to the merits of specifics of any more requests.  One hearing officer, in particular, is pretty strict about the notice of ignition interlock use that comes with every winning decision (the one who includes a specific set of instructions in the back of every winning restoration order outlining proper ignition interlock use), and is more easily “tapped out” than the others.  Nowadays, every hearing officer is including a set of instruction in a winning order, and those directions are pretty clear; if you get a positive breath test, you are advised to go directly to a police station for a PBT breath test or to get a urine EtG test within a day or so.  Even though some positive breath test situations can be rather completely explained away, this hearing officer tends to shut down after a couple of them if the person did not go and get a PBT or EtG test after a positive result.

We’ll stop here for now, and pick up in part 2 by continuing our examination of problems while using the interlock, and then move into the larger issues involved in winning back a full license.