A rather large chunk of my DUI practice involves handling 2nd offense cases.  Although I have written about this subject in the past, a meeting with a new client last week reaffirmed the reason why I seem to get a disproportionate number of 2nd offenders..  To put this in perspective, you must understand that the overwhelming majority of people who go through a 1st offense drunk driving case never get in trouble again and are truly “one and done’ customers.  This means, of course, that of 2nd and 3rd offense DUI cases account for a rather small percentage of the overall number of DUI cases that wind through the court system each year.  That stands in contrast to my practice, where I represent a much higher percentage, overall, of 2nd offenders.  Although I certainly handle a lot of 3rd offense (felony) DUI cases, as well, the focus of this article will be on why I get so many 2nd time DUI offenders.  I’ll leave to my other writings to explain the nuances and unique aspects of 2nd offense drunk driving cases. 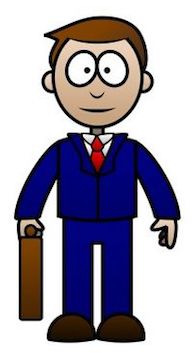 The fact that I handle so many 2nd offense drinking and driving charges is, in large part, a compliment to me and my efforts on this blog.  The story of the 2nd offense client from last week explains this rather well.  As we spoke about his prior DUI case, it was natural for me to ask the name of the lawyer who handled it.  My client hung his head in defeat and sort of laughed out a response, saying, before he revealed the name, “I know, I got taken.”  He went on to relate how he thought that blowing way over $10,000 in legal fees made it seem like he was really going to beat the case.  “The guy promised me everything,” he said, shaking his head.  “I wish I would have found you before.”  He then told me that he had read lots of my blog articles, and liked the way I write (I do my best to write conversationally, so that when I meet someone in person, the “voice” in my articles sound just like me when I talk).  He said he appreciated the honesty in what I say, and my use of “real world” examples to make things as clear as possible.  I thanked him, and then joked that, given how much the “promise everything” operations charge, maybe I should change the way I do things.

As funny as that may be, it really does cut to the heart of how I do things, and what differentiates me from so many of the other websites out there.  First off, I hate it when lawyers try and scare people.  This is something that makes me shake my head, because I run the other way if someone tries to use any kind of scare tactic as a “sales tactic” on me.  By the same token, I have never seen an exception to the warning that, “If it sounds too good to be true, it probably is.”  And here, the actual statistics tell a very clear and consistent story; year after year, of all the alcohol and DUI-related arrests in Michigan, less than one-quarter of one percent go to trail and win.  In 2015, for example, out of 43,553 such arrests in Michigan a grand total of 62 were found “not guilty” after trial.  That’s .14% (point one four percent).  For everything you’ll read about beating a DUI case, you won’t see any of those lawyers linking to the actual numbers.  It’s kind of like those self-study real-estate programs where you’re promised that you’ll be taught how to buy great properties with no money down and get rich.  In the real world, that s**t doesn’t happen.

The simple reality is that in most of the DUI cases that get “knocked out” of court, there is usually some very big and obvious problem with the case.  In some cases, the police follow up on a cell-phone tip of a driver all over the road; maybe the caller has a license plate number, and the police trace the car to its owner, only to find it parked in the driveway.  They’ll feel that the hood is still warm, knock on the door, and be met by someone who has clearly been drinking.  If the person is smart, and remains silent, this is the kind of case that can be won, even if the person is arrested at the scene.  This is very different than a case where you are pulled over by the police, and thereafter start to think that the case is winnable because the breath test results don’t seem right, according to your (now sober) recollection of how many drinks you had over how many hours, or that a DUI will be a major problem for your career, and that the police and prosecutor will be willing to drop in when they find out how important that is to you.  Lots of people feel those things, but, as the number show, out of over 43,000 arrested in 2015, only 62 had any luck winning their case at trial.  Of course, there are plenty of ways to challenge the evidence so that a case will be “thrown out” of court and never able to go trial, but again, those typically involve substantial irregularities in the stop, the arrest, or the evidence.  That a person “can’t have” a DUI on his or her record doesn’t matter at all, and, if your theory of the case depends on your own mathematical calculations involving the timing and/or number of drinks you can recall, you’re probably betting on a miracle that, in the real world, won’t ever happen.

What will happen, however, is that you can find some lawyer to take lots of your money and give it a shot.  One of the best “tricks” in the book is for a lawyer to charge a royal fortune, then do all kinds of work (“I’ll subpoena everything”) only to report, when all is said and done, that the case is solid, and the person should take a plea.  While all the “investigating” is going on, things can certainly sound promising.  To be honest about this, it’s really a matter of morals.  If, like me, you have this pain in the a$$ thing called a conscience, then you follow the rule to “treat others as you would want to be treated.”  This is often at odds with profit-making, but if you have this kind of moral compass, you can forget about unlimited riches, anyway.  Consider this scenario (based, at least in part, on a real-life experience of mine):  You find water dripping down one of your basement walls after it rains.  You call a waterproofing company, and the guy comes out, looks around, and then tells you you’re going to need a special epoxy injected into 2 or 3 spots.  Total bill; about $700.  The work is done, and you’re told that it’s guaranteed for life, and not to worry because it will never leak again.  Years later, despite the heaviest rains, it’s dry as a bone.  You got treated fairly.

However, you could have called the other guy, the one with the “special” process who promises everything and wraps it all up in a slick website and gives you a fancy brochure with all kinds of testimonials.  His approach costs a lot more money (but it sure seems “thorough”), and involves digging up the dirt around the foundation of your house to expose the basement wall and inspect it from the outside.  He charges 15 times more than the injection guy, and it seems like his company really knows their stuff when they’re digging up your property.  After all kinds of digging and inspecting and looking, the leaks are found and fixed.  What you don’t want to hear is that they injected the same “goop” into the very same spots as the $700 guy would have.  You get your lifetime warranty and all the trimmings, but you’re out $9800 more, for the same repair, than you would have been had you not bought the fancy sales pitch.

Yeah, it’s like that.  Just like that, in fact.  And for me, it means that all the people who got soaked for that their DUI the first time find that my candor, both in these articles and on my website, resonates with them now that they’re more educated consumers, even if they had to learn their lessons the hard (or expensive) way.  And to be clear, I’m no bargain lawyer.  I never compete with any of the cut rate operations.  I do what I do exceptionally well, combining a post-graduate education in addiction studies along with my legal experience and training to make sure my clients suffer the least amount of consequences possible.  Sure, that means that I fight to beat DUI cases and get them knocked out, but I do that when it should be done, not just because it can be done to make money.  I remember speaking with a guy who worked at a furniture store once.  He told me he just felt like hell trying to sell people fabric protection because for the inflated price they’d pay, it was the exact same stuff in a can that you could buy at any store and spray on yourself.  That probably didn’t bother the owner of the furniture store, but it would bother me and I cannot and will not do that kind of stuff.

To find out more about my legal approach in 2nd offense drunk driving cases, you can check out the specific, relevant section of this blog.  Of course, plenty of my regular DUI articles examine various facets of the DUI process in a way that’s important to anyone dealing with a drinking and driving charge, whether it’s a 1st, 2nd or 3rd offense.  Take your time and read.  Read carefully, and try and read between the lines in every piece you see.  You should always be skeptical of everything you read and wonder, “What’s the catch?  What’s this writer’s agenda?”  When you’ve read enough, you’ll need to pick up the phone and call around.  You can learn a lot about an operation when you call.  I do all of my consultation stuff over the phone, and have the absolute friendliest staff anywhere, so your call to my office will always be informative and pleasant.  We don’t “push” for someone to come in or make an appointment.  I hate that stuff, and wouldn’t thrust it on anyone because I don’t want it used on me, and I avoid calling any operation that even seems like it works that way.  When you’re ready, you will find us here to help and ready to answer your questions Monday through Friday, from 8:30 a.m. until 5:00 p.m., at 586-465-1980.