In my role as a Michigan DUI lawyer, I handle a lot of 2nd offense drinking and driving cases. On my website, 1st offenses, 2nd offenses, and 3rd (felony) offenses are examined in a more overview fashion, while on this blog, I have covered each of the OWI charges in rather painstaking detail within the DUI section. In this article, I want to circle back to 2nd offenses and look at how 2 things, in particular – your prior record and the location of the charge – can affect what happens to you. In many of my prior articles, I’ve made clear that in just about every 1st offense DUI case, you’re not going to jail. Things are different, however, in 2nd offense DUI cases, where jail is a very real possibility, although it’s seldom a certainty. In the real world, there are some courts that rarely, if ever send 2nd offenders to jail, a few that usually (or even always) do, and then there are the rest, in the middle, that may or may not play the jail card, depending on the circumstances. 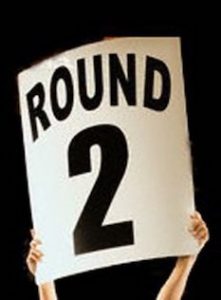 You don’t have to be a legal scholar to realize that you prior record matters, but it matters more than just because you have a prior DUI. By law, you can only be charged with OWI 2nd offense if, and only if, you have a prior conviction for another alcohol-related traffic offense within 7 years of the date of your arrest for the current case. By definition, then, every 2nd offender has a “prior record.” There is a lot more to this, however, than just that one previous DUI case, although the circumstances of that prior offense can play a greater (or lesser) role in how things turn out now in the new case For example, a person still on probation for a High BAC 1st offense ,who then goes out and picks up another DUI (and whose BAC in the new case is also really high) is going to be in a tough spot. Contrast that situation with one where an older guy who picked up his 1st DUI, with a really low BAC (just over the legal limit) nearly 7 years ago, after he staying late at his daughter’s wedding reception to help clean up. Now, assume the guy’s new case arose from him being arrested (with another really low BAC) on his way home from a surprise retirement party thrown for him after his last day at work. These are very different situations.

Beyond your previous DUI, however, any other prior record you have can matter. It was not any due to grammatical sloppiness that I wrote “can matter,” because not every prior offense really does matter, at least within the context of a 2nd offense DUI. For the most part, prior alcohol or drug-related offenses are considered more significant, as are any offenses that usually involve alcohol or drugs, like domestic violence and disorderly person charges. Thus, if Tipsy Tina, recently arrested for a 2nd offense DUI (with a prior that occurred 5 years ago) was also convicted of retail fraud about 12 years ago, back when she was a teenager, that offense will probably not have any effect on her now. However, if Tina has a marijuana charge, and even if it was 15 years ago, it will matter, if only a little. Of course, if Tina was convicted of having open intoxicants in a motor vehicle just a few years back, you can be sure that offense will have a fairly significant effect on what happens in her new case. When it comes to how much, if at all any prior record matters in a 2nd offense case, the only accurate answer is the dreaded, classic lawyer response – it depends.

Beyond the facts of your current case, and certain facts about your previous DUI, and any other convictions you do (or don’t) have, where your case is pending is absolutely huge. In fact, it can be the single most important factor in what will happen to you. As I noted earlier, there are some courts that usually don’t send any 2nd DUI offenders to jail. Wind up in one of them (and assuming you don’t have a bad prior record), then as far as getting locked up goes, you can count yourself lucky. On the flip side, there are a few courts (mostly in Oakland County) where you can usually count on at least a few days in the cooler for a 2nd offense DUI, even if all you have is that one prior DUI. Most courts, however, are on the fence about jail, meaning that you are certainly at risk to get locked up, but with the right work, and, truth be told, a little luck, it can be avoided.

To be sure, there is nothing you can do about where your case arises. The city of your arrest is set in stone the moment the police decided to pull you over, or otherwise make contact with you. If the stars lined up so that your case winds up in one of the few courts that usually imposes jail in 2nd offense cases, then our focus need to be on minimizing that time (I will still always try like hell to avoid it altogether), and otherwise protecting you from all the other consequences you face, like losing your driver’s license and the kind of things (like testing, counseling) that can make probation difficult. By contrast, if you are lucky enough to wind up going to court in one of the jurisdictions that generally does not impose jail, then count your blessings.

The real challenge to all of this lies in the middle, where jail is possible, but not certain, and this represents the reality in most courts. In the celestial horse race of 2nd offense DUI’s, you need to make the right choice for your lawyer. If the court is the pony, then the lawyer is the jockey, and here, experience matters. When it comes to lawyers, we are, in fact, like jockeys, because the best are usually regulars in the winner’s circle, while most tend to just try and keep up, seldom pushing themselves to the front of the pack.

The truth is, it takes a lot of experience just for me to be able to write so candidly about all this. I remember a while back, when a younger lawyer and I spoke. He first complimented me on this blog, and then asked me some questions (I’m assuming he figured that I was a nice guy just through the tone of my articles, and I took that as a compliment). He was curious why I was so open about the fact that nobody is really at risk for jail in a 1st offense DUI and why I would even acknowledge that jail is possible in other cases. Of course, my reply involved all kinds of platitudes about truthfulness and all that, but I also told him that the bottom line is that most people have a good idea of what’s going on, anyway. Some people will shop for what they want to hear, and will hire a lawyer who tells them that, no matter what. Most people, though, have a gut instinct that, in a 1st offense case, they probably won’t go to jail anyway. By being honest about that, it’s not like I lose any business by not scaring people enough to hire me; quite the opposite, I get more business because precisely because I am being honest about it, and that kind of candor makes me stand apart from the rest of the crowd. When it comes to a 2nd offense DUI, it would be easy, of course, for me to go on and on about all the things that could be wrong with the case, and how we can use that to get the case dismissed, but the truth is that the police don’t usually screw up DUI arrests so bad that Judges toss them out of court in any significant numbers, although every lawyer should always look, and look hard, for a way out of every case. If a potential client is sharp enough to really do his or her homework, then they’ll realize that I’m merely telling the truth about all this, and being more candid than those lawyers who discuss 2nd offense DUI cases without even mentioning jail, or examining the possibility of it (beyond saying meaningless things like “avoid jail!”).

Of course beyond the “where” factor of your current case and the prior record that you either do or don’t bring to the party, we must also consider the facts involved in your new charge. If you were blackout drunk, crashed into a nursery school playground and ran over little Timmy, well, you should bring a toothbrush when you show up for sentencing. If, however, you were reasonably cooperative with the police officer and didn’t do anything incredibly stupid, your situation is much better. I’m not trying to avoid a deeper examination here, but the fact is that there are about 100 million things that can affect your case for better or worse. Just as the effect of any prior record can be best estimated with a confident “it depends,” so too do the circumstances surrounding your new case.

The takeaway from all of this is that jail is possibility in a 2nd offense DUI, and the likelihood of it depends on 3 primary things, in descending order: First, where your case is pending, second, the kind of prior record (besides your last DUI) you do or don’t have, and third, the facts and circumstances of your new charge.

If you are facing a DUI in any court within the Metro-Detroit, Tri-County (Wayne, Oakland or Macomb) area, I can help. If you’re looking to hire a lawyer, do your homework. Read around. Look for honest and real information. When you’re ready to really learn more, start checking around. All of my consultation are done over the phone, right when you call, and you can reach my office Monday through Friday, from 8:30 a.m. until 5:00 p.m., at (586) 465-1980. We’re here to help.