The whole world of DUI cases can seem like an alphabet soup full of letters and abbreviations. As I pointed out in a recent article, Michigan doesn’t even have a “DUI” law; instead, we have OWI, which stands for “Operating While Intoxicated.” The OWI law came into effect in 2003, replacing the old law, which previously defined drunk driving as OUIL, or Operation Under the Influence of Liquor. In this article, I want to examine 4 different sets of 3 very important initials (FST, BAC, PSI and SOS) that affect every drinking and driving case that goes through the court system. Although the various drunk driving offenses are officially identified with some variation of the term “OWI,” I will mostly use the term DUI simply because that’s the way most people talk. 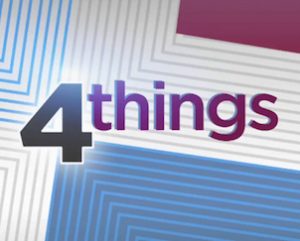 The first 3-letter term a driver will encounter is FST, meaning field sobriety tests. These are the things you do at the side of the road, after being pulled over, and can include things like the heel-to-toe walk, standing leg raise, and the horizontal gaze nystagmus (HGN) test. Beyond these more “approved tests,” police officers also often ask people to count backwards from one specific number to another, recite the alphabet without singing, and/or tilt their head back and touch their nose. Field sobriety tests are named after the purpose they serve, allowing an officer in the field to determine if there is probable cause to believe a driver is intoxicated.

There is, of course, a large body of law and lots of science behind FST’s and that goes way beyond the scope of this article, but you can be sure that the police will almost always write in their report that the person failed one or more of them as justification for the decision to arrest him or her. Back in the day, before video, it was more or less the driver’s word versus the officer’s word when it came to how well or not a person did. Now, most police cars are equipped with dash-cam video recorders, so we can usually compare the officers account of how a person did on the FST’s with the video of how he or she actually performed. In my role as a Michigan DUI lawyer, I always look for, and do, in fact, find things on the video that help my client get out of his or her DUI charge. Even when the person didn’t do very well and video only serves to confirms the officer’s account that the person was intoxicated, having watched it gives both me and the client the piece of mind to know that we’re not missing anything we could successfully challenge to get the case thrown out.

The next acronym a DUI driver will encounter is BAC. Technically, this stands for “bodily alcohol content.” In Michigan, as in every state, the legal limit is .08. For what it’s worth, Michigan was the last state in the country to adopt the .08 standard. That happened in 2003, the law changed and when we dropped the OUIL law, which carried a .10 threshold, in favor of OWI and the .08 limit. Under the old OUIL law, a person could be found guilty of impaired driving (OWVI, or Operating While Visibly Impaired) if his or her BAC was .07 or above. With the change from OUIL to OWI, Michigan retained the lesser offense of impaired driving, but dropped the presumption of .07, essentially leaving who is “impaired” a numerically undefined, open question. This is huge, because Impaired driving is a less serious offense and stands as a very desirable plea bargain for anyone facing an OWI, especially because it means a person won’t lose the ability to drive.

Above and beyond everything else, a person’s BAC defines him or her in a DUI case. When that BAC gets to .17 or greater, someone who has not been convicted of a DUI within the previous 7 years can be charged with the more serious “High BAC” offense. The idea behind that law, and explaining the importance of BAC in general, is simple: the higher the BAC is, the drunker the person providing it. It is widely believed that a casual, social drinker won’t normally be able to drink enough to get a really high BAC result. After all, the law considers a person too drunk to drive at .08 (Utah has already dropped it’s legal limit to .05, and more states will likely follow in the future). Most Judges are skeptical (to put it mildly) when someone walks into court with a BAC of double the legal limit or more, and then tries to say that he or she isn’t a big drinker. By contrast, if someone tests out at .11 or .12 and then claims that he or she isn’t a big drinker, it sounds more plausible. These notions are not set in stone, but they are realities that must be acknowledged. The key thing about BAC is that lower is always better.

FST’s take place before a DUI arrest. BAC is measured right after the arrest. Both of these, however, are terms relevant to the DUI process before a case ever winds up in court. The next 2 terms are part of the DUI court process:

Unless something is wrong with the evidence in the case (interestingly, most such problems come from the FST’s and the BAC results) and it gets dismissed, a plea of some sort (usually a plea bargain) will be worked out. After a plea, but BEFORE a person goes back in front of the Judge for sentencing, he or she is required, by law, to take a mandatory written alcohol screening test. The test, which is numerically scored, is often called an “assessment” or a “screening,” and is part of a larger process called a PSI, or Pre-Sentence Investigation. The PSI process includes a face-to-face interview with a probation officer who must also gather other information about the circumstances of the incident, including background information about the driver. The law requires the probation officer to use that numerical test score, along with his or her impressions from the interview and the other information gathered about the driver, and then compose a formal, written sentencing recommendation to the Judge advising what kind of sentence should be imposed.

This is huge. Every Judge, in every court, follows this recommendation, if not to the very letter, DAMN close to it. The very best thing a lawyer can do for the client is to make sure he or she gets a more favorable recommendation, because no Judge is going to be persuaded to deviate from it in any substantial way. In other words, the PSI is really the blueprint for what’s going to happen at sentencing.

Here is the quick version of why this is so important: that alcohol screening test is numerically scored, and those results are compared to a scoring key that concludes a person either does, or does not have an alcohol problem. Before anyone makes the mistake of prematurely breathing a sigh of relief and thinking, “well, I’ll be okay, because I don’t have any kind of drinking problem,” the big risk here is that even though someone may test out as NOT having an existing alcohol problem, and just because of the DUI charge itself, he or she is way more likely to score in the range of being at risk to develop a drinking problem. In other words, the mere fact that a person is taking this test after a DUI arrest automatically adds points to his or her score. DUI drivers, as a group, have a statistically higher incidence of drinking problems than the population at large. This means that you’re automatically seen as “at risk” simply because of your DUI. This is part of the court systems’ inherent “alcohol bias.”

I have examined this key aspect of DUI cases in fine detail within the many DUI articles on this blog as well as my website, so we’ll forego any more analysis here other than to point out that the PSI is the single most important factor in determining what happens to someone in court. For my part, I use my formal, post-graduate training in addiction studies to specially prepare my clients to take the alcohol assessment test and go through the PSI process. This is so important that we’ll have a specific office appointment just to go over it all. Since every Judge is essentially going to follow the probation department’s sentencing recommendation anyway, it only makes sense that a more lenient recommendation results in a more lenient sentence. In my office, we make sure that happens.

Last, but certainly not least, come license penalties. Under Michigan’s OWI law, something is going to happen to a person’s driver’s license as a result of a DUI, and whatever that is, it will be imposed by the Michigan Secretary of State, or SOS. The SOS imposes very specific penalties required by law, and there is absolutely no way to modify them. If the lawyer for someone facing a 1st offense DUI can negotiate the original OWI or High BAC charge down to “impaired driving,” then the person will only wind up having their license restricted for 90 days. In the real world, this is the most common outcome within my caseload. By contrast, anyone getting a 2nd conviction for OWI within 7 years (or a 3rd conviction within 10 years) will have his or her license revoked.  That means taken away for good. As bad as that sound, there is still some hope in this situation, however…

If a 2nd or 3rd offender is admitted into a sobriety court program, the law allows the Judge to override the SOS’s revocation and grant the person a restricted driver’s license. This is another deep subject in its own right, and as with just about everything related to drinking and driving cases, something I explore thoroughly within the 350-plus DUI articles on this blog. The relevant point here is that the SOS imposes a specific and legally required license penalty in all DUI cases; in 1st offense cases, those penalties are absolute and no court can do anything about them. It’s almost the same in 2nd and 3rd offense cases, where a person’s license is revoked, except if he or she gets into sobriety court. For any 2nd or 3rd time offender who cannot or does not get into sobriety court, the only thing to be done is wait until the minimum period of revocation has run (at least 1 year for 2 DUI’s within 7 years, and 5 years for 3 DUI’s within 10 years) and then file a driver’s license restoration appeal with the SOS. This is the other half of my practice, and anyone interested in that subject can explore the 430-some articles I have written and published on that subject. Here, however, the thing to understand is that the SOS controls everything license-related after a DUI.

Our overview of the 4 most important, 3-letter acronyms everyone facing a DUI (besides the term “DUI) must know proceeded in the order they will be encountered . A person suspect of driving drunk will be pulled over, and usually asked to do some FST’s. After that, it’s a ride to the police station where they will either blow, or have blood taken, and that test result will provide a BAC. When the case goes to court, the most important determinant of what happens to them is the PSI. After that, license sanctions will be imposed by the SOS.

If you’re facing a DUI, take the time to read and learn. This blog has more information that you’ll find everywhere else combined, but you should still explore everything you can. When you’re done reading around, check around. If you’re looking to hire a lawyer, you can reach my office Monday through Friday, from 8:30 a.m. until 5:00 p.m., at 586-465-1980. All of my consultations are done over the phone, right when you call. We’re friendly people, and we’re here to help.