As a Michigan DUI lawyer with a local, Detroit area practice (Wayne, Oakland and Macomb Counties), I am in front of some Judge or other almost every day, and often in front of several Judges in any one day. I hear a lot. I’ve heard just about every spin a DUI lawyer can make for his or her client, and I’ve heard countless observations by innumerable Judges. No one is perfect, but most Judges get it right most of the time. Still, my job to “protect” my clients from as much of the consequence as possible from a DUI charge when we’re in front of any judge. I have also come to believe that, simply because I can, it is my job to really help my clients outside of the courtroom, as well. In some cases, this means helping a person understand (or work with an understanding) that his or her relationship to alcohol has become problematic. This is why I undertook and completed the coursework in a post-graduate program of addiction studies. As much as most Judges get it right most of the time, I also sometimes hear well-meaning Judges get it wrong, or read well-intentioned, if not misguided probation assessments and recommendations that lack a fundamental understanding of the confluence of variables that give rise to drinking problems, how such troubled drinking is and/or should be diagnosed, and the panorama of viable education and treatment options available to genuinely help someone. 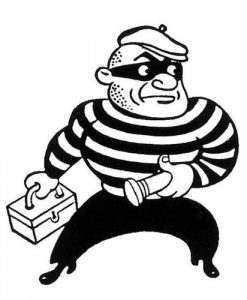 In my day to day court appearances, I will often hear something that I think is right on the money. This blog article will not be my usual informational installment, but rather about one such thing that I really thought profound. I hope the fact that I think it’s important enough to publish will encourage the reader to spend the few minutes necessary to finish it. The day before I started writing this article, I was in the courtroom of Bloomfield Hills’ 48th district court Judge Kimberly Small when, during my client’s sentencing, the Judge said something that really struck me as a simple, yet deeply meaningful observation. It was nothing that I can use to sell my services as a DUI lawyer, but rather something that cut right to the core of what drunk driving is all about and why the laws and public opinion are getting tougher. Indeed, one may see it as somewhat contrary to my own financial interests to write an article about the Judge’s insight, but in the spirit of trying to say something good and useful, I could not ignore how fortunate I am to have this platform from which to share it. Later, on that same day, the news carried separate reports of 2 Oakland County Sheriff’s deputies who got drunk and rear-ended a 70 year-old woman in Pontiac, sending her to the hospital, while another drunk driver smashed into a Detroit Police car. Circumstances and timing came together in a way to make this article very germane.

First, I need to be clear on my perspective. I do believe that, however unfortunate it may be, a DUI can and does just sometimes “happen.” In most cases, driving drunk is an episode of bad judgment exercised by good people. In fact, even the National Highway Transportation Safety Administration (NHTSA) agrees with the rather well established principle that the typical person will begin to suffer some impairment of his or her judgment with a BAC level of 0.3% to .06%, putting .04% and .05% squarely in middle of that range. Remember, .08 is the limit for drunk driving in every state (although Michigan also has a lower but undefined level for the lesser charge of “impaired” driving). Thus, a person’s better judgment is not any kind of better at all when he or she isn’t even halfway legally drunk. This is important for several reasons: First, impaired judgment is impaired judgment. It means your decision making skills are lessened. Thus, a person who decidedly set out to only have a few drinks can easily lose sight of that and just “go with the flow” and drink way more than intended. Second, and often overlooked, the self-regulation mechanism in certain people is just way more affected by alcohol than others. In other words, after just 2 drinks, one person may still remain focused on not over-indulging while another person’s ability to do that may be severely compromised (i.e., impaired).

I have written quite a bit about how my average DUI client is not any kind of criminal. I like to think of my clientele as more cerebral and professional than the population at large. Probably because of the way I write, my typical client shows up with a lot of concerns and questions, and otherwise presents as someone with much to lose if things aren’t worked out properly. In many cases, a client is worried about his or her professional license. Real criminals don’t have such issues. A DUI case does, however, throw an otherwise law-abiding, upstanding person right into the vortex of the criminal justice system. As Judge Small observed, no one should ever feel “comfortable” about having to meet a Judge under such circumstances. For most of my clients, a DUI marks the first, or perhaps second time they’ve ever been in this boat, and that lack of experience is a good thing.

But as much as I want to reassure the reader, and as pleasing as it may be to hear what I have to say because it supports your own way of thinking about it, the simple question posed by Judge Small reflects the way a growing segment of society is beginning to characterize drunk driving, and news stories like the 2 mentioned above, from St. Patty’s day, just add fuel to the fire. So here’s the exchange: My client, a well educated professional with a very good job, stood before Judge Small and was asked if she would ever go into a store and steal something.

“Why not?” asked Judge Small.

“Because it’s wrong” answered my client.

The Judge then went on to explain, in a way that I cannot recall precisely enough to frame in quotation marks, that although my client, who does not consider herself a criminal, would never think of going into a store and stealing merchandise, she did go out and consume enough alcohol to be legally drunk, and then got behind the wheel and drove, which is a criminal offense. To give this more context, the Judge had explained that although we all mourn the horrible loss of over 3000 lives on 9/11 and commemorate the event as a national tragedy, we lose around 10,000 people each year to drunk driving accidents, and well over 250,000 each year (290,000 in 2014) are injured in drunk driving crashes.

The stark value of Judge Small’s observation was in the contrast of thinking of one’s self as not being a criminal because you wouldn’t steal a scarf, the loss of which has minimal societal consequences, versus getting drunk and then driving illegally, while taking the chance of killing someone, which has huge societal implications.

Judge Small is a tough Judge. She is well known for her approach, but even this writer must yield that beyond being a gifted extemporaneous speaker, the content of what she says is always deep and logical. You cannot fail to respect her reasoning because it is sound. At the end of the day, I am a DUI lawyer. There will always be people who make the mistake of driving after consuming too much and need help to avoid as much of the legal fallout as possible. My business is secure, but that doesn’t mean I want people to drive drunk. The other half of my active practice involves handling Michigan driver’s license restoration cases for people who have had their licenses revoked as a result of multiple DUI’s and who have genuinely become sober. I will have plenty of work in my lifetime, but as much as any person out there, I don’t want people to drive drunk. I have a daughter, and always worry about her driving and getting hit by “some drunk.” If I can help someone NOT need my services, I’m happy to do that.

This observation by Judge Small framed the whole DUI phenomenon in a different light. It was an important and interesting perspective, but not so much from a judicial/legal point of view. I know all that well enough. Instead, and as I noted before, her comments were more of societal observation as opposed to anything else. I have to tie this together with one other comment I heard from now-retired Macomb County Circuit Court Judge Donald Miller, husband of United State’s Congresswoman Candice Miller. It was probably close to 15 or 20 years ago, and I was standing next to a client who had hired me for a probation violation because she had been caught drinking, despite being on probation to Judge Miller for a felony DUI charge (I did not handle the DUI case).

It was a quick and simple line, probably nothing he had ever said before and may have never said again, but the astuteness of the way he put it has stuck with me ever since. Noting how drunk driving laws were getting tougher (even back then the “march” was on) and that every DUI episode is a risk to the lives of innocent people, the Judge said to my client, “Society has lost its sense of humor for people like you.” Fast forward all these years, and the standard for intoxication has gone from .10 to .08, we have an enhanced offense in Michigan called “High BAC” or “super drunk,” and the rules regarding felony drunk driving have been racially overhauled in the meantime.

It will only get tougher. Society has not only lost its sense of humor for drunk driving, but every tragedy pushes public opinion to be less patient for this kind of stuff. I wish I had some magic words or something profound to say, but I don’t. Chances are, if you’re reading this, it’s too late to avoid a drinking and driving charge. Most people come to my site or hop on my blog because they are already facing a DUI charge, not to look for ways to avoid one. Even so, the path to avoid a DUI is simple; don’t drive drunk. After more than 25 years “in the biz,” so to speak, I know that as much as I can look back and explain how things have gotten so much tougher than when I started out (I actually did that in an article a few years back), in another 20 years (If I am lucky enough to still be around then) I will look back and remember right now, 2016, as the “good old days.”

Perhaps the best advice can be wrested by twisting just one word from Dos Equis’ “Most Interesting Man in the World” – Stay sober, my friend. If that did not, however, go as planned, and you’re facing a DUI in any Macomb, Oakland or Wayne County court, give my office a call. We’re here to help, Monday through Friday, and can be reached at 586-465-1980.