In part 1 of this article, we began looking at DUI cases, particularly around the holidays, or when an arrest for an OWI charge occurs after something out of the ordinary, like after attending a concert or sporting event. I pointed out that a person should take his or her time when looking for a lawyer, and that he or she should be wary of both fear-based marketing tactics and appeals that make it sound like some lawyer has the special skill to make everything just go away. 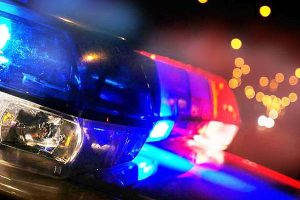 It’s a given that every normal person arrested for a DUI hopes there is some way out of it, and that maybe the whole thing can be dismissed – I certainly would! Sometimes, the police do make mistakes, and, if that happened in your case, you want to be sure the lawyer you hire can find and use that to your advantage. Although everyone probably knows this deep down inside, the fact that a person doesn’t normally do stuff like this, and was out drinking for something out of the ordinary, like a holiday party, makes no difference in terms of the case “sticking” or not.

The first order of business for any good DUI lawyer is to get the evidence, including (and particularly) the police car dash-cam video, and then carefully review it. Whatever else, you won’t find any problems with the evidence unless you look for them.

One key lesson I learned very early in my career from a veteran and excellent criminal defense attorney was the importance of the lawyer’s mindset as he or she scrutinizes the evidence. A lawyer should never examine the evidence wondering if anything is wrong, or was done improperly. Instead, it should be examined believing that something IS wrong with it, and that something WAS done improperly, and that it’s waiting to be found, hidden as it may be.

This mindset keeps the lawyer’s focus sharp so he or she won’t even miss the smallest of details. Instead of being complacent, and waiting for only the most obvious things to jump out, the lawyer is on a mission to find what it takes to win. Can you imagine a boxer going into a fight saying, “Well, I guess we’ll see what happens…”? A nonchalant attitude is NOT a winning attitude.

Still, the simple truth is that most OWI (Operating While Intoxicated) charges don’t get thrown out of court.

My team and I look for a way to beat every case we take, and in the course of doing that, even when there is no catastrophic failure of the evidence that will cause the whole matter to the be dismissed outright, we do find plenty of other things that can be used to drive a better plea bargain and create a better outcome.

All of this is part of properly handling a DUI case. There is an order to how things go. DUI cases unfold in stages, so let’s take a look at them. Here’s a very brief summary of the 5 main legal steps in a DUI case, as you’ll experience them:

1. Arrest (and release): You already know about this.

2. Arraignment: This is a court proceeding where your charge is read to you, you are advised of the maximum penalty under the law, your constitutional rights, then asked how you plead. Finally, bond and conditions of bond. In many cases, the arraignment can be “waived” by your lawyer so you won’t have to go to court for this.

If you do or must go, you ALWAYS enter a plea of “not guilty.” “Bond” is the amount of money you pay for release. Normally, whatever you posted to get out of jail will be enough, but if you didn’t post anything there, take $500 with you to court.

“Conditions” of bond are really the most important part of all this, because these are the things you must and must not do while your case is pending. These normally include not leaving the state without the court’s permission, not using alcohol or drugs, and periodically providing breath or urine samples (testing) to prove that you are in compliance.

3. Pretrial: This is the first “real” court date. This is when your lawyer meets with the prosecutor to discuss the case. There isn’t just one pretrial – there can be any number of them. Technically speaking, any meeting of the prosecutor and the defense lawyer prior to trial (pre-trial) is a pretrial. The ultimate goal of a pretrial is to figure out how to resolve the case without going to an actual trial.

Very few DUI cases go to trial because they are, overwhelmingly, a losing propositions. In 2017, for example, out of nearly 37,000 DUI arrests, only 35 people went to trial and won. That’s .09% (yep, point-zero-nine percent).

By far, most DUI cases are resolved through a plea, and plea deals are worked out at pre-trials.

Sometimes, if there is evidence to be challenged, a lawyer will file a motion to have it excluded, or to dismiss the case. These motions, which are filed before any kind of trial, are, not surprisingly, called pretrial motions.

4. Plea: Almost all DUI cases are wrapped up with a plea. Usually, the original charge made against a person is reduced through negotiations so that he or she can plead guilty a lesser offense (and, therefore, face less consequences).

This is called a plea bargain.

Sometimes, a plea deal can include a sentence bargain that calls for a specific sentence, which is particularly important in things like a 2nd offense case (where “no jail” actually matters) and for a reduced sentence in 3rd offense cases.

5. Sentence: This is what happens to you. If it’s a 1st offense case and you have probation, or even if it’s your 8th DUI conviction and you get sent to prison, whatever the Judge “does” to you is your sentence.

Often, but not always, a reduced sentence is part of a plea bargain.

Ultimately, success in a DUI case is best measured by what does not happen to you. No matter how you cut it, the less, the better. This is something a lawyer should be working toward from the very first moment he or she gets involved in a case.

It is important to note that the MOST IMPORTANT part of a DUI case takes place after your plea, but before you are sentenced. Variously called a “PSI” (for “pre-sentence investigation“) or just a “screening,” this involves you coming back to court on your own and being interviewed by a probation officer, whose job duties also include administering and scoring a written alcohol assessment test, and then making a written sentencing recommendation to the Judge.

This recommendation is based, in large part, on how well or poorly you score on the written alcohol assessment.

At the end of the day, the lawyer’s main job in an OWI case is to avoid and minimize as many of the potential legal consequences as possible. If you circle back to what you were most worried about right after your DUI arrest, it was “what’s going to happen to me?”

The key to what happens to someone is what is done to affect that outcome. Of course, who you are as a person matters. If your DUI came about after attending some kind of special function, then we want to use that, to the extent we can, to show that heavy drinking is NOT part of your normal social orbit. Exactly how that’s done, though, is a matter of finesse.

Beyond protecting a person’s ability to drive and his or her record, we need to avoid as much unnecessary counseling as possible. The court system has an inherent “alcohol bias.” This bias shows up early.  Remember, the law mandates that, prior to being sentenced, every DUI driver must be screened for both the presence of a drinking problem, as well as as the potential to develop one. DUI drivers, as a group are considered at higher risk group for such problems. Thus, every person in a DUI case starts off with a strike already against him or her.

The court system, for its part, is always inclined to be safe, rather than sorry, so that at a minimum, preventative counseling, often labeled as “education,” is usually ordered, even in the most benign of cases. It’s part of my job to help avoid, or at least minimize that.

Because I bring a clinical background to my role as a DUI lawyer, having completed a post-graduate program of addiction studies, my team and I are uniquely able to “prep” our clients so that they do better on the legally required alcohol screening, and therefore avoid any unnecessary classes or counseling.

Although it is common for someone to fear losing their job and to be worried about all kinds of nightmare scenarios when they first get a DUI, those things seldom happen, and almost never, in a 1st offense case, unless you work as a school bus driver or earn your living from a CDL.

Instead, the real-life consequences tend to be things like restrictions to the driver’s license, having to attend counseling, and do breath and/or urine testing. As much as those things might sound way better than jail right now, having to go and blow into a machine or pee in a cup 3 mornings a week gets old real fast. It’s better to avoid that in the first place.

If you are facing a DUI and are looking for a lawyer, take your time, slow down, and be a good consumer. Read around, and look for real information. Also, pick up the phone and call around. You can learn a lot about a lawyer or law firm by a simple phone call. When I’m the consumer, I HATE pressure tactics, so instead of trying to drag people in for a “free consultation,” all of mine are done over the phone, right when you call.

If your case is here, in the Metro-Detroit area (Wayne, Oakland or Macomb County) give my office a ring as you do your homework. We’re really friendly people who will be glad to answer your questions and explain things. You can reach us Monday through Friday, from 8:30 a.m. until 5:00 p.m., at 586-465-1980. We’re here to help.