As Michigan DUI and driver’s license restoration lawyers, we deal with alcohol, drinking, and the consequences caused by it every single day. In this article, I want to examine how a person’s true relationship to alcohol matters far more than any label about it, like the vague concept of an “alcoholic.” We’ll examine this in 6 parts: in this first and then the 2nd and 3rd installments, we’ll look at it in the context of DUI cases, and then, in the 4th,  5th  and 6th parts, within the framework of driver’s license restoration appeals. 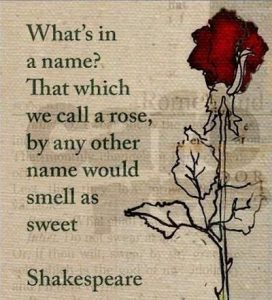 As DUI and driver’s license restoration lawyers, the daily experience we have with alcohol issues is broad and extensive: on the one hand, a DUI case can involve nothing more than an otherwise normal drinker having overindulged on a single occasion. On the other hand, we may have a driver’s license restoration client who has finally gotten sober after a decades of heavy drinking that has resulted in liver damage and multiple DUI’s. As lawyers – and because we neither punish nor treat people – they are usually willing to open up to us more than with just about anyone else. As a result, we have heard and seen it all over the years.

One thing we often hear from DUI clients, especially those who are repeat offenders or who have really high BAC results, is a concern that the court is “going think I’m an alcoholic,” or an outright statement that “I’m not an alcoholic!” In the bigger picture of life, it couldn’t matter less whether a person meets some fuzzy definition of “alcoholic” or not. Instead, what really matters is whether or not his or her drinking has begun to cause problems. As the saying goes, “anything that causes a problem IS a problem.”

Whatever else, we know that, in the context of a 1st offense DUI, on at least the one occasion of the person’s arrest, his or her drinking DID, in fact, cause a problem. As DUI lawyers, one of our most important jobs is to make sure that common sense prevails in the court system and that one incident of this nature isn’t seen for more than it is, because the idea that “anything that causes a problem IS a problem” surely contemplates more than an isolated, single bad occurrence.

Think of it this way: if someone is opening a can of beans, and he or she slips while doing so and cuts themselves, does it necessarily mean there is some kind of underlying “problem” with them and beans, or with cans?

While it’s true that opening the can of beans that one time did, in fact, cause a problem for the person, it doesn’t mean anything more than there was an accident on that occasion. Perhaps the person became distracted and looked away, and then slipped and cut his or her hand.

As another saying goes, “$hit happens.”

It would seem, then, that the idea that “anything that causes a problem IS a problem” is meant to imply that a person is inclined to such difficulties, usually by having a continuing complications or repeat episodes that share a common denominator.

We see this a lot with drinking and legal troubles. Nevertheless, we must be mindful of the fact that while it’s true that a problem can manifest itself in a single occurrence, it’s also true that a single occurrence does not necessarily mean there is any kind of problem, either, and that holds especially true when it comes to drinking and legal problems.

Let’s look at this in the context of a 2 different hypothetical OWI cases:

First, assume Dan has been struggling with a rather serious drinking problem for many years, but has never been pulled over. One night, his lucky streak ends, and Dan gets his first DUI.

In that case, his problem has manifested in a single DUI.

Next, assume that Sally, who hardly drinks, and, when she does, never over-indulges, attends a friend’s baby shower one day, and simply has a few too many. On the way home, while stopped at a red light, somebody rear-ends her, and, when the police show up, they detect the alcohol on her breath, and she tests out over the legal limit.

In Sally’s case, her DUI is NOT indicative of any kind of problem beyond that single episode of bad judgment; it just “happened.”

Using these illustrations as bookends to our working definition of “problem,” we can now return to the idea that anything that causes a problem IS a problem with a practical notion of what that means. This is particularly true when the cause of the problems is something familiar, like drinking, and the problems, even if they’re not big, are easy to ignore or overlook, at least early on.

In the real world, drinking problems begin without notice. The first signs are usually small things, like overdoing it a little more often than one should, or having an increased number of hangovers.

When this happens, people learn how to compensate: for example, it’s not unusual for some to deal with hangovers that make being productive in the morning more difficult by working harder in the afternoon to make up for lost time.

People don’t think about it at when it’s happening, but the first signs that something is amiss often fly under the radar (at least at the beginning), like when a person plans on not drinking on a certain day, but then, when they do, they blow it off by promising themselves to not drink the next.

Similarly, if they overindulge one night, they’ll plan on drinking less next time.

At first, when these plans and promises don’t pan out, a person will just repeat the cycle of making “deals” or promises with themselves to control or limit their drinking by planning, promising, and then falling short again (wash, rinse, and repeat…).

The development of an alcohol problem is a process. It never happens is that a person goes from being an infrequent, normal social drinker one day to being a daily, heavy drinker the next. Drinking becomes more problematic over time, although that time frame can vary significantly from person to person, and can range from months, at the low side, to decades, on the high side.

What’s really important about all this, though, is that how often a person drinks is NOT the measure of whether his or her relationship to alcohol has become troublesome.

Some people drink most days of the week and never have a problem, while other people can drink once every several years, but become loose cannons when they do.

Imagine that a person has only consumed alcohol 2 times in his or her life, but was arrested for a DUI each time, with the second case occurring 5 years after the first. Under Michigan’s DUI laws, he or she will be categorized as a “habitual alcohol offender” and will be presumed to have a drinking problem simply because he or she racked up 2 DUI’s within a 7-year period.

In the real world, very few people would be comfortable letting a person convicted of 2 DUI’s drive their kids to a birthday party if that person also said they were going to try drinking for the 3rd time once they got there.

The state, for its part, has decided that this kind of person is just too risky around alcohol to have a valid driver’s license, and thus it will be automatically revoked.

All of this becomes important because it forms the foundation of how anyone facing a DUI will be perceived and treated within the court system. We’ll stop here, and come back in part 2 to begin looking at how risk is attributed to those facing a DUI charge and why every person who walks into court for one is perceived as at least being “at risk” to have, or to develop some kind of troubled relationship to alcohol, and how that affects the way they’re treated.