In part 1 of this article, we began looking, within the context of a Michigan DUI case, at the importance of accurately assessing a person’s relationship with alcohol. I noted that getting an accurate picture of someone’s drinking is far more important than attaching any kind of label (like “alcoholic”) to it. We saw that, ultimately, it’s not how much a person drinks that matters, but rather what can happen when he or she does drink. In this second installment, we’ll continue looking at how this actually plays out in DUI cases, particularly in 1st offense DUI cases. 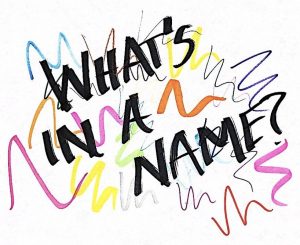 As I noted in part 1, there is merit – with caution – in the saying that “anything that causes a problem IS a problem,” particularly when it comes to drinking. If a person who has been drinking more than they should winds up getting a DUI, it usually doesn’t come as much of a surprise. However, it’s important to remember that there are also plenty of people who wind up getting a DUI simply because they made a mistake in judgment one night, and not because they have any kind of underlying drinking problem.

We basically characterized this as the difference between a one-time accident versus a likely consequence of ongoing, troublesome behavior. We then noted that drinking problems almost always begin unnoticed, and that the initial signs are easily overlooked. When things like hangovers start to become more than just a “fluke” occurrence, people are able to easily compensate for them. These “inconveniences,” small at first, are the first real signs of problematic drinking.

However, an OWI charge ratchets everything up to a whole different level.

Here’s what matters to anyone facing a drinking and driving charge: the court system has what is essentially a built-in “alcohol bias.” This is such an important topic that I have dedicated an entire section of this blog to it. In this piece, we’ll just cover the bottom line, but I encourage anyone facing a DUI charge to spend some time reading those articles, because they really help explain why the courts handle drunk driving cases the way they do.

The alcohol bias occurs because the courts operate upon based upon the well-established proposition that, as a group, DUI drivers have a higher rate of drinking problems than the population at large. Let me clarify what that means by using an example:

Imagine you were told to go out and find a group of 1000 people at random, with the only requirement being that they have at least normal intelligence. You were also told that it didn’t matter how you chose them, as long as it was done randomly, meaning you could get 20 from each of the 50 states, or you could pick 500 from north and 500 from the south, or get them all from Alaska, or pick them by shirt color, or whatever.

We’ll call these people “Group A.”

Next, you’re told to do the same thing all over again, but with 1 added condition: every member of this group must be someone who has either had, or is currently facing a DUI charge.

We’ll call these people “Group B.”

No matter what screening tools you use, nor how many times you screen them, Group B will ALWAYS test out as having a statistically higher incidence of alcohol problems than Group A. The simple fact is that there are more alcohol problems among DUI drivers than there are within the larger society.

This means, then, that everyone walking into court for a DUI does so as a pre-identified member of an at-risk (meaning higher risk) group.  This applies to everyone facing a DUI, including those who would otherwise be the least likely to ever get in trouble for either drinking or driving, much less for drinking and driving.

Over time, this mindset has led the court system to treat everyone the same, at least as far as taking preventative measures with person going through a 1st offense DUI.  In practice this means that, as a matter of course, every person who goes through the legal process will wind up having to complete at least some kind of alcohol education or counseling.

The operating principle behind this is “better safe than sorry.”

Consequently, it’s easy to understand why some people going through a 1st offense DUI feel like they’re being perceived and/or treated like “an alcoholic.” Although it’s a bit of an exaggeration, it is true that every 1st offense DUI defendant does wind up, at a minimum, essentially being treated as if he or she has at least the potential to develop a drinking problem.

There is another component to this, and it is a critical stage in the DUI process: when a person goes through a DUI, the law requires that, before he or she can be sentenced by the Judge, they MUST undergo a mandatory alcohol assessment. This is another important subject, and I’d suggest the reader explore some of my articles that examine it.

The mandatory alcohol assessment is a written test, administered by a probation officer, the answers to which are scored, using a scoring key. A person’s results are then compared to that key in order to determine if the he or she either has a drinking problem, or “tests out” as having the potential to develop one.

In effect, this test is used to “diagnose” a person.

In addition to completing the alcohol screening test, a DUI defendant will also have a one-on-one interview with a probation officer (even if by video, as we go through the pandemic). As part of his or her job, the probation officer is required to gather background information about the person and details about the case itself.

Then, taking all of these things into account, along with the results of the screening test, the probation officer must forward a written sentencing recommendation to the Judge advising precisely what kind of sentence to impose.

If there’s only one thing the reader takes from this article, then let this be it: Every Judge, in every court, follows these recommendations VERY closely, if not to the very letter. You will NEVER find any Judge imposing a sentence that, in some wholesale manner, is different from what was recommended.

This is why being thoroughly prepared for this part of a DUI case is critically important to the outcome. It’s also why our practice places great emphasis on making sure our clients ARE thoroughly prepared, both for the alcohol screening test and the whole probation information gathering/interview phase.

We’ll stop here, and return in part 3 to finish up our overview of the importance of accurately understanding a person’s relationship to alcohol within the context of DUI cases, and then, in parts 4, 5, and 6, we’ll move on to see how that plays out in driver’s license restoration cases.