In part 2 about the importance of accurately understanding one’s actual relationship to alcohol in a Michigan DUI case, rather than that just labeling it, I noted that it has been repeatedly demonstrated that, as a group, DUI drivers do have a statistically higher rate of drinking problems than the population at large. I then pointed out that this is not forgotten when a person undergoes the mandatory alcohol assessment and probation interview required as part of all DUI cases. 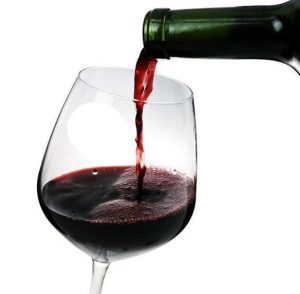 Remember, precisely because of the higher rate of drinking problems among DUI drivers, compared to the rest of society, everyone walking into court for a DUI is considered part of an “at risk” group, and proper preparation for the mandatory alcohol assessment and probation interview must take that into account. The very fact that a person has gotten a DUI is enough for just about every court, in just about every case, to see the person as at least a little bit risky, and therefore require him or her to at least complete some kind of alcohol education class, classes, or program.

If, as a result of that assessment and interview, a person is thought to be anything more than a minimum risk to either have, or to develop a drinking problem, then he or she will be almost certainly be required to complete some kind of counseling program in addition to, or instead of, a simple alcohol education program. With the kind of tests used by the courts, it is much easier to “score” a person as either having a drinking problem (or not), than it is to conclude he or she has an increased potential for one to develop. That’s where the risk really lies for anyone going through a drunk driving case.

Unfortunately, what often gets lost in all of this is that drinking “problems” come in all kinds of shapes and sizes. Most of us have been conditioned to think of an “alcoholic” as someone who drinks a lot, and usually drinks very frequently (often daily), as well.

That characterization is wrong, and also misses what should be the real point I’m driving at.

Instead of focusing on that stereotype of some cirrhotic, dried-up, last-gasp drinker, the reader should think of someone for whom drinking can lead to trouble, even if it only does so on rare occasions.  That’s the real measure of whether a person’s relationship to alcohol has become troublesome.

Remember, anything that causes a problem IS a problem

In part 1, I used a hypothetical example of a person who has only consumed alcohol twice in his or her life, but picked up an OWI charge each time, and therefore had his or her driver’s license revoked. I noted that even in that situation, the person’s drinking has led to problems. Now, let’s consider this far more likely scenario:

Assume that Moderate Mike drinks  3 or 4 times per week, on average, and typically has a glass of wine with dinner, and/or a beer or two while watching TV. Assume further that he had done this for nearly 20 years, but that about 6 years ago, he picked up his 1st DUI. He got through that okay, and returned to his regular drinking pattern after his probation for the 1st offense ended.

Unfortunately, last week, Mike was arrested for his 2nd DUI.

Mike is going to lose his driver’s license and be put through the legal wringer for this 2nd DUI. In his case, Mike’s use of alcohol, while usually not a problem, is the root cause of his current troubles. Here, the concept that “anything that causes a problem IS a problem” applies pretty clearly.

Although it seems obvious, it’s good to remember that even if something only causes a problem once in a while, it’s still a problem.

If, for example, the brakes of a vehicle work 99% of the time, that’s a problem…

The real point is that it doesn’t matter whether anyone facing a 2nd DUI has only drank twice in his or her life, or just drinks on special occasions, once every few weeks, or even most days of the week; what matters is that his or her consumption of alcohol, at whatever frequency, is the common denominator to his or her mounting problems (and why he or she won’t have a driver’s license for a long time).

A person doesn’t need to be any kind of “alcoholic,” or otherwise meet the arbitrary criteria of any such label in order to have a troubled relationship to alcohol. More important, the measure of that relationship is not, in and of itself, dependent on the frequency of his or her drinking.

Thus, the label “alcoholic” doesn’t really add anything to the conversation, or our understanding.

If anything, using the term “alcoholic” can put some people on the defensive and may delay their ability to see their use of alcohol as troublesome because they’ll be too freaked out over the negative connotations of that term to look beyond that.

When a person is charged with a 1st offense DUI, red flags go up in the court system, because it’s understood that he or she automatically presents with a statistically increased risk of either having an existing alcohol problem, or at least having a greater potential for one to develop.

Our job, as DUI lawyers, is to thoroughly prepare our clients for the mandatory alcohol screening test and make sure that the person is NOT seen as suffering from a drinking problem they don’t have.

Our goal is to avoid as many of the legal consequences as possible, and then to minimize, to the greatest extent possible, those that can’t be avoided outright.

In the case of a 2nd offense DUI, however, things are different.

The law proceeds on the basis that anyone racking up 2 DUI’s within 7 years does have some kind of issue with drinking, even if it’s only that, when they do drink (however infrequently), there’s a risk they’ll over-indulge, drive a vehicle, and put people in danger.

As a legal consequence, the person’s driver’s license will automatically be revoked, and he or she will only be able to get it back, after the legal revocation period has run, whey they can prove to the Secretary of State that they’ve given up drinking for good. This is done by filing a driver’s license restoration appeal (this will be the focus of parts 4, 5 and 6 of this article).

By the time a person picks up a 3rd offense DUI, everyone else knows that he or she has a serious alcohol problem, except, sometimes, the person him or herself. Denial can often cause a person whose drinking has, in fact, become a problem to be the last one to see it.

In fact, in many tragic cases (unfortunately, more than you might imagine), the person never sees it, and just keeps on drinking…

When you stop and think about it for a moment, what difference does it make what we call such a person: a problem drinker – a person having drinking issues – someone struggling with his or her drinking – or an alcoholic? The label we attach to him or her doesn’t change the facts or their underlying relationship to alcohol.

However you cut it, the DUI lawyer’s job is to protect the client, and understanding that labels make that harder is more important than it might at first seem.

What really matters is that if the nature of a person’s relationship to alcohol is relevant, as it is in DUI cases (and especially 1st offense OWI cases), then assessing it accurately is far more important than just slapping some vague label upon it.

You can call an apple an onion, and call the onion an apple, but that doesn’t change the character of either, does it?

We’ll stop here and return, in part 4, to begin examining the notion of “alcoholic” in the context of Michigan driver’s license restoration cases.