In parts 4 and 5 of this article, we continued our analysis of why it’s more important to accurately understand a person’s relationship to alcohol than it is to label it, having shifted our focus from DUI cases to in parts 1, 2, and 3, to Michigan driver’s license appeal cases in parts 4 and 5. Here, in part 6, we’ll finish this examination, pickup up right where we left off, and continue looking at the imprecise but ongoing use of the term “alcoholic” in license restoration cases, and why that’s important. 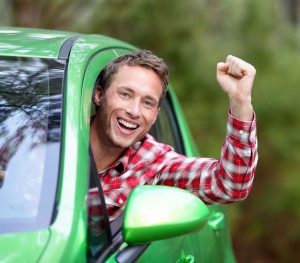 In the world of driver’s license restoration appeals, the idea that a person may be an alcoholic isn’t fixed in any kind of quest for diagnostic specificity, nor is using it an attempt to label someone as having a problem that’s somehow “worse” than it actually is. In a license reinstatement case, the term “alcoholic” is often used in the broadest sense – to describe someone who knows that he or she has come to a point where they simply can’t drink anymore. That a person understands this is crucial in a Michigan driver’s license restoration case.

Remember, to win a license restoration or clearance appeal, a person must prove 2 things, by what the law defines as clear and convincing evidence: First, that his or her alcohol problem is “under control,” meaning they haven’t had a drink in a legally sufficient period of time, and second, that his or her alcohol problem is “likely to remain under control,” which means he or she has both the ability and commitment to never drink again.

These issues are the real meat and potatoes of a license appeal case. Under Michigan law, anyone who has racked multiple DUI’s is categorized as a “habitual alcohol offender” and is seen as a risk when it comes to alcohol and driving, and that’s why his or her license was originally revoked. The Michigan legislature has drawn a line in the sand and decided that the only people who can win a license appeal are those who can prove that they are a safe bet to never drink again.

Whatever else, it is indisputable that people who do not drink are exactly ZERO risk to drive drunk.

For everything we can say about the term “alcoholic,” it has one thing going for it: whatever may or may not be meant by anyone using that term, it is broadly accepted that it describes a person who has a drinking problem and who should no longer be drinking whatsoever.

Thus, some “old school” hearing officers may very direct, ask a person, during a license appeal hearing, “do you consider yourself an alcoholic?”

It’s at this moment where a person’s understanding of the depth and nature of his or her problem – and not the label attached to it – becomes immediately clear.

It’s not that a person has to jump up and down and agree they’re an alcoholic; that’s not the case. However, in this moment, the reaction of a person is often very telling as to whether or not he or she really believes they actually have a drinking problem, or not.

More important, his or her gut reaction also shows whether or not they really believe that they can never drink again, or not.

Our firm’s experience is biased in that regard, because we only take cases for people who are genuinely sober. Genuine sobriety requires a person to have first accepted that his or her drinking has become problematic in some way, and then make a decision to live an alcohol-free life thereafter.

While my team and I don’t encounter any resistance to that in the setting of any license restoration case we file (nobody would ever get that far with us), we do see this kind of hesitation and lingering denial rather often among those who initially contact our office looking to get their license back.

That’s why we’re “tough,” and ask the most important question (when is the last time you consumed any alcohol?) of anyone calling about our services

When we accept a case, an important part of our jobs is to work with our clients to understand how terms like “alcoholic” and “drinking problem” and the like are used (and misused) in various contexts – particularly in the license appeal setting.

This makes it crucial for us to have our clients prepared to answer the question, “Do you consider yourself an alcoholic,” and NOT just by saying “yes,” especially if that’s not how they see themselves.

In fact, that’s about the worst thing a person could do, because if there is one overriding rule to license restoration and clearance appeal cases, it’s to tell the truth.

Hearing officers are EXPERTS at screening out BS. They sit and get lied to every single day, and  learn how to read people like a book.

In fact, there is no case where I would not prefer a client be a little bit fuzzy on some details but be obviously honest, rather than have them be a little bit shady on the truth, but otherwise able to keep his or her story perfectly straight.

You can’t fake the kind of honesty that is a hallmark of real sobriety.

For as complicated as this may sound, it’s actually quite easy – as long as the person has come to the point of truly accepting that his or her relationship to alcohol has, in fact, become problematic in some way, and that he or she has also reached the point where they accept that they cannot drink again, and have made the commitment to remain sober for life.

And that brings us back to main thing about driver’s license restoration and clearance cases: has the person just “had enough” so that he or she finally decided to quit drinking, and then made the changes necessary to stay sober forever?

When a person has done that, they usually aren’t overly defensive about labels. Sure, a person might quibble at the conclusion that they are or were an “alcoholic,” but they’ll quickly admit that their drinking was causing too many problems, and that they came to the point where they had to quit – for good.

And that’s the most important part of all of this – that the person has internalized the idea that he or she can’t ever drink again. Remember, the Michigan Secretary of State has drawn the line in the sand, and won’t give a license back to anyone who even thinks he or she can ever drink again. The only certainty to be found in all of this is that people who don’t drink are zero risk to drink and drive.

In the real world, there are, of course, some hard-core drinkers who realize that they’re an “alcoholic” by any definition out there, but who still drink anyway. Some have absolutely no interest in quitting, while others console themselves that they’ll put the plug in the jug someday, at some point later on.

What good is that? In other words, that kind of person COULD jump up and down and agree that they’re an alcoholic, but because they haven’t given up drinking are aren’t in any way sober, they have zero chance of winning a license appeal.

This is really the whole point of a driver’s license restoration or clearance case: proving that a person hasn’t had a drink for a long enough period of time and is committed to never drinking again. It matters less what one calls his or her prior relationship with alcohol than that he or she understands they simply can’t drink anymore, and affirmatively intends to never do so again.

Of course, this all has to be proven to the satisfaction of a hearing officer, and remember, he or she has to find that the documents, testimony and other evidence rises to the level of “clear and convincing.”

As Michigan driver’s license restoration lawyers, doing that is our job, and we’re confident enough in our ability to do it that we guarantee to win every first time restoration and clearance appeal case we take.

As a client, you can’t do better than that.

If you’re looking to restore your Michigan driver’s license, or need to clear a Michigan hold on your driving record, be a good consumer and read around. Read how other lawyers explain the license restoration process, and how they explain their approach to it. You can learn a lot by the articles and information a firm puts out.