Every single day, in our work as Michigan DUI and driver’s license restoration lawyers, my team and I get a first-hand view of the interaction between DUI penalties and license reinstatement issues. One thing we see all the time is that many people go through the whole DUI court process without any real understanding of the driver’s license consequences, and are then surprised at what happens later on. This is most apparent when a person comes to us for a driver’s license restoration appeal after having had his or her license revoked for multiple DUI convictions. 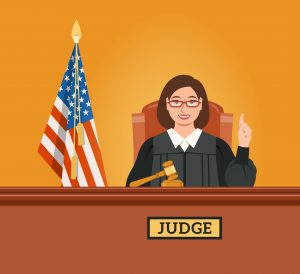 Often, they’re frustrated to learn about the Michigan Secretary of State’s rather demanding requirements for restoration, because nobody had ever thoroughly explained it to them at the time their DUI case was going through court. Although it won’t make things easier for anyone who has to deal with a driver’s license suspension or revocation, the fact is that the courts really have nothing to do with what happens to a person’s driving privileges, and therefore have no practical reason to fully understand how, why, or even when the Secretary of State does things.

Of course, without a solid understanding of how the Secretary of State’s license sanctions work, the courts are in no position to explain them, either. We won’t bother with a trip down memory lane, but it is important to note that, in the past, the imposition of license sanctions in a DUI case was entirely handled by the Judge. That changed in 1998, when Michigan’s drunk driving laws underwent a major overhaul, and the Secretary of State was put in charge of every aspect of DUI driver’s license penalties.

That change, part of what was known as the “Repeat Offender Legislation,” took all jurisdiction over driver’s license sanctions in DUI cases away from the courts and vested in the Secretary of State. From that point forward, when it came to drunk driving cases, Judges didn’t need to know about license penalties anymore, because they had no jurisdiction over any part of them.

Under Michigan law, a court cannot shorten, lengthen, or otherwise modify, in any way, a license action imposed by the Secretary of State as the result of a DUI conviction. Such actions are firm and final, and there are NO exceptions whatsoever.

Now, to put this in perspective, that change in the law took place 22 years ago. I have been a licensed Michigan attorney since 1990, meaning that, as of this writing, I’m in my 32nd year of practicing law. I had been a lawyer for about 8 years when those new laws took effect, so I was very familiar with the old way of doing things, when the court handled DUI driver’s license penalties, and, like everyone else at the time, had to learn what was then the new way of doing them.

By contrast, anyone who, as of today, has been practicing law for 22 years or less, will have never worked with DUI cases under the old laws, back when it was the court, and not the Secretary of State, who handled license penalties.

Today, all a Judge needs to know is that the Secretary of State handles all license sanctions in DUI cases.

Accordingly, the courts don’t have any practical reason to really understand what happens to a person’s driver’s license in a DUI case once they’ve done their part.

For example, the law provides that, after a conviction for a particular DUI offense, the Secretary of State must impose a specific license sanction. This leaves the courts to only handle legal issues of evidence and criminal (not license) penalties.

Here’s what all this means, and why it’s important: When a person racks up 2 DUI convictions within 7 years, or 3 convictions within 10 years, the Michigan Secretary of State must revoke his or her driver’s license, and person will automatically be categorized as a “habitual alcohol offender.”

The court has nothing to do with this, other than having handled the DUI conviction that put a person in that category.

What nobody is ever told, while going through their DUI case, is that, as a consequence of the “habitual alcohol offender” designation, a person will also be legally presumed to have an alcohol problem.

This is huge. The presumption that any person whose license has been revoked for multiple DUI’s has some kind of alcohol problem is CONTROLLING in the context of a driver’s license restoration appeal before the Michigan Secretary of State.

Even though all of this is the direct result of what happened in court, the simple fact is that the court has no control over any of it, and therefore, as we’ve noted, has no reason to know much about it, much less to be able to explain any of it.

Practically speaking, most lawyers don’t fully understand how a specific DUI conviction results in a specific driver’s license sanction, or what can be done about that, and when. They may know that a 1st offense DUI results in a restricted license, and that a 2nd or 3rd offense conviction will result in a revocation, but that’s often about as far as any such knowledge goes.

Unfortunately, that barely scratches the surface.

Because our firm concentrates in DUI AND driver’s license appeals, we have a thorough knowledge of the interaction between DUI and driver’s license issues. However, very few other lawyers do, precisely because almost nobody works in both fields as much as us, and therefore, they don’t really need to know these things.

It would certainly make our lives a lot easier if this wasn’t the case.

I point this out because it almost always falls to us, as both driver’s license restoration and DUI lawyers, to go through and explain everything to our clients, and even potential clients.

It would be a lot better for us if people were apprised of the long-term license consequences at the time of their DUI case, and not years later, when they call us to find out about getting their license back, and they tell us this is the first time they’ve ever heard any of this.

Of course, we explain all this to our DUI clients, but with around 30,000 DUI arrests in Michigan per year, we can only do our share.

To be fair to most Judges, lawyers and prosecutors, there isn’t much about license consequences that is relevant to evaluating the evidence in or otherwise handling a DUI case, at least from the purely criminal side of things.

Indeed, a lawyer’s first order of business, when retained to represent someone for a charge of Operating While Intoxicated (OWI, the actual term in Michigan for what everyone just calls a “DUI”), is to look for a way out of the case. No decision about any potential plea should even be considered before everything about the case and all the evidence has been closely examined.

No matter what, DUI charges do not dismiss themselves, and the only way to beat a case is to scrutinize everything, and fight anything that can legitimately be challenged. The simple fact, though, is that the vast majority of case do NOT get tossed out of court.

Only if and after it has been concluded that the case is otherwise “solid” should any kind of plea be considered. It’s then that what will happen to a person’s license becomes immediately relevant.

When there is no way to “beat” a 2nd or 3rd offense DUI charge, for example, then the lawyer should explain to the client that his or her license is going to be revoked, and that, in addition to the automatic “habitual alcohol offender” designation that follows, he or she will also be presumed, by law, to have an alcohol problem, and that this presumption is going to be at the very center of any license appeal he or she files down the road.

Beyond just telling a person that, the lawyer should explain what he or she should do about it in order to be in a position to win back their driver’s license as soon as possible.

In other words, it should be made clear that, when it comes time to file a license appeal, the Secretary of State is going to closely examine what kind of counseling or treatment the person completed, and how that impacted his or her relationship to alcohol (and/or drugs, as well).

It would be great if SOMEONE – either the person’s DUI lawyer, or somebody in the court system – could do this, but since these issues fall beyond the things they have to handle directly as part of the DUI case, that work just falls to us when people call later on, wanting to get their license back.

As I stated at the outset, a lot of people are surprised to learn all this. Some might wonder if we even know what we’re talking about (like we’d make it up…), and will be adamant that nobody told them about any of this at the time of their DUI case.

Often enough, although understandably, they become defensive. They’ll say things like “you want me to go in and admit I’m an alcoholic, but nobody said anything about that during my court case!”

They may recall it that way, but that’s not quite true, because under Michigan’s habitual offender laws, anyone sentenced for a 2nd or 3rd offense DUI will have to undergo some kind of counseling or treatment.

In other words, the Secretary of State doesn’t revoke a person’s driver’s license and the court doesn’t send them to counseling just for fun. Often, when people seem surprised about the notion that it’s presumed they may have or may have had some kind of troubled relationship to alcohol, my team and I wonder, Well, what did you discuss with your counselor while you were going?

It’s kind of hard to imagine that someone is sent to counseling for a 2nd or 3rd offense DUI, and the counselor doesn’t make clear that the person has some kind of problematic relationship to drinking, and then go on to talk about his or her alcohol use.

What else would they talk about, baseball?

On top of that, most Judges are pretty clear that anyone standing before them for a 2nd or 3rd offense DUI has some kind of problem with alcohol.

In fact, I can’t think of any Judge who would even let someone get away with saying they were merely unlucky for picking up a 2nd or 3rd DUI. Every Judge I know will be clear to any repeat alcohol offender that his or her drinking has put people at risk. That’s when they’ll order the person to NOT drink while on probation, to test to prove compliance with that “no drinking” order, and to attend counseling, if not AA and/or treatment, as well.

In other words, nobody leaves a courtroom after having been sentenced of a 2nd or 3rd offense DUI and reasonably believes that the Judge doesn’t think their drinking has become an issue, or that the charge was merely the result of them having been unlucky.

That said, in the rush of emotions a person will experience standing before a Judge for sentencing – particularly the fear of being sent to jail – most people aren’t in the frame of mind to pick up on nuances. Being able to walk out the front door of the courthouse, instead of being escorted through the back, is, understandably, everyone’s first concern.

We’ll stop here and resume our discussion in part 2.