In part 1 of this article, we began looking at how and why so many people who go through the court process for a DUI case are not properly – and one could even say – not even reasonably informed about what is going to happen to their driver’s license. Because responsibility for imposing DUI driver’s license penalties rests entirely with the Michigan Secretary of State, the court has no real reason to understand how things work, and this, in turn, leaves a lot of people uniformed. 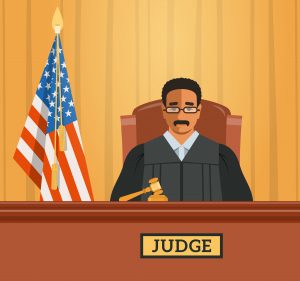 In other words, because it’s not directly relevant to the court’s role in handling a DUI case, nobody in the system explains to a person how a 2nd or 3rd offense DUI conviction is going to affect his or her ability to win back driving privileges down the road. In other words, a person will go through a DUI case and never be told by anyone in the court system that, when the time comes, he or she is going to have to show the Secretary of State what they’ve done to recover from the alcohol problem that the law presumes they have. Instead, explaining how all of this works falls to me and my team.

To be sure, this is all part of the work we have chosen to do as Michigan driver’s license restoration and DUI lawyers, but it still sucks that some people are moved through the court system without being informed about the driver’s license sanctions that will follow a DUI conviction. No matter what, anyone going through the DUI court process really should be provided with a clear explanation of what’s going to happen with their license, and when and how they’ll be able to get it reinstated, or, in the case of those with prior DUI convictions, file a appeal to have it restored.

Some people – especially those who have been through the Michigan DUI court process before – don’t wait for anyone to tell them that something is up with their drinking following yet another drunk driving arrest. There are people who get that 2nd, 3rd, 4th or even 7th DUI and then, as a result, come to realize that alcohol has become the common denominator to all their troubles, and just know that it’s time for them to quit drinking.

For others, the experience of being arrested again for a 2nd DUI is horrible enough for them to realize, as the old saying goes, that “something ain’t right here.” They have just grown tired of all the BS, and, as the AA people put it, are “sick and tired of being sick and tired.”

Yet there are some people who will either drink through all or part of their term of probation, trying to avoid detection, or else they’ll stop for a while, but count the days, ready to pick back up again once they’re no longer being monitored by the court. These are the folks who simply don’t “get it.”

Now, when you stop and think about that whole situation – that someone thinks drinking is so important that they’re willing to risk jail, or that they’re otherwise on countdown for the day they can imbibe once again – it’s pretty clear that something IS amiss, because, out of all of life’s priorities, drinking ranks that high.

The problem that presents for us, in our role as Michigan license restoration lawyers, is that a lot of people contact us, and some, like those who I’ve said don’t “get it,” think that just because they made through the court process and completed probation, they’ve paid their dues and have otherwise done what’s necessary to win a license appeal.

That’s when we have to tell them that having completed a DUI sentence is not enough, and then have to go on to explain that license appeals are all about NOT drinking.

Some will resist, and say things like, “but drinking is legal!”

Many will go on to insist that they no longer drink like they used to, or they only drink every once in a while, or only on special occasions, or only at home, or that, whatever else, they would never drink and drive again.

When we hear that, we have to bear down more, and explain further: After you’ve been convicted of multiple DUI’s, have been categorized as a “habitual alcohol offender,” and are legally presumed to have an alcohol problem, the Michigan Secretary of State has clear rules specifying who can win their license back, and when.

Let’s look at it, and then summarize what it really means. The main rule governing driver’s license appeals (Rule 13), states as follows:

Iv. That the petitioner has the ability and motivation to drive safely and within the law.

The simplified takeaway is that, in order to win a license appeal, a person must prove, by clear and convincing evidence:

1. That his or her alcohol problem is “under control,” meaning that he or she has been completely abstinent from alcohol (and drugs, including recreational marijuana) for a legally sufficient period of time (in our office, we will generally not move forward with a case until a person has been clean and sober for AT LEAST 18 months), and,

2. That his or her alcohol problem is “likely to remain under control,” meaning that he or she has the ability, commitment and tools to remain clean and sober for life. Put another way, a person must show that he or she is a safe bet to never drink (or use drugs, including recreational marijuana) again – ever.

Once a person’s license has been yanked for racking up multiple DUI’s, the Secretary of State is never going to screw around and take chances with anyone who even THINKS they can safely drink.

Instead, it’s going to take the safe bet and only restore driving privileges to those people who DO NOT drink at all, because, whatever else, people who don’t drink are exactly zero risk to ever drive drunk.

There is a lot to all that, but let’s jump over all of it, straight to another simple point: Our law firm is in business to earn a living, and we don’t do that by NOT taking cases. We have no good reason to turn anyone away other than the fact that we guarantee to win every restoration and clearance appeal case we take, so we can’t get caught up in accepting any that we can’t make into a winner in the first place and then get stuck doing warranty work.

When someone calls us and wants to hire us – give us money – to take a case, we have to rise above the temptation to just get paid, and be honest with them. That’s part of the beauty of our first-time win guarantee, because if we take a restoration or clearance case, we are obligated to stick with it until it does win.

If a case isn’t successful the first time, then we have to come back next year, and do the whole thing all over again, without any further legal fees.

“Do-overs” are a losing proposition, and our business model is predicated on winning all of our cases the first time around. We don’t make our money doing the same work a second time for free; we earn it by winning so that our guarantee doe NOT figure into things. Therefore, we are as invested in success as our clients, and our obligation to see any case through to a successful end is a complete disincentive to taking on any that we can’t make into a winner.

Most of the time, even those people who don’t understand the requirement to have quit drinking and be sober are grateful for our honesty, and leave our conversation with a lot to think about.

Some, though, get angry – as if we make the rules. The only thing we get out of talking to someone and then not taking their case is losing time and NOT getting paid. When we explain the whole license appeal system to someone, it’s because we’re honest, and we have a guarantee that protects them and protects us.

Still, the reader can surely understand how much easier it would make our lives if this was explained to someone at the time of his or her DUI. About the only silver lining for us is that when my team and I handle OWI cases, we go over all of these issues with our clients.

If you are facing a DUI charge, or you’ve been convicted of multiple DUI’s and are looking to get your driver’s license back or clear a Michigan hold on your driving record so that you can get a license in another state, be a sharp consumer and read around. Pay attention to how different lawyers explain the DUI and license restoration processes, and how they explain their various approaches to these cases.