As Michigan DUI lawyers who concentrate in DUI and driver’s license restoration cases, my team and I have to pay close attention to details. Of course, there can be big and obvious differences between various kinds of cases, but often enough, what matter most in a DUI or driver’s license restoration case comes down to something very small. The idea for this article came from this line used several times in a great book I just finished, called “The Midnight Library” by Matt Haig: “Never underestimate the big importance of small things.” 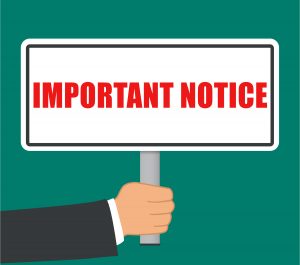 Unlike most of my other articles that tend to examine some particular aspect of either the court or the driver’s license appeal process, this piece will be more of a survey about how little things, like a few seconds one way or another, and even a person’s attitude, can dramatically affect a DUI or driver’s license restoration case. Although the idea that small things can have big importance applies to just about every possible situation in life, it really hits home in drunk driving and driver’s license appeal cases, where it can make all the difference to the outcome.

For example, a person cannot be charged with a 2nd offense DUI unless he or she has a prior conviction for another DUI within 7 years from the date of his or her arrest for the subsequent charge. My team and I have literally had cases involving a person being arrested just after midnight the very day that 7 year window had closed, sparing him or her from being charged as a 2nd offender, and plenty of other cases where the arrest took place a mere day or two inside – or outside – of that 7-year window. Thus, never underestimate the big importance of small things.

Consider this: a mere 1/100th percent (0.01) increase in a persons BAC result is the difference between him or her being charged with a regular DUI (Operating While Intoxicated, or “OWI”) rather than the more serious OWI with a BAC of .17 or Greater (High BAC) offense. In the DUI world, experience teaches that it’s almost always the small things that matter most to the outcome of a case.

Someone who collides with a police car while driving drunk probably doesn’t have to worry so much about the little details leading up to his or her initial police contact, but almost everyone who manages to beat a DUI charge will so precisely because of little details.

In other words, the small things matter.

It’s the same in driver’s license restoration cases, where a single word, or even a different arrangement of the same words in a sentence, can be the determining factor as to whether an appeal is granted or denied.

The idea that small things can have a big impact on a case goes well beyond things like word choice, dates, or numbers. In fact, one of the biggest consequences from what seems like a relatively small thing has to do with a person’s attitude.

It’s a given that nobody likes losing their driver’s license. When that happens to someone after he or she has racked up multiple DUI’s, however, they have no choice but to accept it – not because they want to, but rather because they have to – since it’s out of their control, like the rising and setting of the sun.

No matter how much a person may want or need to drive, there is a specific process in Michigan that must be followed to win back a driver’s license that has been revoked for multiple DUI’s, and that can only begin after a person becomes eligible.

Specifically, that process requires filing a formal license appeal with the Michigan Secretary of State, and then proving, by what the law defines as clear and convincing evidence, that the person’s alcohol problem is both “under control” and “likely to remain under control.”

An alcohol problem is considered “likely to remain under control” when a person can demonstrate both the ability and the commitment to remain alcohol-free for life. In other words, a person must show him or her self to be a safe bet to never drink again.

Here’s why this matters: Under Michigan law, any person who racks up 2 DUI’s within 7 years, or 3 DUI’s within 10 years will have his or her driver’s revoked because he or she will be legally categorized as a “habitual alcohol offender.” This categorization is automatic.

As a consequence of being categorized as a “habitual alcohol offender,” a person is also presumed to have an alcohol problem. This, too, is automatic.

However much one may dislike the way this works, and as the saying goes, it is what it is.

When someone does file a license appeal, the Secretary of State hearing officers are going to scrutinize his or her attitude every bit as much as his or her evidence.

Without fail, there is a sub-set of people who get really angry about all of this. They’ll usually express it by saying something like “this is bull$hit…!”

However, when someone shows up for a license appeal hearing, having been humbled after having lost his or her license for multiple DUI’s, that attitude stands in stark contrast to the person who is mad at the world for their predicament and calls it “bull$hit.”

Attitude may seem like a small thing, but it makes a big difference when it comes to license appeal cases.

And it also matters within the context of a criminal or DUI case, as well. Judges pick up on things like a person’s body language just as well as his or her spoken words, and when they can sense that someone is genuinely remorseful for their situation, it helps.

When someone successfully challenges the evidence in a DUI case, it’s almost always because of something small – with big implications. As driver’s license restoration and DUI lawyers, our job is to carefully examine the evidence for these small details, and then know what to do with them.

I can relate to this in my own life from a different perspective: I play guitar. I take my guitars in for maintenance to a local technician who will often run a file through this or that part, adjust a screw 1/4 turn here or there, or otherwise make the smallest change that dramatically improves the playability of and/or sound I get from the instrument.

Of course, there are almost endless examples like that, but they all make the same point, which is simply that one should never underestimate the big importance of small things.

My team and I never do.

In that regard, one of the key things that separates a great lawyer from one who is merely good is his or her attention to detail and ability to use the small things to the client’s advantage.

If you are facing a DUI charge, or looking to win your license back, be a good consumer and read around. Read how other lawyers explain things, and how they explain themselves. There is simply no downside to exploring your options, and you should absolutely compare attorneys.

My team and I can handle any Michigan driver’s license restoration case no matter where you live. By contrast, we concentrate our DUI practice within the Metro-Detroit area, meaning anywhere in Wayne, Oakland, Macomb, Lapeer, Livingston, St. Clair or Washtenaw Counties.