One of the most common questions I get as a Michigan DUI lawyer and driver’s license restoration attorney is if there is anything a person can do to get a restricted license after it gets revoked for a 2nd or 3rd (or subsequent) drunk driving conviction. Under Michigan law, a person’s license is revoked for a minimum of 1 year for 2 DUI’s within 7 years, and a minimum of 5 years if they’ve racked up 3 drunk driving convictions within 10 years. Although I usually go to great lengths to explain this, often several times, people almost always still ask, “is there some way for me to get a restricted license at least to go to work.” The answer, of course, is no. 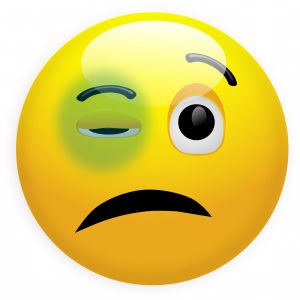 Almost without fail, the next thing I get asked is something like, “how am I supposed to keep my job?”, or “how do they expect me to support my family?” In this article, what I want to make clear is that the law not only “doesn’t care,” but it actually intends for this to hurt. In the grand scheme of things, the law is fashioned so that the hardship of not having a license is something that should have been considered before a person gets another DUI. One of the Michigan Secretary of State’s Administrative Hearing Section (AHS) hearing officers (these are the people who decide driver’s license restoration appeals) explains it, when people characterize their DUI record as “a mistake,” like this: “A mistake is when you date something using the last year, right after New Year. When you drove drunk, you committed a crime, and when you did it again, you became a habitual criminal.”

I fully understand that people don’t go out and intend to drive drunk, nor do they intend to endanger anyone when they do drive after having had too much to drink. For most people, a DUI is a genuine mistake in judgment, but, as that hearing officer points out, that mistake is also a crime. When a person gets a 2nd DUI, much less a 3rd, he or she is legally categorized as a habitual offender, and the law states that he or she is too great a risk to allow back on the road. The revocation of a person’s driver’s license is a safety measure for the public as much as it is a punishment for the driver. If it doesn’t hurt, then what good is it? In that sense, even though the written law has no mechanism to “feel” anything, and therefore cannot “care” whether something is good or bad, to the extent the people who wrote it thought about the effects of revoking a person’s license, you can be sure they wanted it to sting.

This means that the answer to questions like, “How am I supposed to get to work?” is, “That’s your problem.” In fact, in the world of license restorations, it is not uncommon to hear that what motivated a person to finally quit drinking were the losses he or she suffered. A few days before this article was written, I won a license back for a man who explained to the hearing officer that his 4th and final DUI cost him his job, and, in turn, his house, and those losses were really what made him hit bottom and realize that drinking was the common denominator to all the things that had been going wrong in his life. That was his wake-up call to get sober.

Inevitably, however, within the context of 2nd and 3rd offense DUI cases, people keep asking the same thing in different ways. No matter how clearly it is explained that, under Michigan’s DUI law, there is nothing that can be done, they will still ask if there is any possible way to get a restricted license. You don’t need to be a psychologist to realize people genuinely and understandably freak out over this, and given the importance of being able to drive, at least to work, people feel there must be some way to get some kind of license…

This isn’t just some consequence of Michigan’s DUI laws, it is an intended consequence. Back in 1998, the legislature passed sweeping reforms to Michigan’s drunk driving laws, and specifically eliminated hardship appeals for a restricted driver’s license once a person had it revoked for multiple DUI’s. In other words, this wasn’t just some by-product of the new laws, but rather the targeted and specific elimination of the ability to seek any kind of hardship license in court.

Not to be too dramatic about it, but if a person has a life-threatening medical condition that requires getting treatment and he or she needs to drive to stay alive, the law has no mechanism to even consider that. In other words, that person will have to find alternative transportation, die, or choose to drive illegally.

Now, on paper, this all makes sense, but in the real world, 99% of all people facing a 2nd offense OWI will ask about getting some kind of restricted license again and again, often by trying to frame the issue or the question differently. In some states, they have what’s called an “occupational license.” The scope of that doesn’t matter here, because Michigan has no such thing, nor anything like it. If your license gets revoked in Michigan, it’s gone for good (or at least until you have it formally restored). The only exception to this is for someone who participates in a sobriety court program as a result of his or her last DUI.

The end result is that some people will be luckier than others. It may not seem fair, but it is what it is.

The bottom line to all this is that, with the exception of being in sobriety court, if you have your license revoked for a 2nd DUI within 7 years or a 3rd within 10, there is absolutely, 100 percent, NO WAY to get any kind of restricted license, no matter how bad you need one, and no matter what kind of consequences will result from you not having one. The only thing you can do is wait until you become eligible to file a license restoration or clearance appeal, and go from there. In the meantime, there is no option or potential option for you to be able to drive legally. As much as this sucks, remember, it was meant to suck. Royally.

If you are facing a DUI or need to have your driving privileges restored, be a good consumer and read around. This blog has more than 780 DUI and license restoration articles, as of this writing, so it’s a good resource. Although that’s more than you will probably find everywhere else combined, you still should read what other lawyers have written. After you’ve read around, and if you’re looking to hire a lawyer, call around. You can reach my office Monday through Friday, from 8:30 a.m. until 5:00 p.m. (EST), at either (586) 465-1980 586-465-1980. All consultations are done over the phone, right when you call. We are very friendly people, and we’re here to help.