Underlying every Michigan DUI case, and just about everything that happens in it, is the “alcohol bias” in the court system. In fact, it can be argued that this alcohol bias essentially controls how DUI cases proceed through the legal system. This is not to suggest that there is anything malicious about it, because the bias exists independent of anyone’s intentions (good or bad). Understanding the alcohol bias is key to really understanding the court system, and the reasons for the DUI process. Being able to see how the alcohol bias influences those who work within the court system helps explain why it directly and significantly impacts every single DUI case. 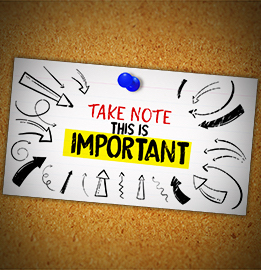 I have written about the alcohol bias before, but in this article, I want to really dive into it. This multi-part installment will be, by far, one of the most important of the more than 425 DUI articles I have written and published to date, and will have its own section within my blog topics, as I anticipate linking back to it often. What will be covered is fundamental to why courts do the things they do in DUI cases. It’s important to note that the alcohol bias is largely subconscious, generally operating below the awareness of those who work within the court system. Just like oxygen, the alcohol bias may be invisible, but it is also everywhere.

The big impact of the alcohol bias, at least in 1st offense cases, is that anyone coming into court for a DUI is assumed to be at-risk to be a problem drinker. Therefore, this person should be ordered to take a break from all drinking and be required to provide breath and/or urine samples to prove that he or she isn’t. The alcohol bias is grounded in fact; studies have consistently shown that, as a group, DUI drivers have a higher incidence of alcohol problems than the population at large. The real-world implication of that is that anyone walking into court for an OWI charge does so as an identified member of an at-risk group. If a lawyer doesn’t fully comprehend and start from this point, then his or her client begins with a disadvantage.

For DUI lawyers like us, fully understanding the alcohol bias is integral to properly handle a drinking and driving case from the very outset, and key to obtaining the best results possible. The alcohol bias is so pervasive, it affects every person arrested for drunk driving, before the first legal step is ever taken in court.

Even though the alcohol bias is empirically verifiable, that’s not what drives it in the courts. It didn’t come about because of studies or clinical analyses, but rather because Judges and people in the court system see certain things – the same things – day after day. When a person does anything long enough, they begin to see patterns, and within the court system, one of the more obvious patterns is that a lot of DUI drivers do, in fact, have problematic relationships to alcohol.

Whatever else, nobody gets charged with OWI because they didn’t drink too much.

Thus, the very first thing a court will do at the arraignment (if this step is waived, then it will happen at the person’s first court appearance) is issue a “no drinking” order as a condition of bond, while a person waits for his or her case to be resolved. Normally, a Judge will say something like “you are not to consume any alcohol or take any controlled substances without a valid prescription.”

No matter how they phrase it, every Judge makes clear that “no drinking” means no drinking whatsoever. This prohibition goes along with other requirements, like not leaving the state without permission, etc. To ensure compliance with the “no drinking” order, the person will also be ordered to do periodic breath and/or urine testing.

It’s a simple thing, really – the Judge has ordered that if you don’t drink, you can stay out of jail while your case is pending.  You’d expect that, given the clarity and simplicity of this, everyone, or at least almost everyone, would stay in line.

A WHOLE LOT of people not only drink, despite having been ordered not to do so while out on bond, but also wind up getting caught doing it because they test positive for alcohol. Who knows how many manage to get away with it, but the number of those who don’t, and who get “busted” only serves to bolster the notion that DUI drivers, as a group, do, in fact, have a lot more drinking problems than the general population.

Sit in a local district court (like the 52-3 district court in Rochester) someday, and you’ll see just how many people are brought before the Judge because of a positive test result for alcohol, despite being ordered to not drink as a condition of bond. To the uninitiated, it is truly astounding.

This revolving cast of violators only serves to reinforce the alcohol bias.  It basically screams that a considerable segment of people – already part of an at-risk group – can’t even hold off from drinking while under court order to do so, and while being tested, no less. The message, heard loud and clear within the system, is that DUI drivers do require special handling and monitoring, because a lot of them do have some kind of troublesome relationship to alcohol.

Remember, all this bond condition stuff happens before any of the substantive legal steps of a DUI case take place. We haven’t even gotten to that, yet.

Of the more than 31,000 people arrested for drinking and driving in Michigan in 2018, a mere 1.35% wound up “getting out” of a DUI by having their case thrown out of court, while only .153% (yes, that’s zero-point-one-five percent) were acquitted after trial.

Those are miserable odds. That means nearly 99% of the people who go to court for a DUI don’t get out of it.

At any rate, these numbers are consistent from year to year; in 2017, for example, out of the 31,000-plus people arrested for DUI, only about 1.3% of them had their cases thrown out of court, and less than .09% (yes again, that’s point-zero-nine percent) were found “not guilty” after trial.

What this means is that almost 99% of people who go to court for a DUI will ultimately work out some kind of plea, while only about 1.5% or less of all people will “get out” of it in some way.

The takeaway here is that Judges, police, prosecutors, and people who work in the courts don’t see a lot of innocent people falsely charged with an OWI offense.

This is the statistical reality.

These are the real, verifiable facts.

And if that’s not enough, the court system’s experience with these incredibly one-sided facts seems to have affected the application of the principle of “innocent until proven guilty.”

It is precisely because of the alcohol bias that it is standard practice here, in the Metro-Detroit area of Oakland, Macomb and Wayne Counties to require anyone charged with a DUI to undergo testing (meaning breath and/or urine) as a condition of bond, while they await disposition of their case.

Although it is lawful to impose a “no drinking” order as a condition of bond, the idea of a person being forbidden from consuming any alcohol while his or her DUI case is pending, and being tested to make sure he or she doesn’t, sure feels like the whole presumption of innocence thing has been turned on its head.

Statistically speaking, the presumption innocence doesn’t pan out very much in court when it comes to DUI cases.

Nearly 99% of the people walking into court for an OWI charge are going to walk out with some kind of DUI conviction on their record. I won’t go so far as to say that the presumption of innocence has been completely lost, or is ignored outright by the courts when it comes to DUI cases, but given these numbers, it sure does take a backseat to someone having to prove themselves compliant with a no drinking order by having to test as a condition of bond, making it feel like an afterthought, at best.

Thus, the “alcohol bias” is simultaneously reinforced by these realities that:

As a group, DUI drivers are much more likely to have a drinking problem than the general population.

Year after year, less than 2% of all people walking into court for a DUI ever “get out” of it in any way,

Lots of people under a bond condition order to not drink, and required to do breath and/or urine testing to prove they’re complying, get caught drinking, nevertheless.

We’ll stop here for now, and continue our examination of the alcohol bias in part 2.