In part 2 of this article, we continued our in-depth examination of the alcohol bias in DUI cases. Here, in part 3, we’re going to keep going, and we’ll begin by exploring how police car dash-cam video reinforces the bias. From there, we’ll move on to the “it will never happen again” promises Judges hear every day, and then conclude this section by noting the ultra-important role of the probation officer, which we’ll analyze more fully in part 4. The point I want to drive home right now is that what Judges and the rest of the people in the court system (including probation officers) see and hear every day only reinforces the alcohol bias and their existing notions about drinking and DUI drivers. As DUI lawyers, it crucial for us to understand this, and help each client navigate around it, rather than letting him or her plow straight into it. 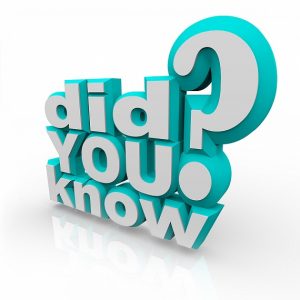 One of the most “visible” reinforcers of the alcohol bias is video, and specifically, video of traffic stops, field sobriety tests and DUI arrests. It is pretty much standard practice, in our office to obtain and watch the police-car, dash-cam video in every DUI case we take. Along with that, we’ll often obtain any other related videos, like the booking video, or body-cam video, or any other video that we think relevant. Over the years, we have seen more DUI arrest videos than we could possibly count. We do this to find something we can use to get a case knocked out, or to drive a really favorable plea bargain.

Videos can be great, but it must be used in a very calculated way. For example, in one particular DUI case that I managed to get dismissed, I presented only the specific, limited part of the video – up to the traffic stop – that showed how my client was NOT driving erratically, contrary to what the police officer had described in the written report. For strategic reasons, I stopped the video at the very point when my client stopped his car and didn’t present anything that happened afterwards.

Here’s why: years ago, a Judge friend of mine once mentioned that lots of lawyers present video to dispute the evidence, but in doing so, and because they let the whole video play out, he couldn’t help but also see that the defendant was clearly intoxicated.

It seems that many lawyers don’t know better. We certainly  do.

Aside from how that kind of presentation may or may not affect a Judge being asked to rule on a specific evidentiary point in a case, and whether or not he or she can see past the defendant’s obvious intoxication, the larger point I want to make is that if you watch most DUI arrest videos long enough, it becomes clear that the driver was, in fact, drunk. In some cases, it’s sloppy, slurred-speech, falling-down drunk, while in others, the person may not seem out of sorts until asked to perform field sobriety tests, but in most of them, you can’t miss that the person is intoxicated.

The upshot of all this is that the more DUI arrest videos someone sees, the more the alcohol bias is further reinforced. Watching dash-cam videos from OWI arrests is like watching a parade of drunk people. And make no mistake, any Judge will see more DUI traffic stop and arrest videos than you could ever imagine over the course of his or her career.

To underscore what I’m driving at, over the years, we’ve had any number of clients in our office watch the video of their arrest. Most of these people, prior to seeing their video, would say that, at the time of their arrest, “I didn’t think I was that bad” in terms of being intoxicated. Most often, we’d get to a part of the video where it became obvious that they were drunk, and one of the more common things we’d hear is something like “Turn it off; I’ve seen enough.”

If video isn’t bad enough, then there are the promises Judges hear every day.

Almost every person convicted of a 1st offense DUI will say that it will never happen again. Every 1st offender wants the world (and the Judge, in particular) to believe his or her DUI is a one-off, and that there will never be a repeat performance.

While that seems more believable in some cases than others, in the real world, plenty of people who don’t seem like they’d ever get arrested for even a single DUI wind up coming back for #2. The courts are keenly aware that every 2nd and 3rd DUI offender was, at one point, a 1st offender who almost certainly said it would never happen again.

When a Judge looks over and sees a well-dressed, gainfully employed professional back for his or her 2nd or 3rd offense DUI, it’s a reminder that an alcohol problem can exist quietly, and sometimes escape detection, even within what seems like an otherwise stable person. These experiences, rather common in courtrooms everywhere, do nothing but reinforce the alcohol bias.

Clinically speaking, it is a fact that virtually everyone facing a 2nd offense DUI has a drinking problem, and it is completely settled that any person dealing with a 3rd offense DUI does, in fact, have an alcohol problem (and a serious one, at that).

It is because of the alcohol bias, and its consistent reinforcement by those who can’t stop drinking, no matter what the potential consequences, that the court system has made it standard practice to order some kind of remedial, rehabilitative or protective measure(s) in all DUI cases.

These measures range from a minimum of education in more straightforward, or “easy” cases, all the way through rehab and treatment in those that are more serious, like repeat offenses. Over the years, the classes, counseling and rehab that DUI offenders are required to complete has grown more elaborate and involved.

Everyone in the court system believes in making sure every 1st DUI offender at least gets some kind of education (or counseling, if needed), and is made to take a break from drinking following a DUI arrest. There is simply no downside to requiring something that increases the possibility that something a person may hear through education or substance abuse counseling, or that any court-ordered hiatus from drinking, might be helpful in dealing with or heading off a drinking problem. This mindset is shared by Judges and probation officers, alike.

If there’s one thing that should have become clear by now, it’s that the alcohol bias exists because it is, after all, grounded in fact and reinforced daily.

Just because it’s “grounded in fact” does not mean, however, that the alcohol bias is always right. While it is true that DUI drivers actually do have a higher incidence of drinking problems than the population at large, this does not mean that EVERY person arrested for a 1st offense DUI has a drinking problem, nor does it even mean that most of them do.

It just means that DUI drivers, as a group, have a higher rate of troubled relationships to alcohol than the population at-large. We have to be mindful of this, and never let anyone in the court system lose sight of that fact, either.

This is where the bias may have gotten a bit ahead of itself. For all the numbers and statistics, one fact that tends to get glossed over is that, at least among 1st time DUI offenders, most of them do NOT have a drinking problem. Sure, as a group, DUI drivers do have a higher incidence of alcohol problems than the population at large, but those with a problem are still a minority among all those arrested for a 1st offense DUI.  For most people, the whole miserable experience of being arrested for a DUI will be a “one and done” thing, and they’ll never be back.

The court system, though has developed a kind of “catch all,” prophylactic approach that puts almost every person convicted of a DUI offense through some kind of alcohol education, independent of any verifiable need for it. This is a direct result of the “better safe than sorry” attitude that is a consequence of the alcohol bias.

All of this concern about being at risk for a problem to develop, or whether or not a person does, in fact, have a drinking problem, is limited to 1st offense cases. By law, all 2nd and 3rd offenders (in Michigan, there is nothing higher than a 3rd offense, so even if someone is facing his or her 12th DUI, it will be charged as a 3rd offense) are presumed to have an alcohol problem and legally categorized as “habitual alcohol offenders.”

Practically speaking, nobody in the court system will so much as even consider the possibility that anyone facing a 2nd or 3rd offense DUI doesn’t have a drinking problem. This means that what we’re discussing here, about the alcohol bias, is most relevant to 1st offense DUI cases.

Nevertheless, a solid clinical understanding of the development, diagnosis and treatment of alcohol problems is very helpful to producing a better outcome when representing a person accused of any DUI charge, whether it’s a 1st, 2nd, or 3rd offense.

When it seems warranted (and we need to understand that term is used rather loosely), some 1st offense DUI drivers will be sent for counseling, or even treatment, instead of merely being required to complete an easier educational class, or short educational program.

Everyone convicted of a 2nd or 3rd offense can count on some kind of  longer-term counseling, at a minimum.

The probation officer’s role central to all of this because it is his or her job to assess whether or not a person has a drinking problem (and, if so, determine how serious), or is otherwise at risk to develop one, and then recommend what kind of education, counseling or treatment should be ordered.

We’ll stop here, and come back, in part 4, and begin looking at the absolutely crucial role of the probation officer in DUI cases, and how the alcohol bias impacts that.