In part 5 of this article, we continued our examination of the alcohol bias in DUI cases, particularly in the context of the mandatory alcohol assessment, PSI (pre-sentence investigation), and the sentencing recommendation written by the probation officer and used by the Judge in deciding what kind of punishment to impose. I pointed out that, however well-intentioned they may be, neither the probation officer nor the Judge are practicing therapists, and that sometimes, the courts have notions of “helping” that are at odds with better clinical practices. Here, in part 6, we’ll zero in on exactly how and why the alcohol bias affects the outcome of a DUI case, how, over time that has changed the way courts do things. 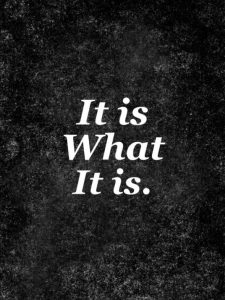 My goal here is not to characterize the way things are done in DUI cases as overtly negative, or as the result of any kind of bad intentions. Instead, I just want to point out that it is what it is. If you have to go to court for a DUI, there is an established way of doing things that you’re going to walk straight into. It’s important to understand that not only does the alcohol bias account for how and why things are done as they are, but also that the bias tends to feed itself, and, over time, changes the way the courts process DUI cases. The bottom line is that things have consistently gotten “tougher,” in DUI cases, and there is little reason to believe that trend will ever change.

As I’ve tried to make clear, the alcohol bias is not only rooted in fact, but it is confirmed and reinforced by experience. Even if the court system was staffed by experienced substance abuse counselors, the alcohol bias, notwithstanding that it would be less of a factor precisely because of their clinical experience, would still not disappear completely. As much as any counselor may know about alcohol problems, they are not Judges or probation officers, and for as much as any Judge or probation officer may know about alcohol problems, they are not counselors, either.  Although counselors may regularly deal with DUI drivers, they do it in a context very different than the courtroom, or probation office.

At the end of the day, and no matter how cut it, therapists are in the “helping” business, and courts are in the “punishment” business. For as much overlap as there may seem to be un DUI cases, that’s the cold, hard and simple truth.

The existence of the alcohol bias not only affects every stage of DUI cases today, but it has done so for decades, and is the primary reason for all the changes in the way Michigan OWI charges are handled in the courts. Of course, things are different today than they were a mere 10 years ago, but they were also different 10 years ago than they were the decade before that (20 years ago), and so on.

Over the last 30 years, what has been typically ordered in DUI cases has changed in terms of both bond conditions, while the case is pending, and with respect to terms of probation, after sentencing. To be clear, I specifically mean that things have gotten a lot more involved (meaning tougher), and that’s mostly, if not entirely attributable to the alcohol bias.

A little history lesson about Detroit-area DUI cases will help:

Back nearly 30 years ago, when I began practicing law, a person could get a DUI, pay a fine and be done with it. If a person was required to do anything beyond pay money, it was almost always limited to some kind of 1-session alcohol impact panel.

Soon enough, it became normal for a person to be put on probation following a DUI. As part of that, some Judges specifically ordered that a person could not drive after drinking any amount of alcohol, meaning that, back then, drinking was NOT completely forbidden while on probation, at least by some Judges.

By the early 1990’s, having to complete some kind of alcohol “impact panel” after a DUI became a minimum standard in almost all drunk driving cases.

Around the same time, all Judges began to disallow drinking while on probation, and, in time, Judges began to order random testing (usually carried out by the probation officer, when a person would show up to report) to ensure a person was staying abstinent.

When the first “testing facility” opened, it changed the game, and soon enough, by the early 1990’s these places were popping up all over the place. Almost overnight, many (although not all) people given probation for a DUI were required to test more frequently, at these places, to make sure they weren’t drinking.

By the mid-1990’s, the idea of requiring people to test to prove they were complying with a “no drinking” bond condition was first tried. It didn’t catch on like wildfire, but its use grew steadily, eventually becoming the norm in Oakland County, and then finding its way into both Macomb and Wayne Counties, where it is standard practice now.

One of the biggest reasons for the growth of testing as a condition of bond was the sheer number of people, who, despite being ordered NOT to drink, did so anyway, and got caught, even though they knew they were subject to testing.

Nowadays, testing while on bond and during probation is done everywhere here, in the Metro-Detroit area. Even today, lots of people still face bond violation proceedings after testing positive for alcohol.

By the mid-1990’s, having to complete some kind of alcohol education class, classes, or program, in addition to an alcohol and/or victim impact panel, became the norm all over the Tri-County area. That’s still the way things work today.

Although testing facilities are still popular, technology has created an even more convenient method: portable, cellular breath testing units. These devices, about the size of a cell phone, take a breath sample and then transmit the results to a monitoring center, or, in the case of someone who can’t get a cellular signal, hold the result and confirm the time it was given for later transmission, when a connection is established.

Use of this kind of monitoring is rather common now.

Obviously, things have changed a lot in 3 decades. DUI cases are rarely ever wrapped up with just a fine, and the days of being allowed to drink, but just not drink and drive, while on probation, are long gone.  Similarly, drinking while on probation now completely forbidden everywhere, as is drinking during the time a DUI charge is pending, and strict testing requirements are used in just about every court to ensure compliance.

Everyone going through a DUI nowadays can be sure that, at a minimum, beyond testing as a condition of bond, he or she will be sentenced to do something like an alcohol education program (or counseling and/or treatment), and probably some kind of impact panel, as well.

If, as the result of the PSI (pre-sentence investigation), the probation officer feels that something more rigorous, like counseling and/or treatment, is warranted, then that will be ordered, instead of, or even in addition to simple education. Remember, the probation officer’s recommendation carries a LOT of weight, and always rests on the underlying principle that it’s better to be safe than sorry…

Although I’ve mentioned this any number of times already, I’ll do it again here, so that, perhaps through sheer repetition, the reader can get a sense of why the alcohol bias is so pervasive: even when required to test to prove they are not drinking, and even when people are required to carry an electronic testing device, knowing they will have to provide a breath sample at regular intervals, a lot of them still drink and get caught.

Day-in and day-out, Judges deal with DUI defendants who are in denial about having a problem with alcohol, but whose drinking behavior clearly indicates they do.

Imagine for a moment that you are a Judge. In the course of today, you have already dealt with any number of people coming before you for a 1st, 2nd, and even 3rd offense DUI, as well as plenty who have tested positive for alcohol, in direct violation of your bond or probation order to not drink.

Then, Sincere Sam comes before you to be sentenced for his 1st offense DUI case. Sam had a BAC of .14, and his lawyer got his OWI charge reduced to OWVI (Impaired Driving). Sam tells you he is 47, married, with 2 kids, one in college, another about to graduate high school and go to college. He has been with the same company for 28 years, and has never been in any trouble before.

Sam makes a heartfelt promise that this will never happen again. He is profoundly sincere.

By every standard, he looks like the very picture of someone who will never be back for any kind of legal trouble.

Except that you’ve seen a lot of Sams come back for a 2nd DUI, even while on probation for their 1st case.

This is why the alcohol bias is so pervasive in the court system. If you and your lawyer aren’t prepared to confront this reality, then prepare to get run over by it.

This is not to suggest that a person can somehow duck the alcohol bias, or otherwise get through a DUI untouched by it. The alcohol bias is ever-present, and affects every part of a DUI case from the very outset. What’s important to keep in mind is that its very existence means that those who work in the court system have established and preexisting beliefs about people they haven’t even met yet.

Remember, one of the more important consequences of the alcohol bias is that anyone walking into court for a DUI does so as a pre-determined member of an at-risk group. Everything that happens in their case from that point forward is, to some degree, a result of that.

The reader may wonder what can be done about all this? The answer is both simple, and complicated, and understanding it requires a bit of deeper thinking.

To the extent that the alcohol bias exists independent of any rational basis, there really isn’t anything that can be done about it, at least in the short term. In other words, if you are already facing a DUI, who cares about how we should go about trying to change the court system’s attitudes and understandings in the coming years? We’re worried about how things are now – not how things will be months from now – much less years and decades down the road.

Still, it is important for those of us who have real clinical knowledge to speak up when we can, and use that knowledge like light, to illuminate any misunderstandings and remind everyone that while it’s true DUI drivers are a higher risk group, most 1st time offenders do NOT have a drinking problem.

In the short term, though, meaning within the context of an existing DUI case, the first step is to know that the alcohol bias actually exists. That may sound a lot like a “duh!” statement, but the fact is, most lawyers and people who work within the system don’t. It’s like that old saying that you can’t see the forest through the trees.

As much as this article makes sense when you read it, where else have you read anything else like it? Now that you know about it, fortunately, you can’t un-know this stuff, and that’s a good thing.

We’ll stop here, and come back in part 7 to see how the alcohol bias works in cases where there is an actual drinking problem, and then we’ll examine how and what the role of the DUI lawyer should be in all of this.