Being a DUI lawyer means handling DUI cases for people, but being a really good DUI lawyer means helping the client as a person. This means doing more than just avoiding legal consequences and navigating the court system. In other words, the proper handling of a DUI case is multi-dimensional, and holistic. In this 2-part article, I want to focus on how a person’s relationship to alcohol always plays a central role in his or her DUI case, both legally and personally, and how a good lawyer will work with that in both contexts. 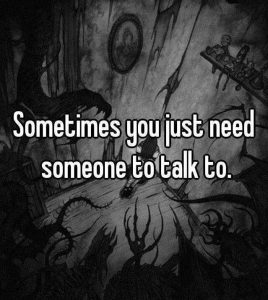 I am rather uniquely qualified to examine this topic, having both a legal and clinical background. For everything we’re going to go over in these installments, the bottom line is that sometimes, a person facing a DUI charge just needs someone to talk to, while other times, they need someone to really “talk” to them. Unfortunately, the path of least resistance for any lawyer handling DUI cases is to simply agree when a client says, as most do, things like they don’t drink much, or often, or otherwise aren’t “big drinkers.” Ultimately, it fails the client when a lawyer is too afraid to disagree, and instead follows the salesperson’s strategy that “the customer is always right.”

But that’s just wrong. Of course, nobody wants to hire some blockhead, opinionated lawyer who thinks everyone has a drinking problem, but it’s equally useless to waste money on a spineless idiot who is either too scared or too ignorant to speak frankly. Understand this: from the court’s point of view, it was drinking that caused someone to get DUI in the first place, and, in a 1st offense case, it’s primary concern is whether or not that kind of drinking represents a genuinely out-of-character incident, or the person possess ANY kind of risk to engage in similar risky behavior in the future. This mean that a person’s relationship to alcohol becomes the main focus of every DUI case.

The legal reality of a DUI charge is that, at least on the one occasion, a person lost control of his or her better judgment, got drunk, and then drove. That’s perceived as risky behavior, and it violates Michigan’s OWI criminal law, as well. One of the former hearing officers in the Michigan Secretary of State’s Administrative Hearing Section (the division that decides license restoration appeals for those who have had their driving privileges revoked as a result of multiple DUI’s) put it this way: “When you drank and drove, you committed a crime. When you did it again, you became a habitual criminal.”

Before we ever get to the personal considerations of a person’s drinking, we have to deal with the legal stuff. The part of that I’m focusing on in this article is how he or she is seen by the court and other relevant parties, like the prosecutor, and that takes place squarely within the borders of the criminal justice system. This places a burden on my shoulders, as the DUI lawyer, to make sure my client is perceived as favorably as possible.

In the real world, this means that I have to position my client in such a way as to avoid either of the 2 easiest conclusions: that he or she, is, in fact, a criminal and therefore doesn’t give a rip, or that he or she can’t control things or be counted on to exercise good judgment, because drinking has gotten the better of them.

These are both losing propositions in the context of a DUI case.

One of the most important considerations that almost all lawyers fail to mention (I understand why; it’s doesn’t seem “good” for business to talk so candidly) is that it is legally presumed and otherwise just plain assumed that anyone facing a 2nd offense or 3rd offense DUI does, in fact, have a drinking problem.

This idea probably doesn’t come as a big surprise to the reader. Repeat offenders always look worse than one-timers.

Here’s the bad news: it has been empirically validated, time and time again, that 1st offense DUI drivers, as a group, have a higher incidence of alcohol problems than the population at large. This is well known to and simply accepted by all the courts, but I think the reader would benefit from a brief explanation of what that really means.

Assume you were instructed to go out and gather 1000 people for a study. You were told that you could get your subjects anywhere (20 from each of the 50 states, half from one state, half from another, all from Michigan, or however you wanted to do it) and that the only condition is that these must be people who have a driver’s license. We’ll call these folks “Group A.”

Next, you are instructed to repeat this and get another group of 1000 people, all of whom, again, have driver’s license. However, there is one additional condition: these folks must either currently be facing or have previously had a DUI. We’ll call this batch “Group B.”

Science tells us that no matter how you screen them, Group B will always test out as having a higher incidence of alcohol problems than Group A.

This means that the very moment anyone facing a DUI walks into court, he or she does so as a member of an at-risk, or higher-risk group. This is how the court system sees things because this is how things actually are. If your lawyer doesn’t take this into account right out of the gate, then you’re already handicapped in your efforts to get the best outcome in your case.

Moreover, it becomes somewhat reflexive for people within the criminal justice system to sort all these DUI files into the 2 broad categories of either criminals, or people with drinking problems. In other words, it’s almost the default option for those who work in the courts to see any one case as just another case, or to think of it simply as a “file.”

As I noted before, neither of those is good.

All this, of course, barely scratches the surface of the legal side of things. I haven’t even touched on issues of evidence or the legal process.

I don’t think it’s possible to overstate the importance of never losing sight of the fact that it’s a real human being, and not just a file, or a case number, that is actually going through the DUI process. There is nothing “2-dimensional” about the whole DUI experience to the person going through it. As a lawyer, I always remember that this is someone’s life and future we’re dealing with, never just another file.

This brings us back to the reality that, very often, a person going through a DUI either needs someone to talk to, or needs someone to really talk to them. Although I mean it more politely, what I’m trying to say is that sometimes, a person needs a good (albeit verbal) kick in the a$$. This is where most lawyers fall short.

You don’t need any clinical or psychological training to understand that it is basic human nature for most people charged with a OWI to try and minimize what happened. Most of them can’t wait to try and convince any and everyone how this is a “mistake” and not an accurate depiction of who they are as people. We pretty much all do this anytime we screw up. Within the context of my DUI case practice, almost all of my clients who find themselves caught up in this mess are otherwise good people who have done something stupid.

I can honestly say that it would be unfair to define any of my clients by their DUI charges. These are people who are nurses and engineers and doctors and accountants and dentists and machinists and such. They are your neighbors, and relatives. Whatever else, the kind of people I wind up representing are NOT real criminals.

Yet they will stand before a Judge in some court, facing criminal charges.

None of this, however, has anything to do with the role alcohol may or may not play in their lives. There are a million ways that a person’s drinking can become problematic.  Now, it’s time to turn to the person. In the final analysis, everyone along the way through the criminal justice system will have some input relative to the case (i.e., the file). Remember though, behind all of that is the person him or herself.

We’ll stop here, and come back in part 2 to examine more of the personal side of someone’ relationship to alcohol, both within the context of a DUI case, and within his or her life.