As a Michigan DUI lawyer, I deal with drunk driving charges every day.  While just about everyone uses the term “DUI” to describe it, technically speaking, there is no such thing in Michigan.  The legal term here for a drinking and driving offense is “Operating While Intoxicated,” or “OWI.  In this article I want to focus on one of the most important components of Michigan’s drunk driving laws known as “Impaired Driving,” often referred to simply as “Impaired,” or by the initials “OWVI.”  Although still an offense listed in Michigan’s Operating While Intoxicated statute (law), Impaired Driving is the least severe of all drinking and driving offenses and is the sought-after goal and plea bargain in any DUI case that doesn’t otherwise get thrown out of court.  In the real world, “Impaired Driving” essentially translates to “no jail,” and that’s just for starters.  To keep things short (and hopefully interesting), I’ll skip much of the history lesson and get right to what Impaired Driving is all about and why, as far as drunk driving goes, it’s the best (and least serious) of all DUI charges. 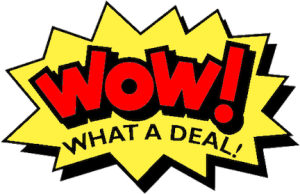 In Michigan, as in all 50 states, a driver is considered drunk when his or her BAC is .08 or above.  That unanimity of that national standard will change on December 20, 2018, when the legal limit in Utah will drop from .08 to .05, and this writer predicts it won’t be very long before other states, including Michigan, follow suit.  Here, however, is where we need the short-version history lesson about how things got to where they are now.  Prior to 2003, the legal limit for drunk driving in Michigan (then called “Operating Under the Influence of Liquor,” or “OUIL”) was .10.  At the time, the legal limit for Impaired driving was .07.  In 2003, when Michigan changed it’s DUI laws to become the last of all 50 states to adopt the .08 standard, the offense of Impaired Driving was retained, but the BAC limit of .07 was scrapped.  As it stands now, there is no magic number, or BAC threshold, for Impaired Driving.  Instead, a person is considered to be guilty of Impaired Driving, when, according to the statute, “The person’s ability to operate the motor vehicle is visibly impaired.”

There are several rather important differences between any of the regular OWI offenses (including 1st offense OWI, OWI with a BAC greater than .17 (also known as “High BAC” or “Superdrunk”), OWI 2nd offense, and OWI 3rd (felony) offense), and Impaired Driving.  In terms of what you will actually experience in a 1st offense case (as opposed to a laundry list of technical differences that are more academic than practical), about the biggest advantage to Impaired Driving is that you won’t lose the ability to drive.  A conviction for Impaired Driving requires a person’s license to be restricted for 90 days, whereas a conviction for OWI requires that a person’s license be completely suspended for 30 days with NO DRIVING WHATSOEVER (this  is called a “hard suspension”), followed by 5 months of restrictions.  For someone convicted of High BAC, the license sanctions are even worse:  No driving at all (hard suspension) for 45 days, followed by the next 10 and 1/2 months on a restricted license that only allows the person to operate a vehicle equipped with an ignition interlock unit.  Just for driving purposes alone, Impaired Driving is a kind of jackpot.

A reduction to Impaired Driving is almost always a genuinely good deal, and brings a lot of other breaks with it, including, as I noted above, that there will be no jail.  I point this out because although it is supremely important to get a plea bargain and negotiate a reduction of your charge from OWI or High BAC down to Impaired Driving, it’s not like that alone is the reason you won’t go to jail.  You’re not going to jail because, whatever the charge and ultimate plea, it’s a first offense, and jail simply isn’t on the menu.  I’d be less than honest if I didn’t admit my displeasure with some forms of legal marketing that promises to save you from something that’s not going to happen.  For all the reasons we’ll usually celebrate a break to Impaired Driving, staying out of jail isn’t really part of that mix, and should not figure into why you hire any particular lawyer, including me.

Aside from the whole jail thing, though, Impaired is just viewed in a different light than an OWI.  Sure, it’s an alcohol-related traffic offense, but it’s the least serious of them all.  If it was to be compared to the kinds of punishments handed out in school, ranging from detention to suspension to expulsion, it would rank right down there with detention, and depending on the court and how tough or lenient it is, would compare to anything from a single after-school detention session to a whole week’s worth, but certainly nothing like a suspension, or expulsion.  This matters in a variety of contexts, from how your driving record looks to anyone who reads it to how you’re perceived (and can explain yourself) to any potential employer.  In every way you could imagine, Impaired is just plain better than any OWI offense.

Interestingly, you’ll never meet anyone who was charged with Impaired driving.  It’s an offense that’s almost exclusively something that’s bargained-for, and not handed out.  Indeed, very few people are arrested with a BAC as low as .08, with most coming in considerably higher.  In fact, it was in no small part due to the number of really high BAC results that the whole High BAC thing went from idea, to bill, to law.  Most DUI’s land in the .12 to .16 range.  In more than 26 years of doing this, I don’t think I’ve ever encountered more than 1 or 2 cases where the person was orignaily charged with Impaired.

Beyond the driver’s license and “appearances” benefits of an Impaired Driving versus an OWI charge, there is a pretty significant cost savings to be had, as well.  Fortunately, most of my clients don’t find themselves in any kind of financial distress, so even though there is a clear monetary advantage to an Impaired over an OWI, it’s not like they’re going to have to skip any meals.  Still, it adds up, and when hundreds become thousands, well, who wouldn’t be happy to save well over a thousand dollars?

—  Any OWI adds 6 points to your driving record, whereas an Impaired only adds 4.  You’re insurance is going to go up, but the 2 points (likely 3 points on your insurance record) will still save you money, and probably lots of it over the next 3 years.

—  The maximum fine for OWI is $500, and it goes up for High BAC, and rises even higher in 2nd and 3rd offense cases.  By contrast, the fine for Impaired Driving maxes out at $300.

— The length of a term of probation is usually longer for an OWI (and often longer still for a High BAC, 2nd and 3rd offense case) than it is for an Impaired.  Given that monthly probation costs typically range from about $45 to $50 per month, here’s at least another $300 you won’t have to spend.

For all of these reasons, and plenty more, Impaired is just better.  Out of all of them, however, in my opinion, the 2 biggest benefits that accompany a plea bargain to Impaired Driving are the ability to keep driving, and the overall, less serious perception of the offense.