The very first formal step in a Michigan DUI (or any criminal case, for that matter) is the arraignment.  This 2-part article will be a real-world examination of what the arraignment is all about.  Nowadays, an increasing number of courts in the Detroit area are requiring people arrested for an OWI charge (the legal term for a drunk driving offense) to show up for this proceeding. 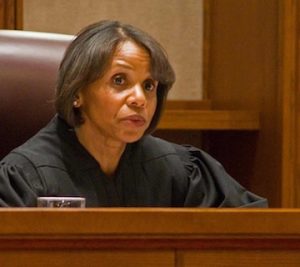 This marks a change from not that long ago, when the vast majority of Detroit-area courts allowed it to be “waived,” or skipped, simply by having the lawyer file certain papers with the court.  The primary reason for this change is the growth of alcohol (and, in some cases, drug) testing as a condition of bond and release in DUI cases.

Because our limited purpose here is to look at what actually happens at an arraignment, we’ll forego all the legal and philosophical analysis and of the whole “testing” requirement. As we will see, testing simply is what it is, and that means usually being an exercise in frustration (and always an inconvenience) for those required to do it.

There isn’t much difference between what really happens at an arraignment and how it is defined and described in law dictionaries and rule books:

An arraignment is a hearing, held in open court, in which the person charged with an offense (the defendant) is told of the precise charge or charges against him or her, the possible penalties that may be imposed for each. He or she is asked to enter a plea, and is then given rules to follow (conditions of bond) in order to stay out of jail.

Part of the process requires that  bail amount (also called “bond”) be established.  To determine what bail or bond, if any, is set, the Judge or Magistrate will examine a person’s prior record, the nature of the current charge, and his or her ties to the community.

Sometimes, a Judge or Magistrate may release the person without requiring any money.  This is called a “personal recognizance” or just “personal” bond.  This brief description leaves a lot out, but that’s consistent with our mission here, which to bypass all the technical stuff (at least as much as possible) and examine how things really work when you’re standing there, in court.  If you’ve been charged with a DUI and you have to go to an arraignment, it will be in a real courtroom, not in a laboratory or law library.

To be perfectly candid, a lawyer does not need to go to a DUI arraignment unless there is some risk of the client getting a really high bond, which is far more likely in a 2nd  offense or 3rd offense case, or a DUI causing injury or death cases (I don’t handle death cases), or if there is something specific to address with the Judge that is best handled by experienced counsel, like securing an exception from an expected or standard condition of bond.  Such situations are far more the exception rather than the rule.

Before anyone goes into the courtroom at any courthouse, he or she has to check in at the clerk’s counter.  The clerk will often hand the person a form, called an “Advice of Rights” to read and sign, and will then direct him or her what to do or where to go next.  In some courts a person may be instructed to go into a particular courtroom, while in others, he or she may wait in the lobby until called.  T

his probably sounds a lot more complicated than it is; the court staff spends a large part of everyday dealing with people who have “never done this before,” so they’ll make sure a person is properly directed.  Eventually, the person will be called to stand in front of the Judge or Magistrate.  For purposes of arraignment, a Magistrate has all the same powers as a Judge, and is addressed as Your Honor.  There is no practical difference, at this stage, between the two.

In the examples below, J/M stands for “Judge or Magistrate,” and JD stands for “Jane Doe.  Here’s how an arraignment typically proceeds after a person has been called up:

J/M:  Please state your name and address for the record.

J/M:  Miss Doe, you’re here for an arraignment on the charge of Operating While Intoxicated.  This is a misdemeanor punishable by up to 93 days in jail, a fine of up to $500, plus court costs.  In addition, the Secretary of State will take actions against your driver’s license, including the suspension of your ability to drive, and there will also be financial penalties imposed against your license, as well [some Judges may specify that the license will be suspended for 6 months (and a few others may note that a person can get a restricted license after 30 days) and that the Driver responsibility fees equal $1000 for 2 years].  Also, you may be required to complete up to 180 hours of community service, and have 6 points placed upon your driving record.  Do you understand this?

Most people know what they’re being charged with, or at least have a good idea, so even though one of the arraignment’s stated purposes is to inform a person of the charge or charges against him or her, this is more procedural and technical than anything else.  If you were arrested for a DUI, but didn’t think you were really over-the-top drunk, you may be surprised, for example, to learn that you’re being charged with a High BAC offense, but it’s not like you expected to be charged with arson, instead.

Perhaps the scariest part of the arraignment is when the Judge or Magistrate reads out the maximum possible penalty that can imposed for the charged offense.  Although this is required by law, it is completely misleading because almost no one – ever – gets anywhere near the maximum possible penalty in a DUI case.  In the real world, and with only 1 exception (that being a single Judge in Oakland County who gives most first time DUI offenders a short jail stint to think about things), no one goes to jail – ever – (I like doing this – dash – thing for dramatic effect) in a 1st offense DUI case.

For what it’w worth, most people can be kept out of jail in 2nd offense cases, as well, and even amongst those unlucky few that do get a little time in the cooler, no one ever comes close to anything like the maximum – ever (there, I did it again!).  The point here is that when you hear the Judge or Magistrate read off the maximum possible penalty, it’s a lot like signing a waiver at the dentist’s office that warns of the possibility of complications, including death, from all procedures, including simple fillings.  In other words, it’s not going to happen.

At this point, most Judges or Magistrates will say something like, “My clerk handed you an advice of rights form to read and sign.  Is that your signature that appear on the signature line?”  When the person answers, “yes,” the Judge or Magistrate will then often ask if the person read it and understood it prior to signing it.  A “yes” answer” is required to this question.

In some courts, however, the Judge or Magistrate will formally advise a person of his or her rights.  It might go something like this:

Again, a “yes” answer is required here, as well.

The Judge or Magistrate will next ask the person how he or she pleads.  Some people make a big deal out of this because they “know” they are guilty and wonder why they should plead otherwise.  Because of the way the court system works, it is expected that a person will plead “not guilty.”  Some conscientious Judges and Magistrates won’t even accept a guilty plea if a person tries to enter one because they know that later on, some kind of plea and/or sentence bargain can be worked out between the person’s lawyer, the prosecutor and/or the court itself.

If there is one key point to take away from this article, it is that the ONLY plea a person should ever enter is “not guilty.”  If you’re standing in front of the Judge without your own lawyer advising you otherwise, there is never an exception to this.

At about this point in the proceeding, most Judges or Magistrates want to get a little more information about the person, so they’ll usually ask if he or she works, and where, and perhaps even how long they’ve been employed.  It is also not uncommon for a Judge to ask the person with whom he or she lives.  These factors are evaluated as the Judge or Magistrate considers whether any money (or additional money) will be required for bond.

For just about anyone who was released from jail after his or her arrest, there will be no need to post any, or any more money when they go to court.  Most of the time, a person will have posted some money before leaving jail, even if it’s only $100.  Even so, I tell everyone to try and take $1000 with them when they go to court, just in case. If $1000 can’t be obtained, take $500, or whatever you can.  You probably won’t need it, but, as my late mom used to say, “Better to have it and not need it than to not have it and need it.”

Sometimes, the Judge or Magistrate will require that a person post a few hundred dollars for bond, but most of the time, he or she will not.  Any money posted for bond is held “on account” in the court and is essentially a down payment toward any fines and costs that will be assessed later.  The issue of bail in a DUI case is never really the key reason for an arraignment, however.

Instead, and as I mentioned at the outset of this article, the usual and the main reason why any given court wants someone to show up for a DUI arraignment is to get him or her set up for alcohol testing.  Nowadays, testing as a condition of bond is really the main reason for and purpose for an arraignment in a DUI case, although there are other, standard conditions of bond that everyone must obey, as well.

We’ll stop here for now, and pick up in part 2 with an examination of the standard bond conditions everyone must observe, and then we’ll move on to the issue of testing as a condition of bond.