In Michigan, the correct name for what we commonly call a DUI is actually OWI, meaning “Operating While Intoxicated.” At their core, DUI cases are based on evidence. Michigan does have robust OWI laws, and an ever-growing body of case law interpreting them as well as how evidence should be obtained and analyzed. It goes without saying that when hiring a lawyer for a DUI case, you expect that he or she will be up to date on all the relevant laws and cases. Handling drinking and driving cases is something of a specialized practiced area, and keeping current on all the law and case rulings actually does take more time than most lawyer have, expect for those, like me, who essentially concentrate in this field. 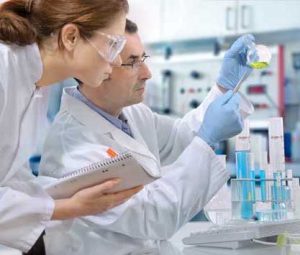 Beyond staying on top of the law in books and cases, though, my job, as a Michigan DUI lawyer (and the job of every lawyer, really, who takes on an OWI case) is to gather and carefully examine all the evidence. Important here is that ALL of the evidence must be examined. This includes everything, including how much a person drank, where, and when, to how he or she got pulled over or had the first police contact, what happened then (including his or her performance on any field sobriety tests), how the arrest took place, when and how a breath or blood test was taken, how it was analyzed, and ultimately, how those test results were calculated. This must be done carefully, and it must be done critically, meaning the lawyer needs to look for any flaws or problems with the evidence. In this article, I want to focus on getting and examining the evidence in a DUI case.

Everyone in the world knows that the police report is important, but it is only 1 piece, of many pieces, of the evidence in an OWI case. Over the course of my 27-plus years as a lawyer, I’ve had plenty of clients who already obtained a copy of their police report before ever coming to my office. That’s actually not necessary, because we’ll get it ourselves, but the point I’m driving at is that absolutely everybody understands the foundational role of the police report. Every lawyer, in every case, should get the police report, but that’s such a basic first step, it’s kind of like pointing out that you have to start a car before you can drive it. In other words, it’s a given. The police report can be a goldmine of information – or not. However accurate it is or isn’t, the police report is nothing more than the police side of what happened, told from the perspective of the officer who wrote it.

No matter how truthful he or she may be about a DUI stop and arrest, a police officer’s recollection of events is necessarily limited to the version of how he or she saw, perceived, and then described what took place. This is huge, because, as civilians, we are conditioned to think of police reports as both accurate and objective. This happens almost every day, if you read or watch the news. Imagine a story about a break-in at and vandalism to a home in your neighborhood. You learn about it on the TV news. As the reporter explains what happened, he or she inevitably says something like, “According to police, the incident took place between 4 a.m. and 6 a.m. Tuesday, when the suspects kicked open the back door of the home, urinated on the floor of the kitchen, and then overturned the refrigerator.” As he or she winds up the story, the reporter concludes with something like, “Police describe the suspects as 2 young men, in their late teens to early 20’s, with one wearing a blue Detroit Lions jacket and the other being at least 6 feet tall and wearing a Red Wings hat.”

Would you ever stop and wonder what’s inaccurate about that information? Probably not. In fact, if you asked one of your neighbors, “Hey, Linda, did you hear about the break in on the next block?” and she responded, “No,” you’d probably tell her about it, noting that, on top of everything else, the bad guys peed on the person’s kitchen floor. You most likely wouldn’t say, “Well, Linda, the police said they kicked open the back door and then they peed on the kitchen floor, but, given how inaccurate police reports can be, who really knows, right?” A lawyer, when handling a DUI case must review the police report and question every last word of it. This goes way beyond questioning the truthfulness of the officer, because, as I noted above, the best any officer can do is to describe things as he or she saw them at the time. One’s perspective absolutely affects one’s perception of events. And let’s not be naive here, either, because no police officer in the world is going to write that, at 1:30 in the morning, he or she had a “hunch” that a driver had been drinking, and so pulled him or her over. Instead, you can bet the report will state a good reason for the stop, and it shouldn’t come as a huge surprise if that reason happened outside the view of the police car dash cam, either.

And this brings us to the next point: it should be standard procedure for a DUI lawyer to review the police car dash cam video in every drunk driving case. It certainly is in my office. Although not common, it is certainly NOT rare, either, for the police report to describe things that are contradicted by the video, or for the video to show things not described in the report. In one case not long ago, for example, the report didn’t mention how an officer grabbed someone out of the car, turned the person around to face it, and then forcefully kicked his legs apart, causing him to howl in pain and bruise up pretty badly thereafter. This did, however, show up on the dash cam video.

Most of the time, however, the dash cam video is not inconsistent with the police report, nor does it offer a quick way to “beat” the case. Still it is absolutely true that you will never find any problems with the evidence without looking for them in the first place. Besides, as I tell my clients, even if the video yields nothing to use to get the case “knocked out,” by watching it, we gain the surety of knowing that we’re not missing anything to fight about, and that it’s proper to negotiate the best deal possible on that basis.

Thus, I requisition the video in almost every DUI case that goes through my office. I call video the “gold standard,” because if there is something on it that we can seize upon that helps contradict, discount, exclude or otherwise explain the evidence, you can’t do better. Although I don’t “compete” with court-appointed lawyers, one of the big red flags about having a public defender handle a DUI case is that, because of time limitations and financial considerations, the client cannot expect anything more than a quick review of the police report right before before the lawyer advises him or her to take the first plea offered. It’s essentially the same thing with cut-rate, or discount lawyers That’s unfortunate, because, skipping this important review of evidence means you’re flying blind.

Breath and or blood test results also need to be critically examined. There is a lot of that goes into these things, and even the briefest examination of those considerations is beyond the scope of this article. Suffice it to say, however, that understanding the science of breath and blood testing is an important prerequisite to being able to do anything useful with that information. In addition to the examining the evidence of the breath or blood test itself, it is also prudent, in many cases, to obtain any police station booking or other videos, especially if it shows the administration of a breath test, or the taking of a blood sample. Beyond the science of how breath or blood testing works, there are also protocols that must be followed when administering them. For as much as any police officer can, later on, write that he or she did follow that protocol, nothing beats seeing what actually took place on video.

Beyond the various legal requirements for the proper administration of chemical tests, there are also tons of cases clarifying them. Here, again, a lawyer cannot simply go by what the police report says. Whatever else, it’s not going to indicate that the whole process was a debacle and the results are therefore unreliable. Instead, the lawyer has to sit down with the client and go over what the client remembers, step by step. I remember a case once where the prosecutor’s summary was that my client had a BAC something like a .21 and a .20. Standing alone, that sounded pretty awful. When I began examining everything with my client, however, I discovered that those results were about 15 minutes apart (normally, the test results are a minute or so apart) because the machine kept malfunctioning and finally, not knowing what to do, one of the police officers unplugged it and let is sit for awhile, before plugging it back in, to “reboot” it.

I would never have been able to get my client out of that jam had I not taken the time to go over everything in detail. Even a basic understanding of proper breath testing requires a lawyer to know things like how alcohol metabolizes in the human body and how the machine detects and measures what it picks up as “alcohol,” amongst other things.

Blood testing is a whole world unto itself, as well. Although breath tests are far more common, within the scope of any week, a busy DUI lawyer, like me, is likely to run into blood testing issues, as well. There are, not surprisingly, rules regarding how blood is taken and how it is analyzed, and all kinds of cases interpreting how those rules apply, as well. A DUI lawyer needs to understand these rules, but all the knowledge in the world is worthless unless the lawyer first carefully gathers the facts, in order to apply it. The world’s foremost expert on alcohol blood testing can’t help unless he or she has a firm grasp of the facts of your case. As we’ve seen, learning those facts comes from a combination of taking the time to go over everything with the client, getting the police report, obtaining and watching all relevant video, and then carefully examine all the facts and circumstances around the breath or blood testing.

However you cut it, you need a lawyer who will obtain and then examine all the relevant evidence is your case. Good results aren’t produced by accident; they come from an intelligent analysis of and proper handling of the evidence in each and every case.

If you’re looking to hire a DUI lawyer, is to be a good consumer and do some comparison shopping. Take some time and read what lawyers have written, but also take the time to read between the lines, as well. Look for real information. As I like to say, read around, and then check around. All of my consultations are done over the phone, right when you call. You’ll find us here to help Monday through Friday, from 8:30 a.m. until 5:00 p.m., (toll free) at (586) 465-1980 586-465-1980.