In Michigan, the overwhelming majority of DUI cases are resolved through a plea, and very often, that involves a plea bargain. In this article, we’ll examine plea bargains and why they are such an important part of the DUI court process. Here’s a quick analogy to help explain: Most television sets go from a store to someone’s home through a sale, meaning a person buys it. Sometimes, a person is able to get a really good deal (a “bargain”) on a TV when the price is reduced. In that sense, the price reduction is a special kind of sale, just like a plea bargain is a special kind of plea. 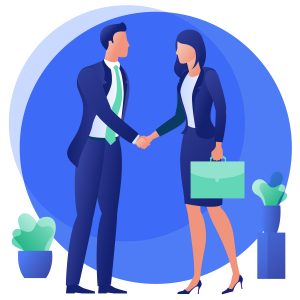 Anytime a person stands before a Judge in court, and, while under oath, admits to having committed an offense, that’s a plea. Criminal and DUI charges get resolved in 1 of 3 ways: Most, as noted, are disposed through a plea of some sort. Sometimes, a case goes to trial, and the end result of that is the person is either convicted or acquitted of an offense. Once in a while, before any plea deal is reached. and before a trial ever takes place, a case get dismissed for legal reasons, usually because of a successful defense challenge to the evidence or the some issue regarding the law.

A plea bargain is a deal that reduces the original charge against a person to something less serious. In other words, in exchange for the dismissal of a more serious charge, a person will admit to doing something lesser, meaning an offense that carries less potential legal penalties and/or negative consequences. Not to be too simple about it, but we can break it down this way: A plea is the admission of guilt to an offense, while a plea bargain is just that, a bargain as it relates to the severity of the offense for which a person accepts responsibility.

In that way, a plea bargain is always a deal of some sort. It is very much like a discount on the seriousness of the offense originally charged against a person. Without exception, any plea bargain is better than no plea bargain, but there are times when a plea bargain, all by itself, isn’t the best way to resolve a DUI charge.

Plea bargains free up the court’s docket by helping move cases through and resolve them without having to go to trial. Even a simple, open and shut 1st offense DUI case takes considerable effort to prosecute and try, and both sides will have to put in a lot of time to prepare. Once a trial starts, even more time gets  spent on proving things that are otherwise obvious.

For the defendant, even taking a simple case to trial is expensive, and, unless he or she is likely to win, why would anyone pay more money to be convicted of a more serious offense, rather than pay less and accept a bargain that allows him or her to avoid that, accept responsibility for something less serous, and put the whole thing in the past?

By agreeing to reduce a charge, the prosecutor provides the defense with an incentive to resolve the case, so in that way, plea bargains are a win for everyone.

There is also a question of fairness, and this is particularly true in DUI cases. While a DUI charge is, in fact, a criminal charge, it is a different kind of criminal matter. Among the DUI clients my team and I represent, none fit any kind of description of what one would think of as a “criminal.”

Indeed, most of the time a DUI just “happens.” More often than not, when it does happen, especially in 1st offense cases, it’s out-of-character for a person, and a true one-off.

When an otherwise law-abiding person makes a mistake that lacks any real criminal intent, it stands to reason that he or she deserves some kind of break. Someone who overdoes it (and yes, we all know that’s wrong) and gets caught driving over the limit is qualitatively different than the kind of person who breaks into a home, or who robs someone at gunpoint.

Plea bargains have become useful tools in the criminal justice system, but over the years, the incessant calls to “get tough” on crime have also had an effect on that, and even in DUI cases, prosecutors aren’t as flexible (i.e., lenient) now as they once were. In fact, many prosecutor’s offices have policies that forbid plea bargains in certain situations, usually involving either elevated BAC results, or when someone has any prior DUI convictions.

A plea bargain is really only a bargain, however, if it provides an actual benefit. One of the more important things to understand about any kind of criminal or DUI charge is the difference between the potential penalties outlined in the law that can be imposed, and the real-world penalties that will and/or are likely to follow in any give case.

For example, a conviction for 1st offense OWI (“Operating While Intoxicated,” the legal term in Michigan for what everyone refers to as a “DUI”) carries a maximum possible jail sentence of up to 93 days in jail.

Almost nobody, however, does any jail time for a 1st offense. What’s more, even those few Judges who might impose some jail in 1st offense cases limit it to a matter of a few days. In more than 30 years as a Michigan DUI lawyer, I have never even heard of anyone getting more than 2 weeks for a 1st offense DUI, much less ever seen it happen.

In other words, the “up to 93 days in jail” part of the law sounds a lot worse than it really is.

In Michigan, the offense of High BAC (OWI with a BAC of .17 or greater) carries a maximum potential penalty of up to 180 days in jail. It also carries a mandatory 45 day “hard” suspension of the driver’s license (meaning a person can’t drive at all, for any reason), and then provides for a restricted license for the next 10 and 1/2 months that requires him or her to use an ignition interlock unit.

By contrast, the offense of Operating While Visibly Impaired (OWVI), the lease serious of all DUI offenses, also carries a maximum possible penalty of up to 93 days in jail, but only requires the restriction of a person’s driver’s license for 90 days, and does not require any kind of interlock use.

The reality is that, at least here in the Greater-Detroit area (meaning Wayne, Oakland, Macomb and the surrounding counties), more than 99% of 1st offenders – no matter what the offense that goes on their record, be it High BAC, regular OWI, or even OWVI – are not facing any jail time.

Accordingly, a plea bargain from High BAC, with it’s “up to 180 days in jail” down to OWVI, with its lesser “up to 93 days in jail” may sound good, but given that jail isn’t really on the menu for either charge in the first place, it really doesn’t do anything, as far as the jail part of things go.

However, the difference between the mandatory driver’s license penalties for the 2 offenses is huge, and for most people that matters a lot. It certainly matters a lot more than potential jail time that will never be imposed.

The point I’m driving at is that, in order to be any kind of “deal,” a plea bargain has to produce a useful result and a real benefit of some kind.

Imagine 2 guys on a park bench taking about their 2nd offense DUI cases.

• The first guy says “my lawyer was so good, she got a plea bargain and my 2nd offense DUI was reduced to a 1st offense.”

• The first guy continues, “Yeah, when I got out of jail I sent her flowers to thank her.”

• The second guy exclaims – “Wait a minute; you went to jail? For how long?”

• The first guy blinks, wondering where this is going to go, and says, “Well, I was facing a year for that 2nd offense charge, but because my lawyer got it dropped to a 1st offense, I only did 60 days.”

• The second guy screams, “60 days! Man, I didn’t even do 1 single day for my 2nd offense. My lawyer explained to me that she couldn’t get a plea bargain, but she did get a sentence bargain. That time in jail must have sucked…”

• “It sucked big time,” explains the first guy. “I had to use all my sick time and vacation days, and I almost lost my job.”

Because of the way the law works in Michigan, both of these guys would get the same license penalties imposed by the Michigan Secretary of State, even though the first guy got his 2nd offense charge dropped to a 1st offense.

Under this hypothetical, it’s possible that the first guy who got the plea bargain may have paid a few hundred dollars less in fines and costs, but I haven’t met anyone – ever – who wouldn’t have traded 60 days in jail for no jail, even if it cost a few bucks more.

There are all kinds of plea bargains that can be worked out in different cases, but the key thing they all share is the bargain, meaning that understanding that if a person will accept responsibility to a lesser charge, then a more serious charge will be dismissed.

In the previous hypothetical, the term sentence bargain was mentioned. While a full discussion of that merits its own article, the summary version is that a sentence bargain is a deal regarding what kind of sentence a person will receive.

In other words, if a person is charged with a simple 1st offense OWI, and his or her lawyer, the prosecutor and the Judge all agree that he or she will serve no jail time and only have to be on non-reporting probation for 6 months, that’s a sentence bargain.

In practice, a sentence bargain can sometimes be way more of a “bargain” than a plea bargain, but that’s not necessarily true in all cases.

If that’s not confusing enough, there are plenty of cases where we negotiate both a sentence bargain and a plea bargain.

Plea bargains (and sentence bargains) are always the product of negotiation. I’m not going to give away any secrets here, but as with anything that’s negotiated, there are various strategies used to get the best deal, including the age-old advice to never accept the first offer.

Sometimes, the best outcome is negotiated by standing firm and not being very flexible, while other times, the opposite is true.

As I hope the reader has seen in this short installment, plea bargains are an important part of the DUI process. How this all affects and works in any specific case is always best examined by the lawyer and the client given the facts of the case, including where it is pending.

If you are facing a Michigan DUI charge and looking for a lawyer, be a savvy consumer and read around. Pay attention to how different lawyers break down the DUI process, and how they explain their various approaches to it. This blog is a great place to start, and with over 550 article published to-date in the DUI section, it has more helpful information than can be found anywhere.

If your DUI case is pending in the Greater-Detroit area (meaning anywhere in Wayne, Oakland, Macomb or the surrounding counties), give us a ring, as well.