If you’re facing a Michigan DUI charge, it’s a given that the best outcome is to get the whole thing dismissed. Whether or not that’s possible depends on the facts, but it is absolutely essential for us, as DUI lawyers, to examine every bit of the evidence in every case we take. Over the last number of years, video has become an important component of that evidence. We see police video all the time on TV, but usually in only the most “newsworthy” cases. Beyond those situations, however, video can play an important role in any other kind of criminal or DUI case, as well, and, often enough, it does. 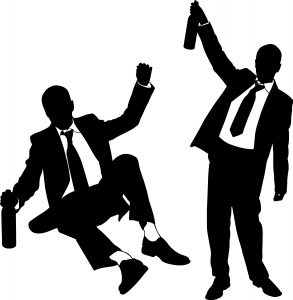 It’s a given that anyone charged with a DUI would like to find video evidence that exonerates him or her. On the other side of the coin, the police and prosecution would hope that it confirms and bolsters their case. Sometimes, however, the video doesn’t stand to help either side very much. Video evidence, like everything else, needs to be viewed in context, and in this article, we’re going to “look at” (pun intended) why all of this is so essential. Above all, a lawyer cannot neglect the importance of context and just carelessly plow ahead, using video that ultimately hurts the client’s position – even if just by accident.

I have to be circumspect here, but the inspiration from this article came from a conversation I had with someone whose position is to decide cases. I can’t say anymore, so I need the reader to simply trust my representation that this person (I will use the initials “TP” for “this person” to avoid even a gender reference) makes legal decisions based on evidence. During the course of our conversation, TP noted that sometimes, lawyers will play video from a DUI arrest to try and proves some  legal point. What TP said next, though, really made me think.

TP pointed out that, to his/her amazement, when playing a video during a legal proceeding, many lawyers will overlook the obvious fact, as recorded, that the client was intoxicated, and point only to the police conduct during a DUI arrest. TP noted that it can be hard to simply ignore somebody staggering around the roadside, or who was otherwise obviously drunk and trying to converse with the officer, and just focus on some fine point of law. Consider this example:

Imagine that Swerving Sally gets pulled over and ultimately arrested for a DUI. She hires Clever Carl as her lawyer, and he dutifully goes over everything with her and carefully examines all of the evidence, including the police car dash-cam and body-cam video.

In doing so, Carl believes he has found an important discrepancy, and decides to challenge the admission of certain evidence. The reader should note that we have to be simple and vague here for purposes of this example, lest this become a law-school lesson in evidence and criminal procedure.

As he puts on his case, Carl plays the entire video of the police contact from the DUI arrest, and, when the moment comes, he notes what he thinks is the critical police mistake. Because he’s so laser-focused on that, Carl missed the fact that the prior 12 minutes of the video very clearly showed Sally bumbling around, quite intoxicated.

In other words, Carl’s “screening” of the video in the hearing has all but confirmed and proven that Sally was swerving, was pulled over, found to be behind the wheel, and was indisputably drunk. He has, in large part, already helped the prosecutor prove most of allegations against Sally in her DUI case.

In many of the more than 500 DUI-specific articles I have written and published, I point out that “DUI cases don’t dismiss themselves.” That’s probably the biggest understatement ever, at least within the context of an OWI (Operating While Intoxicated, the actual legal term for what everyone just calls “DUI”) charges.

The simple fact is that good work is the key to good results in a DUI case. In that regard, here is the gold standard for anyone charged with drunk driving:

No matter what, the fewer penalties a person gets, the better, and getting out of a case completely is always the ultimate goal for anyone facing a DUI, and for his or her DUI lawyer.

However – and you can take this to the bank – there is NO Judge anywhere who is happy to dismiss a DUI charge unless he or she is convinced the person actually wasn’t driving while drunk or otherwise over the limit.

Put another way, if a Judge is watching a DUI arrest video and can see the person was intoxicated, he or she is not going to bend over backwards to find some technical basis to throw it out of court.

That’s the lawyer’s job. We have to leave the Judge no choice but to dismiss it.

And while that all sounds well and fine, the fact is that Judges have a fairly convenient and widely applicable “escape mechanism” to avoid having to toss out a whole DUI case when evidence is called into question. It’s an easy way out.

This can get very technical, but the bottom line is that there are some things that, legally speaking, can block the admission of certain evidence, or require a Judge to exclude it.

Rather often, though, unless there is a clear bar to admitting certain evidence, a Judge will kind of “pass the buck” and let it into the case, informing the lawyers that the legal issue(s) raised are really most relevant to its “weight and credibility” (trustworthiness). Here’s a kind of translation into plain English of how a Judge would put this following a legal challenge to the evidence:

“Well, I agree there are some questions about the evidence, but I don’t think they rise to the level of me completely excluding it outright. Instead, I think those questions go to its weight and credibility, and can be addressed to the jury.”

And with that, in the blink of an eye, goes whatever money the client paid to challenge the evidence, and any chance to have the case thrown out.

If the reader senses that I’m skeptical about being one of those “we fight EVERYTHING” lawyers, that’s because I am.

They sure know how to make a lot of noise (and a lot of money), but at the end of the day, we return to the idea that success in a DUI case is best measured by what does NOT happen to you, and that includes getting soaked for money and receiving nothing in return for it.

This isn’t to say that it’s a good idea to NOT challenge evidence; in fact, my team and I do it all the time.

Indeed, as of this writing, we have a DUI case set for trial and the basis of our defense in (which I think is very strong) is the police video. In that matter, the issue of intoxication isn’t central to our defense strategy, so we have no concerns about anything on the video.

However, when someone wants to challenge the way the police did something, like administer the PBT roadside breath test, or the field sobriety tests, and they’re standing there (or, worse yet, swaying on their feet) and slurring and otherwise demonstrating obvious intoxication, it’s hard for a Judge to look past that and then throw the whole case out based upon some debatable technicality – unless he or she has no other choice, and we’ve already covered that.

My team and I have long believed that obtaining all relevant video is a critical first step in evaluating an OWI case. Sometimes, the video, while entirely unhelpful as a legal defense, can put someone’s mind at ease about what transpired surrounding his or her arrest.

For example, one of the more common things people will say about how drunk or not they were at the time of there arrest is something along the lines of “I didn’t think I was that bad.” Many will say they think they did “okay” on the field sobriety tests. If all they have is the officer’s written report that they didn’t pass those tests, but they remember the whole thing differently, they will always wonder about the best way to proceed, and whether they should “fight.”

My team and I have handled countless cases in which the client has had doubts about having failed the field sobriety tests, but when they come back and see themselves on the video, many have been both disappointed that they didn’t do as well as they thought, but also grateful for having the opportunity to see that for themselves.

As a general rule, video is a good thing. Sometimes, it can help a person get out of a DUI charge, or otherwise help the case by excluding at least some of the evidence. Other times, even if it doesn’t help the client’s cause, it can at least remove any doubts he or she may have about the charge or the evidence in the case being “solid” enough.

Once in a while, of course, it may not help either side, but even then, there’s nothing lost by having obtained and reviewed it.

Whatever else, all video needs to be watched, and, when relevant, used carefully. It should never be used in a case in such a way as to make things worse for the client. A good prosecutor will see right through any lawyer’s effort to play just 30 seconds of a 20-some minute traffic stop.

If you are facing a DUI and looking for a lawyer, be a savvy consumer and read around. Pay attention to how different lawyers examine and explain the DUI process, and how they explain their various approaches to these cases. This blog is a great place to start, and with over 560 fully searchable articles to-date in the DUI section, there is more useful information than can be found anywhere else.

If your case is pending in the Greater-Detroit area, meaning anywhere in Wayne, Oakland, Macomb, or the surrounding counties, give us ring, as well. All of our consultations are free, confidential, and done over the phone, right when you call.