As a Michigan, Tri-County (Wayne, Oakland and Macomb) area DUI Lawyer, I speak with all kinds of people about drunk driving cases.  In this piece, I want to talk about some of the regrets I hear from people who hired the wrong DUI lawyer and payed a lot of money only to say they were “taken.”  I want to keep this article short, so in it, I will exchange some of my usual diplomacy for directness and candor.  To begin, you must understand that merely paying a lot of money doesn’t necessarily get you the best, nor even a good lawyer.  It just means you’re out a chunk of cash.  In addition, one of the biggest sucker jobs going gets people to line up and fork over wads of money in the mistaken belief that paying top dollar will somehow make your whole DUI case go away.  Here’s a simple, ironclad fact that no lawyer can dispute, no matter how rosy a picture he or she paints otherwise: any chance to get your case “knocked out” of court is due entirely to the facts exist within it.  No one you hire can change those facts, and by the time you ever even think of calling a lawyer, they have, for the most part, already been cast in stone.  What you need, instead of fear-based or feel-good marketing slogans, is a competent, honest and thorough examination of the facts by an experienced lawyer who can make the very best of them. 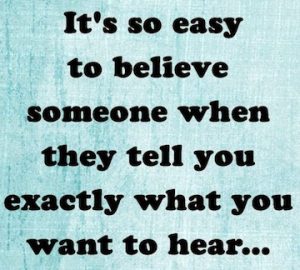 There is a whole industry of lawyers who make a lot of money by peddling the idea that if you just hire them, everything can be made to disappear because they have some kind of secret, or special magnifying glass that will find the things wrong with your case that no one else can.  The truth, however, is that the actual numbers don’t back that up at all.  In a certain way, many DUI lawyers market themselves in the same way as dietary supplements.  There is one radio ad, in particular, that I think is genius marketing, if not total BS.  It’s for some magic weight loss pill, and at one point, it’s advised that if you’re losing too much weight, you should simply cut your dose in half.  Now, if this stuff worked even 2% as good as that all sounded, I’d certainly remember the name, and you’d know it, too.  As cheesy a marketing strategy as that sounds to my ears, though, plenty enough people are paying out lots of money for it, because this ad has been running for quite some time.  The reason is simple; people buy into what they want to hear, and in the world of DUI cases, nothing sounds better than making it all go away.

Except it doesn’t work like that.  Can you guess what the overall success rate is for beating a Michigan DUI at trial?  It was .15% in 2015, down from .21% in 2104.  You read that right: point-one-five percent and point-two-one percent, respectively.  That means less than one-quarter of one percent of all people arrested for an alcohol-related traffic offense were acquitted if they fought the case at trial.  These are the verified, official numbers required by law to be gathered by the Michigan State Police as part of its Annual Drunk Driving Audit that tracks every alcohol-related traffic arrest in the state.  These dim figures go way beyond some kind of “results not typical” disclaimer you see in the fine print of get rich quick ads, but even more worrying, I have never seen this information talked about on any other lawyer’s website.  No one really wants to get into this because it’s not good for business, particularly if that business relies on emotional, rather than well-informed, decisions.  In the real world, those decisions become the the biggest source of regret for the trusting DUI client too focused on buying his or her way into what they want to hear and not enough on the realities of all this.

As a starting point, should be noted that there is nothing good to be had from hiring a bargain lawyer, except a bargain.  While no one wants to or should get ripped off, anyone having to price-shop for legal help is already at a disadvantage.  The simple truth is that you get better if you hire better, and you will never find “better” competing for your business based lowest price.  There is a certain minimum amount of time to be spent and work to be done even in the most cut and dried DUI case, and cut-rate fees do not allow for it.  On the flip side, however, a greedy lawyer can find endless, needless work to do work to do and run a bill up into the tens of thousands of dollars, but unless that buys your way out of the case, it’s a waste of money.

Yet that’s what these operations bank on – the promise that they’ll look endlessly (while you pay) for some hidden flaw in the evidence that gets the case knocked out.  And to be clear, every lawyer should look – and look hard – for a way out of the case, just not pointlessly, and until your money runs out.  Given that, in a good year, less than one-quarter of one percent of all people arrested for an alcohol-related driving offense are acquitted after trial, proceeding carefully, and armed with knowledge, is clearly the better path to follow.  Here again, it comes down to the difference between a decision based on emotion, or one based on information.  Yet no matter how much people understand this, it’s human nature to buy into what you want to hear, and good marketing makes the emotional decision seem like the intelligent choice.  Thus, in the weight loss pill example I mentioned above, the emotional appeal seems like it’s intellectual, instead, when one gets sucked into the idea that the product works so well – too well, in fact – the manufacturer warns that the user may want to cut the dose down if that happens.  Now, when you think about it, if that ever really happened, not only would the manufacturer be reckless for selling such an unpredictable product, but, medically speaking, that just wouldn’t be good in any way.  Yet the appeal of such promised success is so strong that reason yields to desire and another bottle of snake oil is sold at a huge profit.

The way it should work is that if you’re arrested for a DUI, you hire a capable, experienced and honest lawyer.  He or she will then thoroughly examine the evidence in your case, looking to see if you fall into that lucky, less than one-quarter of one percent who can beat the case at trial.  If not, then you don’t blow your inheritance on a strategy that won’t work.  And guess what?  Often enough, as the evidence is examined, things do turn up that can be used to challenge it, and keep it out of court.  One thing is crystal clear, though; you’ll never find anything so helpful without looking for it, first.  The key here is that this kind of competent, targeted legal work is very different than the overpriced shotgun approach, where you just keep paying the lawyer to reload and shoot at everything in the hope that something good happens.

I generally hear people express their regrets about having suckered by this in 2 settings: First, in the context of a driver’s license restoration case where a person has been convicted of multiple DUI’s, and second, when I am hired to represent someone for a 2nd offense or 3rd offense DUI.  In either setting, I usually get an earful about how the client “got sold a bill of goods” and spent a boatload of money for a lot of impressive sounding legal work that, when all was said and done, still resulted in a conviction.  When I’m sitting with a DUI client, he or she will often be somewhat embarrassed as they explain how and why they forked over so much money to some lawyer in the hopes of getting out of the charge.  In either case, it always comes back to buying into what they wanted to hear, not what they needed to hear.  Whatever else, they do feel like they have been taken, and are often, and understandably, a bit skeptical when it comes to hiring another lawyer.

For my part, I do what I believe, in my heart and soul, is the “right” and moral thing in every case I take.  It’s something of a joke, but it’s also kind of true, that having a conscience costs a lot of money, at least in my line of work.  Given my platform on this blog and my not-so-small internet presence, I could rather easily, and certainly very profitably, use the “tell them what they want to hear” approach.  I mean, technically, I wouldn’t exactly be lying; you could be one of the lucky .15%, just like, if you buy a lotto ticket, you could be holding tens of millions of dollars in your hand.  But that’s not how I roll.  I’m programmed to be honest, which means my conscience will always be fuller than my bank account.

So what do you do if you’re facing a DUI?  You don’t take my word for anything, but you don’t take anyone else’s either.  Read everything you can, but do so critically.  Think: read between the lines.  Apparently, testimonials are all the rage right now, and my web guys are making me do them soon, even though I think (or rather know) they’re a bunch of BS.  Read them on other sites, if you like, but take the time to also read things like the MSP annual drunk driving audit, as well.  Those aren’t statistics, they’re actual numbers.  Ask yourself how much of an honest reason you have to think the police really botched your case.  Look, if you believe that when you were pulled over your BAC was NOT over the limit, then you should consider fighting to your last dollar.  Otherwise, use your head first.

If you’re facing a DUI anywhere in Wayne, Oakland or Macomb Counties, or in any of the immediate surrounding areas and you’re looking to hire a lawyer, do your homework, read around, and then start asking questions.  All of my consultations are confidential, free, and done over the phone, right when you call.  You can reach my office Monday through Friday, from 8:30 a.m. until 5:00 p.m., at 586-465-1980.  We’re here to help.