As Michigan DUI lawyers, my team and I deal with every aspect of DUI cases. Often enough, to do something like get a charge dismissed, this takes us deep into the finest points of the law. Lawyers are notoriously obsessed with details because cases stand or fall based upon them. Sometimes, though, it’s important to take a step back and look at the big picture. In DUI cases, we can break this “big picture” down into 3 distinct areas: The investigative phase, the court phase, and the “after” phase. In this article, we’ll look at each of them in turn. 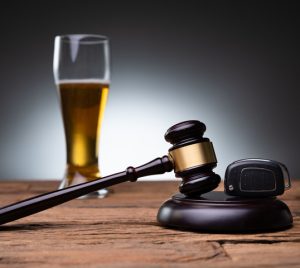 The investigative phase comprises the stop (and/or initial police contact), as well as the interactions that lead to the arrest, including the field sobriety tests. It also encompasses the arrest itself, any and all chemical test(s) that follow, the booking and, ultimately, the person’s release from jail. The court phase covers everything from a person’s first notice to appear all the way through the sentencing and probation. The “after” phase is about life after the case is over, meaning the consequence of a DUI conviction, or the relief of having avoided it altogether.

DUI cases begin at the investigative phase. Most initial police contact begins with a traffic stop, or something like a response to the scene of an accident. Exactly how that leads to a person being arrested is very important. Every step taken here must be carefully examined by the lawyer. Almost every DUI case that get dismissed is tossed out of court because of some problem that occurred in the investigative phase. This includes things the failure to follow proper police procedure, lack of probable cause, or problems with the breath or blood evidence.

In a very real way, DUI cases are like a story. What happens at the beginning affects what happens later, in the middle. Both of those things, in turn, affect the ending. Our job, as Michigan DUI lawyers, is to have as much a hand as possible in affecting how that story turns out. We can’t do anything about the beginning, meaning the investigative phase, but we can certainly manage what happens thereafter.

No matter what, success in a DUI case is best measured by what does NOT happen to you. Even though the facts of the case can’t be changed, knowing how to handle them is key to producing the best possible outcome. Whatever else, an OWI (“Operating While Intoxicated,” the actual term for what everyone just calls a “DUI”) charge won’t dismiss itself. When a case gets tossed out of court, it’s almost always because the lawyer fought with an intelligent defense strategy during the court phase. With few exceptions, if a case does get dismissed, it’s the result of challenging something done (or not done) during the investigative phase.

Assume that Tipsy Tom was driving home one night with Larry the Lawyer as a passenger in his car. Tom was drunk, but Larry hadn’t consumed any alcohol whatsoever. Tom gets pulled over for speeding, and Larry watches as the police detect that’s he’s inebriated and put him through the field sobriety tests. Even if the officer makes all kind of mistakes during the investigation, and even if Larry points all them out on the scene, the officer isn’t going to simply agree. The officer isn’t going to just shrug and say, “Yeah, I screwed up that test, so I’m just going to let Tom go, but Larry needs to drive…”

No. Instead, Tipsy Tom is going to jail for the night, and any legal challenges to his arrest, or the evidence that supports it, will have to be made afterward in court. Thus, the court phase of a DUI case is every bit as important as the investigative phase that preceded it. If the investigative phase of a case is the engine that drives it, then the court phase is equal to the wheels it rides upon.

The court phase of all DUI cases begin with an arraignment. Often, this step can be “waived,” (please read the linked articles), meaning that a person’s first real involvement with the court phase usually begin with a pre-trial. There may be (and frequently are) several pre-trial conferences. Although there is a lot more to it than this simple definition, a pre-trial describes just about meeting between the prosecutor and the defense lawyer, in court, before (i.e., pre) a trial.

The purpose of these meetings is to find a way to resolve the case without the need for a trial. If that’s not possible, then the goal is to at least narrow the issues that need to be resolved through trial. The overwhelming majority of DUI cases are resolved through some kind of plea arrangement (often, a plea-bargain), thereby eliminating the need for any kind of trial.

The court phase continues with the taking of a plea, or the actual holding of a trial, right up to and through the sentencing.

The importance of the sentencing can be easy to overlook, but it really is key to how a person will affected by a DUI. Remember, success in a DUI case is best measured by what does NOT happen to you. Whatever does or does not happen is decided by the Judge at the sentencing.

Plea bargains are an important way to resolve cases without going to trial, but this analogy shows that they’re not everything:

Imagine 2 strangers on a park bench. As they talk, the each learn the other had a DUI.

The first person says, “Man, I had the best lawyer money could buy. She got my High BAC charge reduced all the way down to a reckless driving! I didn’t even get an alcohol conviction on my record!”

The second person nods, and then say, “Yeah, well, my lawyer could only get my OWI charge reduced to an impaired driving. On the bright side, I never lost the ability to drive; I had a restricted license for 90 days, and then I got my full license back. What about you?”

The fist person replies, “Well, I didn’t have any license restrictions or anything like that, but I couldn’t drive while I was in jail…”

The second person screams, “YOU WERE IN JAIL?”

The second person says,  “Well, I didn’t get any jail, and I only got 6 months of non-reporting probation.”

Based on this admittedly exaggerated example, who do you think made out better? Ultimately, it’s what happens to you – and what doesn’t – that matters most.

This brings us to the third phase of DUI cases, the “after” part. Thinking back to our example, the second person only had to deal with 6 months of non-reporting probation. That experience is a hell of a lot better than getting slammed with 2 years of reporting probation that requires constant breath and urine testing, and also includes all kinds of counseling and treatment, as well.

Now, let’s flip our hypothetical on its head. Imagine that both of our park bench people wind up applying for the same job 3 years down the road. The first person won’t have to report a DUI conviction, because there wasn’t one. The second person, however, is going to have to disclose a conviction for the DUI. That could, in some circumstances, kill his or her job prospects.

Even though a DUI charge is, in fact, a criminal charge, most people who get one are not “criminals” in any sense of the word. Indeed, one of our firm’s mottos is that we help good people out of bad situations. My team and I regularly represent health care workers, teachers, and other professionals for whom a DUI represents nothing more than a regrettable instance of poor judgment.

That’s all sounds good, but it’s nothing more than a bunch of meaningless words if someone gets pounded by the Judge. Again, we return to the mantra that success in DUI cases is best measured by what does NOT happen to you.

No matter what, a person is going to have to live with whatever does or doesn’t happen as the result of a DUI. Everything that can be done MUST be done to make the best of that. In our roles as Michigan DUI lawyers, we have to protect our client’s ability to drive, and his or her record, as well. When all is said a done, a person either gets the best outcome possible in his or her case, or not.

No matter what, you don’t ever want to wind up with or not….

My team and I will never let that happen. We will always make sure we produce the best result legally possible in every case we take. No lawyer can do more, and we will never do less.

If you are facing a DUI charge and looking for a lawyer, be a wise consumer and read around. Pay attention to how different lawyers explain the DUI process, and how they explain their various approaches to it.

This blog is a great place to start. It is fully searchable and updated weekly with original content. The DUI section alone has over 590 articles to-date. There is more useful information to be found here than any and everywhere else combined.

Don’t take my word for it, though. Look around and compare for yourself.

After you’ve done enough reading, start checking around. You can learn a lot by actually speaking with a live person.