As Michigan DUI lawyers, we spend a lot of time explaining legal procedure to our clients. All too often, a discussion about how a DUI works its way through the court system can get really deep, really fast. In truth, it is difficult to even briefly summarize any one facet of the legal process without “getting lost in the weeds,” so to speak. In this article, I simply want to simplify all of that and essentially “list” the steps in a typical DUI case – in proper order – so the reader can at least have an overview, or “roadmap,” of how the various stages follow each other and what to expect. 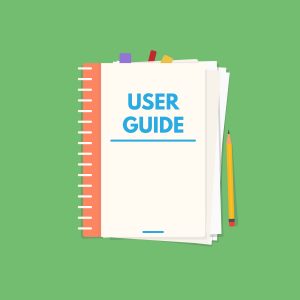 First contact: Every Michigan DUI case begins with some kind of police contact. While we tend to mostly think of someone being pulled over by the police, plenty of DUI cases arise when they show up at the scene of an accident, when a vehicle has gone off the road (this happens a lot in icy conditions), or even when people fall asleep in the drive-thru line of a fast food restaurant, which is something that’s far more common than one might think. However it happens, the simple fact is that a DUI case does not begin until the police interact with someone who is suspected of driving while over the limit.

Typically, these first interactions involve some conversation, any number of questions, and most often, some kind of field sobriety tests, as well. Although our primary purpose in this piece is to summarize the steps, it is worth noting that the alleged reasons for a person’s first contact with the police and the investigation that follows are often 2 of the most fruitful areas for Michigan DUI lawyers, like us, to challenge and exclude evidence. This is why my team and I almost always immediately requisition and review any available video, including dash-cam video from the police vehicle and any body-cam video, as well.

Arrest: Just about every DUI case starts with an arrest. There is little to explain about this in terms of experience that the reader doesn’t already know.

However, in some rare cases – like, for example, if a person is found unconscious after a traffic accident – he or she may be taken to a hospital and thereafter issued a citation for an OWI (Operating While Intoxicated) charge.

Breath or Blood Testing: Following an arrest, a person will either be taken to the police station, sheriff’s department, or elsewhere and required to submit to either a breath or blood test.

This is yet another key area where the evidence must be carefully analyzed, as there are specific protocols that must be followed to insure the evidentiary and scientific reliability of both the breath and/or blood test itself, as well as the ensuing result. Chemical testing can be fertile ground for successful evidentiary challenges.

Release from Jail: In the typical DUI case, a person will be kept in jail until the next day, and, once released, this generally marks the end of police involvement.

Of course, for most people, the first order of business is getting their vehicle out of impound, and then trying to figure out what to do, and what comes next. From this point forward, just about everything that happens, though, will be take place as part of the court process.

Arraignment: An arraignment is the first formal proceeding in court. It takes place in every criminal case, and serves 3 primary purposes: First, a person is told what charge or charges are being made against him or her, second, the person is advised of his or her constitutional rights (including the right to a lawyer), and third, a bond is set.

In the real world of DUI case, it is the setting of bond – and the imposition of bond conditions – that’s most important. If a person paid any money at the time he or she was released from jail, then that amount will usually be considered sufficient and no more will be required.

If a person did not post any money (technically, that’s called an interim bond) with the police or sheriff’s department, then the court may require that he or she do so before leaving. Normally, the amount is a few hundred dollars, and almost always well under a thousand dollars.

Bond conditions are specific things that a person is order to NOT do, and others that he or she is order to REFRAIN from doing in order to stay out of jail.

For example, just about everyone charged with a DUI will be ordered to NOT use any alcohol and drugs, and will also be ordered to provide some combination of periodic breath and/or urine tests to prove that he or she is in compliance.

Likewise, everyone facing a DUI will generally be prohibited from leaving the state without permission of the court.

In some courts, the arraignment is not held as an initial, first proceeding, and will instead be combined with the pre-trial (covered next). When that happens, the court notice a person receives may read something like “Arraignment/Pre-Trial.”

Pre-Trial: This is a key stage in any DUI (and any other criminal) case. The term pre-trial, sometimes (and more accurately) called a “pre-trial conference,” is generally used to describe a meeting between the prosecutor and the defense lawyer before a trial. This is why it’s called a pre-trial.

Most of the time, pretrials are scheduled so that the parties can discuss the case and work out a deal to resolve it. Unless the evidence has been compromised seriously enough for there to be a way to beat the case, the first priority for a Michigan DUI lawyer is to negotiate the best plea bargain and/or sentencing deal possible for his or her client.

Usually, after the prosecution and defense have met, the case will be called by the court to see if a deal has been reached, or, if not, to determine what should happen next.

In the real world, plea negotiations can take time, so it’s not uncommon for there to be more than one (and often several) pretrials.

To be sure, the overwhelming majority of DUI cases resolve through plea negotiations. However, in those rare cases when it appears that no agreement can be reached, then a case will be set for trial.

Trial: When the parties are unable to resolve a case with some kind of plea, then it will be settled through a trial. There are 2 kinds of trials: a bench trial, which is when the Judge alone decides a person’s guilt or innocence, or a jury trial, which is rather self-explanatory.

There is a lot that goes into a trial, and even the most superficial review of the process would be rather long, so for our purposes here, we’ll simply note that each side has the opportunity to present and question evidence and witnesses, and, ultimately, a decision is made about whether the person is guilty or not.

Whatever it’s called in any given court, the PSI is, by far, the most important phase of a DUI case, because it culminates in a legally required written sentencing recommendation that advises the Judge specifically what kind of sentence to order.

The PSI process is handled by the court’s probation department. For everything that can be said about it, the simple fact is that every Judge in every court follows the sentencing recommendation very closely, if not exactly.

Under Michigan law, prior to being sentenced for any alcohol-related traffic offense (i.e., DUI), a person MUST complete a formal alcohol use assessment. That’s why this is sometimes called a “screening.”

The purpose of this screening is to determine if he or she has, or is otherwise at an increased risk to develop, an alcohol problem. Of course, the mere fact that someone is undergoing this evaluation as the result of a DUI arrest means they’re already starting out with something of a handicap in the first place.

In addition to the alcohol screening test, the probation officer who handles the PSI will interview the person and gather comprehensive background information about him or her, including his or her prior record, if any, and look at everything from where and to whom he or she was born, by whom he or she was raised, and everything else about his or her life (including, but not limited to education, employment, marriage, any, alcohol and drug use history), from birth though the present.

Taking all of those things, the facts of the case, and, most importantly, the person’s results from the written alcohol screening test into account, the probation officer then writes up a sentencing recommendation that is sent to the Judge.

Accordingly, it is very important to make sure the client is thoroughly prepared for all of this, and that’s exactly what my team and I do in every case.

Sentencing: This is the final phase of a DUI case, and it’s when the Judge decides what consequences and penalties to impose for the offense.

Remember, the goal of hiring a DUI lawyer in the first place is to avoid or minimize as many of the potential legal penalties and negative consequences as possible. Accordingly, and as I often point out –

By and large, the most common penalties for DUI offenders involve probation, classes, counseling, an order to NOT consume any alcohol (or use any drugs), and a requirement that a person test at various intervals to ensure his or her compliance with that mandate.

Jail is rare in 1st offense DUI cases, and can often be completely avoided in 2nd offense cases, as well.

At the sentencing, the person and his or her lawyer are given an opportunity to address the court, and at least the lawyer is expected to confirm that he or she AND the client have read the PSI report and sentencing recommendation, that the facts recited within it are accurate, and to make any comments regarding it.

For better or worse, it is here that a person will either be glad to have hired a really good lawyer, or will regret not having done so.

It’s at this point that the voice of the lawyer really matters, although a better lawyer will have used already that voice to have made sure that the client was prepared for and did as well as possible at the PSI phase.

The Judge, of course, gets the last word.

When he or she pronounces sentence, that’s it.

One last thing, however…

That, in summary form, is the entire DUI process, and, as the old Hollywood saying goes, “That’s a wrap!”

If you are facing a DUI, be a wise consumer and read around. Read how lawyers explain the DUI process, and how they explain their various approaches to it.

If your case is pending any court here, in the Greater-Detroit area of Wayne, Oakland, Macomb, Lapeer, Livingston, St. Clair or Washetenaw Counties, then give us a ring, as well.