This article about the alcohol bias in Michigan DUI cases is not intended to be a “Cliff Notes” or a summary of the larger, 8-part article examining how it functions in the court system. If anything, I hope that what the reader finds here will motivate him or her to read all 8 installments of the larger piece. The alcohol bias, at its most basic, is the pre-supposition, within the court system, that essentially results in everyone going through a DUI being treated as if they either have, or are at risk, to develop a drinking problem. 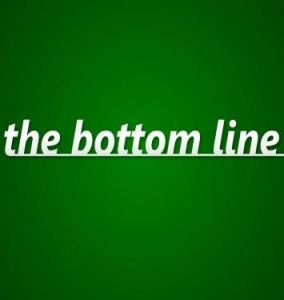 The bias generally operates beneath the consciousness of everyone working in the courts, even though it really is a controlling factor in how DUI cases are processed. The implication of the alcohol bias is the idea that most DUI drivers are risky drinkers, and should be treated as such. This notion is strongly supported by studies consistently showing that DUI drivers, as a group, have a statistically higher incidence of alcohol problems than the population at large. As true as that may be, the other implication, too often overlooked, is that plenty of people showing up for a 1st offense DUI case DO NOT have a drinking problem.

Rather than taking a chance of missing someone who either has an actual drinking problem, or  who is otherwise at risk for one to develop later, the courts believe that “it’s better to be safe than sorry.” As a result, just about every court, in almost every DUI case, requires at least some level of alcohol education, if not counseling and/or treatment for just about every 1st-time offender. The real-world effect of the bias is that anyone going through a DUI will, at a minimum, have to do some drinking prevention type “stuff.”

In a perfect world, the idea that DUI drivers are part of of a higher risk group would be offset by improved mechanisms for screening out those who either have an existing alcohol problem or any kind of real potential for one to develop, and separating them from those people who simply made a mistake in judgment.

It doesn’t work like that, however. The “better safe than sorry” approach is prophylactic, like immunizations. The result is that everyone gets some kind of education, counseling or treatment, whether they need it or not.

If this was the only consequence for anyone going through a 1st offense DUI, it wouldn’t be so bad, but the bias has changed everything about the DUI process in Michigan, and that impact can be felt from the very outset of an OWI case.

As is stands now, almost every person facing a DUI charge in any court in Oakland, Macomb or Wayne County will be ordered to refrain from consuming alcohol while his or her case is pending, and also be required to submit to some kind of breath and/or urine testing to prove that he or she is not drinking. Although having to test is certainly not the end of the world, it is still a pain in the rear.

Sit in any courtroom long enough, however, and (unless it’s your own case) you’re likely to start seeing the whole testing thing as a “necessary evil,” just as those who work in the court system do. As burdensome as having to do all of this might seem, the fact is that, every day, in every court, loads of people who have been previously ordered by a Judge to not drink wind up getting caught doing just that, even though they have also been required to “test” to ensure their abstinence from alcohol.

Thus, a regular part of every court’s docket involves dealing with people who have violated their bond conditions by testing positive for alcohol (and/or drugs) while they’re waiting to resolve their OWI case. While the protective measures of a “no drinking” requirement along with mandatory testing to enforce it are products of the alcohol bias, the endless parade of people who get caught drinking, despite being ordered to refrain from doing so, only serves to reinforce it, and in a big way.

The studies showing DUI drivers having a higher rate of drinking problems than the population at large essentially boil down to this: if you were to group everyone who has a driver’s license, and then screen all of them to filter out everyone within that group who has ever had, or is going through a DUI, you will always find a significantly higher incidence of problematic alcohol use among the DUI drivers than you would within the larger group.

This is confirmed, every day, in the real world. It has long been a standard condition of DUI probation that a person cannot drink any alcohol, and also that he or she must test at periodic intervals to enforce compliance. Just like there are with bond violations, there is a never-ending supply (meaning a constant and regular flow) of people who get caught violating their probation by drinking alcohol.

What’s more, these are just the people who get caught drinking; there are obviously more who manage to get away with it.

Although this may be something of a “chicken -vs- the egg” kind of debate, it’s likely that the alcohol bias, or at least the beginnings of it, came about long before any studies confirmed a higher rate of alcohol problems in DUI drivers, versus the population at large. Regardless of which came first, the alcohol bias is constantly reinforced by, among other things,  an ongoing stream of DUI drivers getting caught violating bond or probation orders to not drink.

No matter what you do for a living, after a while, you begin to see patterns. One pattern seen by Judges is that just about every person in court for a drunk driving charge promises it won’t happen again. Despite that, however, the court dockets are full of 2nd offense and 3rd offense DUI cases. As much as everyone standing in court for a DUI may intend to never get another one, the fact is, it happens.

In Michigan, anyone facing a 2nd of 3rd offense is categorized as a “habitual alcohol offender,” and is presumed to have an alcohol problem. There are a lot of implications to this, but one that is very relevant, in this context, is that nobody becomes a repeat offender by choice. Instead, it’s presumed, both by the law, and those who deal with it in the criminal justice system, that a person’s problematic relationship with alcohol overrides his or her best intentions and better judgment.

In other words, people get a 2nd or 3rd offense DUI because they have a drinking problem.

Of course, you can be sure most, if not all, of these 2nd and 3rd offenders had promised their previous Judge(s) that it would never happen again, and probably every last one of them meant it when they said it.

A troubled relationship to alcohol, however, is not a matter of choice, intention, morality, or anything else. While most people can drink socially and not have any issues, others cannot.

Some people rarely drink, but when they do, are at great risk to run into some kind of trouble because, to put it simply, they don’t have an “off switch.” Other people can drink normally most of the time, but every once in awhile, they lose the ability to self-regulate and overindulge to the point of creating some kind of problem for themselves.

Drinking problems come in as many varieties as people. Today, we are long past the out-of-date stereotype of an alcoholic as some old guy with a bulbous, veiny nose who drinks every day, and wakes up with the shakes. In fact, we’re long past the idea that a “drinking problem” even equates to any notion of “alcoholic.”

When it comes to DUI’s for example, the idea is that, whatever else may or may not be going on in someone’s life, on at least one occasion, they got drunk and then got caught driving, putting themselves and everyone else at risk. That is risky behavior.

I’m not being judgment here, because I realize, as I say this, that if we were to ask for everyone who has NEVER over-indulged and then driven a motor vehicle to stand up, and if people were honest, there would be a LOT of people still seated.

Even so, there isn’t anything inherently wrong with the idea of requiring every DUI driver to complete some kind of alcohol education. Likewise, on the face of it, there is nothing objectionable about sending anyone who is seen as having, or otherwise being at risk to develop a drinking problem, to some kind of appropriate counseling or treatment.

The bigger problem is that the alcohol bias tends to find problems that aren’t there, and to magnify any issues that do exist, and see them as more severe than they really are.

This is called “over diagnosis,” and it’s one of several problems inherent in the court system that is part of the alcohol bias and only serves to complicate DUI cases.

Another big, well-known problem – one that, for all intents and purposes, is essentially accepted as clinical fact – is that the court system is a solid decade behind the modern treatment protocols used in cutting edge counseling and treatment at any given time. This may not sound like much, but it is a very real and important issue, and one that I battle all the time, knowing what I know though nearly 30 years of experience, and also having completed a post-graduate clinical program of addiction studies.

The short version is that many courts are, unfortunately, stuck in the past. The best example of this is AA; it’s a great program, but only for some people, and the fact is, it’s probably not a good fit for most people. There are countless recovery processes by which someone with an alcohol problem can get better, and AA is just one of them.

The modern trend in treatment is to help a person find the kind of “help” that’s right for him or her. This point is almost completely missed by those courts stuck on requiring AA for everyone, however. It’s kind of like how most people say something like “give me a Kleenex,” or “do you have any Windex?”. Those are brands, but since they were essentially the first of their kind, we tend to think of a facial tissue as a “Kleenex,” and a window cleaning solution as “Windex.”

Ask most people what they think will help with a drinking problem, and you’ll almost always hear “AA” right off the bat.

AA can be helpful, but in an age with countless other treatment options, it is just one way to address an alcohol problem, just like penicillin is just one antibiotic that can be used to cure an infection.

The key to finding the right kind of “help” is to first accurately diagnose what kind of problem a person does, and perhaps more importantly, does not have. The alcohol bias, though, inevitably results in finding or suspecting problems that aren’t there, perceiving those that do exist as worse than they are, and packing everyone off to get some kind of help, whether they need it or not, as a “better safe than sorry” measure.

We’ll stop here, and finish up in part 2.