In our capacity as Michigan DUI lawyers, we know that none of our DUI clients is any kind “criminal,” but we also know that each has been charged with what is, after all, a criminal offense. This distinction is more than academic, or some play on words, because the reality is that a DUI case often drags an otherwise law-abiding person squarely into the midst of the criminal court process. The bewilderment and frustration many people feel about this is often expressed in statements like, “I feel like I’m some kind of criminal.” 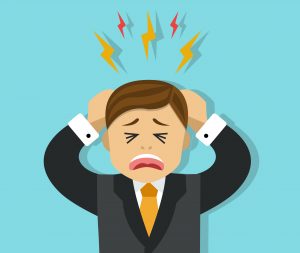 In the real world, people from all walks of life wind up facing DUI charges. Our firm is a premium DUI practice, so none of our clients resemble anything like someone would picture when thinking of the word “criminal.” That said, it’s also true that plenty of real criminals do get in trouble for drunk driving, just like everyone else. In that sense, DUI charges are like speeding tickets, in that no person, or class or group of people are exempt from them, with the sole exception of people who simply don’t drive.

For what it’s worth, a “real” criminal would consider a DUI charge more of an inconvenience rather than anything else, whereas that otherwise law-abiding person may very well freak out over it. For us, as Michigan DUI attorneys, this, in and of itself, can be reassuring. We don’t work with hardened criminals, nor do we want to. Decades ago, I chose to NOT handle things like rape and murder charges, and, to be honest about it, I simply don’t have any inclination to work with people accused of those or any other such serious crimes.

Having a client who is a good person, solidly employed, and worried sick about how a DUI charge can affect his or her work status is a lot more comfortable than sitting across from someone like Hardcore Harry, the Habitual Offender and discussing whether we can keep the sentence for his most recent felony case to less than 10 years in prison.

In that sense, then, my team and I don’t consider our DUI clients “criminals,” but neither can we ever lose sight of the fact that in Michigan, a DUI (technically called Operating While Intoxicated, often written up as “OWI”) is, in fact, a criminal offense, and that it does carry a potential jail sentence.

As a result, in a DUI case, all the rules of criminal procedure, including those regarding the admissibility of evidence – and challenges to that evidence – are the same as in any other criminal case.

That’s not meant to scare the reader, and to be clear, at least in the Greater-Detroit area of Wayne, Oakland, Macomb, Lapeer, Livingston, St. Clair and Washtenaw Counties, going to jail for a 1st offense DUI is highly unlikely, and even when facing a 2nd offense DUI, a person can often be kept out of jail.

Let’s be honest: A client who is concerned, for example, about the impact of a DUI conviction on his or her medical or other professional license is invariably NOT any kind of crook. Helping otherwise good people safely get through the DUI process and get on with their lives is a lot easier for us, as Michigan DUI lawyers, than trying to work out a good plea deal for someone like Hardcore Harry, who is still on parole and whose longest job stint was making license plates in prison.

Although a DUI case – like any and every criminal case – is made up of evidence, and therefore either stands or falls based upon that evidence, it is first and foremost about an actual person. This is important, and should never be overlooked.

At the end of the day, who you are as a person really does matter in in a DUI case. If you have a long history of being gainfully employed and have otherwise been a law-abiding and tax-paying member of society for your whole life, we can use that to help differentiate you from the kind of person who is “sketchy,” and not a stranger to the criminal justice system.

Usually – and ironically – it’s the people who worry the most about a DUI charge that have the least to fear from it. That lack of experience in the court system is an asset, and it needs to be used to each client’s fullest advantage.

That said, while having no prior experience in the criminal justice system is a good thing, a person is also going to quickly learn that his or her status as a “newbie” or “outsider” won’t excuse his or her conduct, and it won’t exempt him or her from complying with certain requirements set by the court.

Those begin with being on bond, meaning being allowed out of jail while the case is pending.

In the Greater-Detroit area, it is standard for every Judge, in every court, to order anyone facing a DUI charge to completely abstain from consuming alcohol (and drugs, including recreational marijuana) while his or her case is pending, and to also require the person to provide breath and/or urine tests at various intervals to prove themselves in compliance.

There is a long history to and a lot of reasons behind this, and I covered that subject in a recent article about the standard “no drinking” bond and probation condition in local DUI cases. I bring it up here because it’s at this very point where a lot of otherwise good, hard-working, law-abiding and tax-paying people can get frustrated, and complain that being forbidden from even enjoying a glass of wine with dinner makes them feel they are being treated like a criminal.

While those feelings are understandable, the bottom line is that precisely because a person has wound up facing a DUI charge – whatever background story there is to that, and however out of character it may be for him or her – the fact is that he or she will still subject to the the court process.

Some people will nod their heads and accept this, while others will shake their heads in disagreement.

Whatever a person may think or feel, the simple fact is that’s just the way it is.

To be clear – it doesn’t matter whether a person is 4-star General, the president of a major University, a talented surgeon, a dentist, a lawyer, an accountant, an electrician, a machinist, a mechanic, or a vagrant, or career criminal – the “no drinking” order applies to each and every one, and there are no exceptions.

That part of things is humbling, if not a bit humiliating, as well, but that’s one of the inescapable costs of facing a DUI charge, even though a person is not any kind of “criminal.”

Not being able to drink for a while shouldn’t be a big deal, and if it is, then a person has more problems than just a DUI itself to work through. For the vast majority of people, though, this is simply a point where they’ll have to grin and bear it.

In the larger picture of life, having to lay off alcohol for a time is not a tragedy.

Beyond the drinking prohibition, there is a bright side to this, because among those people for whom getting arrested is out of character, and despite how much they freak out over all the “what about?” and “what if?” questions they have as the initially face a DUI charge, the good news is that a single DUI won’t amount to anything more than a short-lived blip on the radar of life.

Simply because the kind of person we typically represent is NOT any kind of criminal, my team and I can get them through a DUI unscathed.

As I often point out, success in a DUI case is best measured by what does NOT happen to you.

Our job, as DUI lawyers, is to make sure we avoid or minimize as many of the legal penalties and negative consequences possible, and that’s a lot easier to do for someone who has a good background, and has otherwise not been any kind of “regular” in the criminal justice system.

Nevertheless, a DUI is a criminal offense, and it should be taken seriously. Moreover, a person should commit to making whatever adjustments are necessary to make sure it never happens again.

Fortunately, and as we noted, at least in non-injury DUI cases, there is usually an inverse relationship between the anxious, uncomfortable feeling a “non-criminal” person will experience when facing a DUI charge and how misplaced those feelings are, and that’s a good thing.

If you are facing a DUI charge and are looking for a lawyer, be a good consumer, do your homework, and read around. Read how lawyers explain the DUI process, and how they explain their various approaches to it.

If your case is anywhere in the Greater-Detroit area (as defined above), give us a ring, as well. All of our consultations are free, confidential, and done over the phone, right when you call. My team and I are very friendly people who will be glad to answer your questions, explain things, and even compare notes with anything some other lawyer has told you.