One thing my team and I know all too well from our work as Michigan DUI lawyers is that nobody is happy to find themselves facing a drunk driving charge. It certainly isn’t the kind of thing anyone wants to brag about, but for people in certain positions and professions, the quieter it can be kept, the better. For some, a DUI can be something of a double-whammy, bringing to their employer’s attention both the taint of an ongoing criminal case and questions about whether or not the person may have some kind of drinking problem. 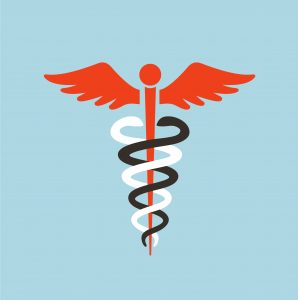 This is also a concern for people who hold certain professional licenses, like those in the medical field. Unless a DUI charge is dismissed outright, a conviction will have to be reported to the licensing body, and that will give rise to concerns about both the criminal offense itself as well as the person’s relationship to alcohol. It is almost instinctive for someone in this position to become defensive and deny having any kind problem, if for no other reason than the fear of making things even worse. Having to report a DUI is bad enough, but nobody wants to add a potential drinking problem to the mix.

These are, of course, legitimate and important considerations, but it is also critical that anyone in this kind of DUI predicament NOT let them prevent him or her from also taking an honest look at his or her relationship to alcohol. In other words, while the goal for anyone facing a DUI is to get through it and avoid as many of the legal penalties and other potential negative consequences as possible, that should never stop him or her from at least privately questioning whether the whole thing was really a one-off, or if it may be the result of some kind of troublesome drinking behavior.

It seems counter-intuitive at first, but when it comes to problem drinking, being intelligent isn’t only unhelpful, it can be a problem. Smarter people can often rationalize better, and, when it comes to their relationship to alcohol, even those who have obvious and serious problems can think themselves right back into another drink. For anyone dealing with an OWI charge (Operating While Intoxicated, the actual term in Michigan for what everyone just calls “DUI”), at least as it relates to their drinking, thinking in simple terms is better.

Are you the kind of person who never drinks and drives, or who at least never drinks enough to be anywhere near the legal limit, much less over it, before driving?

Note how this question is directed toward your driving behavior. In other words, a person could answer yes to it, but still have a troubled relationship to alcohol.

There is an old saying that is very enlightening and relevant here – Anything that causes a problem is a problem.

In the context of a DUI charge, the question then becomes, what, exactly, is the problem? Is it the person’s drinking, a bad influence from his or her social group, or was it merely a single instance of poor judgment.

To be sure, at least when it comes to a 1st offense, a DUI very often just “happens.” Even when it really does represent nothing more a single episode of bad judgment, the court wants to make sure that the person will thereafter remain conscious of his or her choices and not make the same mistake again.

In our role as Michigan DUI lawyers, the goal for my team and I is similar – we want to manage the case properly in order to make sure our client can put his or her DUI in the past and get out of the case with the fewest penalties possible.

That said, beyond the DUI episode, and aside from anything to do with driving, a person should also consider his or her overall relationship to alcohol. The reader may find this recent article I wrote on this subject to be helpful.

Here is another question to consider:

Without thinking of anyone else, or how much or how often they drink, was your arrest for a DUI the result of some unusual drinking behavior on your part?

If you can honestly answer yes to this question, then the chances are better that your DUI really was a “one-off.”

Yet while that’s all well and fine, it doesn’t help anyone who works for any employer that requires him or her to report something like a DUI, or who has an occupational or professional license that requires a conviction to be reported.

So what do you do?

If we’re going to be “real” about it, one of the first questions that pops up is something like “is there any way to keep this quiet?” or, “will they (meaning either the employer and/or the licensing body) find out?”

As far as an employer goes, the answer is a world-famous legal response: it depends.

Some people are employed pursuant to either an express contract or other terms that require them to disclose either a DUI arrest or conviction, or both.

Even absent that kind of specific requirement, if an employer does – or even might – run either a criminal or driving record, then your DUI will show up.

There is a bit of a silver lining to all of this because, for as scary as all that sounds, over the course 30-plus years and thousands of drunk driving cases, we have only had 1 client ever lose a job as a consequence of a DUI, and I’m quite sure that in his case, he and the employer were already at odds beforehand, and he was on his way out, anyway.

By contrast, we’ve had plenty of clients people who literally drove for a living, and in all their cases, their employer re-assigned them to other non-driving positions, rather than let them go.

Although the reader may think I’m just saying this next thing because it’s “expected,” those 30-plus years and thousands of DUI cases have absolutely convinced my team and I that it’s better to be upfront about getting a DUI, rather than not.

To be sure, there are some occupations where an employee’s DUI will never be relevant, and/or otherwise never come to light. However, if it ever could matter, then it would certainly be better to disclose it voluntarily rather than have to explain it later, should it be discovered.

Then, of course, we have the issue of occupational or professional licenses.

A lot of people worry about the impact of a DUI on their professional license – particularly those in the medical field. Before we get into that, let’s highlight one critical point: if you’re convicted of a DUI and you have any kind of medical (or other professional license that requires reporting), you must report it, and do so within 30 days.

One of the most common DUI-related reasons for suspending a medical license is because a person fails to report his or her conviction. We’ve handled loads of DUI’s for people in every medical profession, from physicians on down, and not one of them has ever had his or her license suspended, including those convicted of 2nd offense DUI’s.

Michigan law requires that the lawyer handling the case, the court deciding it, and the person convicted of it all report a DUI conviction to LARA. Although this redundancy is no doubt in place to make sure every OWI conviction is properly recorded, it is the self-report that matters most.

In the context of an occupational or professional license, the facts of your case do matter. Of course, the whole point of reporting a conviction is to protect the public from someone with either or both criminal tendencies or whose judgment is otherwise impaired by a substance abuse problem.

That said, the good news is that, unlike child molesters, sexual predators and thieves, people with a DUI conviction don’t usually present as being so much a criminal threat as they do someone who may be struggling with a substance abuse problem.

In that way, getting cited for just being above the legal limit is a lot better than getting caught after having crashed into a row of parked cars while being really drunk.

This is why an honest self-assessment of your drinking is important. If your relationship to alcohol (and/or drugs) has become a problem, then you need to address it. It won’t go away on its own, and it can’t be fixed by simply vowing to cut back or otherwise try and control your drinking.

How you address it can, in some cases, be a matter of personal choice. In other words, if your DUI involved a sky-high BAC and the court system identifies you as a problem drinker, then your licensing body will see things differently than if your BAC was barely over the limit, and the court does not identify you as someone with a problem.

In the latter situation, you may choose to address your problem privately. If, however, your licensing body also identifies you as someone who needs counseling or treatment, then your options will be fewer.

There is a certain strategy to how we present all of this, and it’s best discussed in the confines and under the shield of an attorney-client relationship. For our purposes here, though, the reader should at least know to engage a lawyer who understands the employment and professional licensure implications beyond the legal obligation to merely report a DUI conviction.

To be clear, even if a person manages to “slide through” any reporting requirement, if he or she senses that something is amiss with his or her drinking, then that should not be overlooked. Left unattended, that kind of problem will resurface again sooner or later, and the consequences can be rather profound.

Whatever else, they’ll always be worse the second time around.

As anyone in the helping professions knows all too well, it isn’t a sign of weakness to get help. On the contrary, NOT getting help is the real weakness.

If you are facing a DUI and looking for a lawyer, be a wise consumer and read around. Pay attention to how different lawyers examine the DUI process, and how they explain their various approaches to it.

If your case is pending in the Greater-Detroit area, meaning anywhere in Wayne, Oakland, Macomb or the surrounding counties, give our firm a ring, as well. All of our consultations are free, confidential, and done over the phone, right when you call.