In a recent article, we looked into why, in Michigan DUI cases, the court system must and will thoroughly examine a person’s drinking habits and history. In this piece, we’re going to really zero in on that and focus in on a critical stage in every OWI case – the Pre-Sentence Investigation (PSI) and the mandatory alcohol screening that’s part of it. We’ll examine what happens there, and why my team and I, as Michigan DUI lawyers, put so much effort into preparing our clients for it. 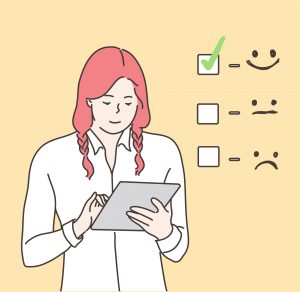 The whole point of hiring a lawyer in the first place is to avoid as many of the legal penalties and negative consequences as possible from a drunk driving charge. Thus, and as I often point out, success in a DUI case is best measured by what does NOT happen to you. Whatever penalties are or are not imposed, though, will be decided at the sentencing. This is important, because the mandatory alcohol screening and PSI ultimately culminates in a written sentencing recommendation being sent to the Judge advising him or her exactly what to order (and what not to order) as a person’s sentence.

In practice, the alcohol screening is really the single most important factor in determining what that recommendation will be, and, therefore what kind of sentence will follow. This screening, variously referred to by different courts as an “alcohol assessment,” a “substance abuse assessment,” “substance abuse evaluation,” “substance use evaluation”(or just an “assessment” or “evaluation”) always refers to a person completing some kind of alcohol or substance use questionnaire, which, in proper clinical lingo, is actually called a “screening instrument.”

Because an alcohol screening involves providing written answers to a standard series of questions, (the answer sheets require various combinations of yes/no, true/false and multiple choice responses, or even ranking a response from 1 to 10), I will often use the term “test” within this piece when discussing the screening instrument, in no small part because it certainly feels like a test to any person who must complete one.

As noted above, the alcohol screening is part of a larger process called a “Pre-Sentence Investigation,” or PSI. It will be helpful for us to start with the bigger picture and outline what the PSI is all about, as that will help explain why the screening is such a critical part of it.

As a preliminary matter, the reader should read the earlier article I mentioned (and linked) above, because it will help him or her understand the inherent alcohol bias in the court system, and the underlying role it plays in the who DUI process.

In short, though, the “alcohol bias,” which is ever-present in DUI cases, refers to the court system’s focus on a person’s drinking history, and the fact that it often “sees” problems that aren’t there, or can perceive any problems that do exist as more serous than they actually are.

There is a good reason for this, however, beyond the fact that the court system, in its role to protect the public, will always take a “better safe than sorry” approach: It is a fact, and one that has been repeatedly validated in study after study, that, as a group, DUI drivers test out as having a statistically and notably higher rate of drinking problems than the population at large (meaning the whole of society).

The upshot of this is that anyone walking into court for a DUI automatically does so as part of a group with an identifiably increased risk of having an alcohol problem. That’s huge.

In Michigan, the law regarding Operating While Intoxicated (OWI, the actual legal term for what everyone just calls “DUI”) requires that, prior to being sentenced, a person must undergo a mandatory alcohol evaluation so that the Judge will know whether that person either has, or is at risk to develop, a drinking problem, and can therefore consider, in 1st offense cases, if any kind of counseling or treatment should be ordered.

Counseling and/or treatment is mandatory in 2nd and 3rd offense cases; the only question is the extent and kind that will be ordered.

The problem with this is that the kinds of alcohol assessments used in the court system – at least in the Greater-Detroit area of Wayne, Oakland, Macomb, Lapeer, Livingston, St. Clair and Washtenaw Counties, where my team and I concentrate our DUI practice – provide a very narrow glimpse into what might be going on in a person’s life, and, at best, can only produce a limited impression of his or her relationship to alcohol, without much context.

The simple fact is that it is risky to assume that a single written questionnaire can accurately portray someone’s life circumstances, and particularly the role that alcohol and/or drugs may (or may not) play in it.

That, however, is precisely what the court system does.

Realistically, what else can it do? In the larger picture, using a standardized, over-the-counter substance abuse screening tool is largely “good enough,” and “good enough” is, well, good enough.

Because of this, it is not uncommon for my and my team and I to have some of our DUI clients undergo a more thorough assessment, conducted by the counselor we use, in order to get a more complete snapshot of his or her life circumstances. Although a substance abuse assessment is part of this, it’s critical to really get a more comprehensive picture of the person and what he or she is all about.

We never lose sight of the fact that, as Michigan DUI lawyers, our job is to avoid or minimize as many of the legal penalties and negative consequences possible. It’s always good to remember that success in a DUI case is best measured by what does NOT happen to you.

To accomplish that, it is critical to focus on the big picture:

• Maybe someone charged with a DUI is really depressed, and the drunk driving incident is more about that than any kind of drinking issue.

• What if any such person is in an abusive relationship, needs help, but doesn’t know what to do, and reaches for alcohol to numb his or her pain?

• Or, what if someone is just going through a rough patch?

A person’s use of alcohol, whether normal, problematic – or even non-existent – really only a represents a single facet of his or her life.

There are endless things that could be missed by merely assessing a person’s drinking, and even as it relates to drinking, wouldn’t it always be better to have some context as to how alcohol, in general, and the DUI, in particular, figures into his or her life?

The idea, then, is get a good sense of what a person is all about and what is going on in his or her life. Of course, a key part of that – especially in a DUI case – is is his or her history with and relationship to alcohol, and that’s what the assessment looks at.

Within the court system, the alcohol screening is part of the larger Pre-Sentence Investigation process. No matter what, though, the focus of the PSI process is sharply aimed upon the person’s drinking habits.

Typically, a PSI involves getting information about a person’s background:

Another important part of the PSI process is an interview with the probation officer (PO).

This interview usually takes place after the administration of the alcohol screening test. Beyond all the information the probation officer will gather about the person, and their “score” on the alcohol screening test, the PO will also be influenced by his or her perception of the person, both from the information provided about the issues listed above, and, in general, just from the “vibes” the person gives off.

As far as the alcohol screening test goes, each answer has a numerical point value, and a person’s responses are totaled up and compared to a scoring key.

These scoring keys typically have point ranges, and by falling inside any one range or another, it is concluded that a person either doesn’t have a drinking problem, is at risk to develop one, or, if he or she does test out as having some kind of problem, then based upon his or her point total, the scoring key gauges how serious it has become.

The probation officer, based upon his or her evaluation of person’s background, prior record, if any, as well as their life current life situation – and of course, the results of the alcohol screening test – must provide a written sentencing recommendation that advises the Judge what kind of consequences to impose upon a person for his or her DUI.

This recommendation will include things like the suggested length of probation, the kind of education, counseling or treatment, frequency of alcohol and/or drug testing that should be required, and any other conditions and prohibitions the probation officer thinks should be ordered.

In the real world, every Judge, in every court, follows these recommendations very closely – if not to the very letter. This is critically important, because what you will NEVER see happen is some Judge deviate in a significant way from what his or her probation department has recommended and impose a radically different sentence.

For everything that could be said about the sentencing recommendation, the bottom line is that it is really a blue-print for what is going to happen to someone when he or she stands before the Judge to be sentenced for a Michigan DUI charge.

A person who is prepared to do well will always fare better than someone who just blunders into his or her PSI without having been made ready for it.

As with so many things in life, preparation is key.

We’ll stop here, and pick up, in part 2, by looking more closely at the written alcohol assessment test, the context in which it is administered, and some then examine some serious concerns about it.