In part 1 of this article, we began examining the important role of the alcohol screening that is mandatory in all Michigan DUI cases. As we noted there, that screening is really a written “test” that is administered as part of a larger process called the “PSI,” short for “Pre-Sentence Investigation.” The whole point of the screening and PSI is for the probation officer assigned to a given case to generate a written report and sentencing recommendation that is sent to the Judge, who will use it as a basis for deciding what kind of consequences, conditions, and penalties to impose. 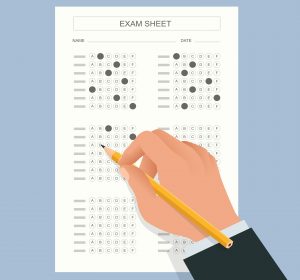 Toward the end of the first part, I pointed out that this is so critical because every Judge, in every court, follows the probation officer’s sentencing recommendation very closely. The simple fact is that no Judge is ever going to depart in any significant way from what his or her probation department has recommended and then order a sentence that is different from what was suggested. In a very real sense, the sentencing recommendation can essentially be looked at as a blueprint for what is going to happen to someone as a result of his or her DUI charge.

As I often point out, the gold standard that my team and I follow, as Michigan DUI lawyers, is that success in a DUI case is best measured by what does NOT happen to you. Given that the sentence ultimately imposed is a direct result of what is recommended in the PSI, then the goal, of course, should be to procure a more favorable recommendation in the first place. Because of the critical function of the alcohol screening within the PSI process, it is imperative for anyone going through a DUI to perform, meaning “test out,” as well as possible on it.

This all makes sense, and, rather obviously, it’s clear that everyone should try to get a favorable sentencing recommendation. Yet while it sounds logical, it’s not quite as easy as it sounds.

For example, every screening instrument (i.e., test) will ask some version(s) of these questions:

• Have you ever been arrested for an alcohol-related traffic offense (DUI)?, and

• Have you ever had any other legal issues that involved drinking?

Remember, each and every answer has a point value; generally speaking, the less points, the better.

Anyone undergoing a court-ordered alcohol screening as the result of a DUI arrest will have to answer “yes” to those questions, thereby already starting out with some points – and a handicap, as well.

This becomes even more of an issue if a person now facing a DUI charge has ever had an MIP, or an Open Intoxicants charge, or any other previous conviction related to drugs or alcohol (like a domestic violence, or disorderly person).

Beyond these preliminary issues, plenty of the “better” answers (meaning those that won’t make a person appear more like he or she has a drinking problem) to the questions asked by these assessments are very often counter-intuitive.

Put another way, what many people think will “look good” by way of a response to any given question will often have the opposite effect. This is not about a person’s intelligence, either. The smartest rocket scientist in the world has no advantage over anyone else when it comes to completing an alcohol assessment questionnaire.

Make no mistake, the people who develop (and continually refine) these tests aren’t so naive as to think that the people answering the questions won’t try to outsmart them, so these screening instruments have not only evolved to be all but foolproof, but some of them actually measure whether or not a person is trying to answer in a way that’s favorable.

Indeed, there is one such test, widely used in the court system, that measures and reports a person’s test-taking attitude as he or she answers the questions while it simultaneously evaluates his or her relationship to alcohol.

I’m not claiming to be the smartest person in the room, but beyond just being a Michigan DUI lawyer, I have also completed a formal, post-graduate program of addiction studies. Consequently, I have a solid clinical understanding of the development, diagnosis and treatment of, as well as recovery from, alcohol and other substance abuse disorders and addictions.

If I wanted to, I could “ace” just about any substance use assessment test out there, but for all my knowledge and experience, there is no way to “fool” the questions on those instruments that also measure whether or not one is trying to outsmart the test, because they’re designed to detect and prevent that very thing.

Accordingly, being able to successfully navigate through this minefield requires preparation, and that’s an important part of what my team and I do for our clients. We want to make sure that, for each client, who you are as a person doesn’t get lost in the mix.

The whole screening thing is a big mystery box to most lawyers (and just about everyone else in the legal system), and that’s one of the things that motivated me, years ago, to return to the University campus and classroom to undertakes that post-graduate program of addiction studies.

We understand that this is because the cable company sends a signal down the line, and our cable box or TV translates that signal into a picture with sound.

Even so, how many of us really understand exactly how electrical impulses first sent to a camera, and then down a cable line, make up hundreds of different channels, and exactly how cable box separates them out into distinct programs with sound and pictures?

It’s very much the same way with how everyone in the court system perceives an alcohol screening test: The questions are answered, the total points added up, and – PRESTO – a result is reached. This matters  a lot because, for all practical purposes, this “result” is essentially treated in the court system as a formal diagnosis.

I make it my business to understand how all of this works because I know that the answers a person provides on the alcohol screening test will directly translate into what happens to him or her as a consequence of their DUI case.

• If someone is perceived as having a serious drinking problem, then he or she may be ordered into rehab, or intense treatment.

• If another person is seen as having an early stage or moderate drinking problem, then he or she may only be required to complete counseling.

• If, by comparison, someone tests out as NOT having any kind of alcohol problem, and does NOT demonstrate a risk for one to develop, then he or she can usually get out of the case by having to complete something simple, like an alcohol awareness class, and thereafter be able to call it a day.

However, among the more unfortunate realities recognized in the clinical world, there are 2 things that loom over every DUI case, and that my team and I must always keep in mind:

1. One the more troubling consequences of relying primarily upon the results of a standardized, written alcohol assessment test (as the court system does), rather than a full substance use evaluation that involves direct interaction with a qualified counselor, is the very real risk of what is called over-diagnosis.

Over diagnosis refers to things like finding an alcohol problem that doesn’t exist, or, if there is some kind issue, having it treated more seriously than necessary, and

2. The court system is generally known to be a good decade behind in the kinds of treatment protocols it uses, especially by comparison to the more “cutting edge” methods actually used in the offices of more modern substance abuse counselors.

With regard to # 2, above, it is not uncommon for a court, without much thought, to simply order someone being sentenced for a DUI to complete an IOP (Intensive Out-Patient) rehab program, and/or to further require him or her to go to AA as well.

Back in the late 80’s and early 1990’s that kind of treatment was the industry standard for dealing with a drinking problem.

At that same time, VCR’s were the industry standard for watching movies, too.

Since then, we’ve gone from VHS tapes to standard definition DVD’s to high-def video and Blu-Ray DVD’s, all the way to high-def and ultra high-def (4K) streaming.

In the late 80’s and early 1990’s, smartphones and tablets didn’t exist, but now, there’s a better than 70% chance that the reader is viewing this article on a mobile device.

Since then, treatment methods have advanced, as well.

In other words, just like your ’93 Chevy may have had a cassette player in it, your 2020 Chevy probably has both satellite radio and bluetooth capability.

While treatment methods have evolved (and they always do), the court system, for its part, cannot help but lag behind. I’m not being critical here, because most Judges and probation officers really DO try their best, but they simply don’t have the resources to keep up.

Drinking is of course at the heart of every DUI case, but that doesn’t necessarily mean it’s problematic.

Thus, the old-school practice of ordering someone to complete a months-long IOP program and then do AA twice a week for a year is outdated. Who wouldn’t rather do weekly or twice-monthly one-on-one meetings with a counselor, pay less, lose less time, and get more out of it?

If you’re facing a DUI, you want to get through it with the fewest possible consequences.

To do that, you need to be prepared for the PSI in general, the alcohol screening test in particular, and protected from things like the court system’s inherent alcohol bias, the risk over-diagnosis, and the very real threat of getting ordered into burdensome and/or unnecessary counseling and treatment. You need to make sure that the U (you) in your DUI case doesn’t get overlooked.

There is of course, a lot to what we’ve surveyed so far, and we could go really deep by doing a more detailed examination of the many issues raised in this piece, but our mission here was primarily to summarize, and at least enlighten the reader as to what the alcohol assessment is all about, and why it matters.

Within the DUI section of my blog, the reader can find much more information, sometimes at a granular level, about the issues we’ve covered in this piece. Our blog even has a search feature, and by using it, one can find the answer to just about any Michigan DUI-related question he or she could ever have.

If you’re facing a DUI and looking for a lawyer, be a smart consumer and read around. Pay attention to how different lawyers examine and explain the DUI process, and how they explain their various approaches to it.

If your case is pending in any court here, in the Greater-Detroit area (meaning anywhere in Wayne, Oakland, Macomb, Lapeer, Livingston, St. Clair or Washtenaw County), give us a ring.