As busy Michigan DUI lawyers, one of the first questions we ask people who contact us about their pending OWI charge is “where?” It is hard to overstate the importance of location in a DUI case, especially here, in what we define as the “Metro-Detroit” (or “Greater Detroit”) area of Wayne, Oakland, Macomb, Lapeer, Livingston, St. Clair, and Washtenaw Counties. In this article, we’ll look at the reality that a DUI case pending in one court can turn out very different than if it is brought in another. 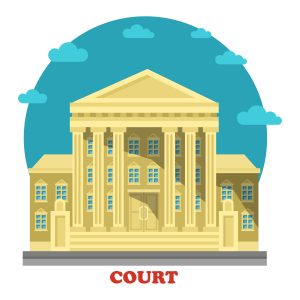 Most people know the first rules of real estate: location, location, and location. Even within the same religious denomination, for example, one church can have a very different “feel” than another, simply because of the personality of the pastor or priest in charge. Location can be a key factor in things that otherwise “seem” to be the same: Different people might prefer one store over another, even though it’s the same retailer, or think the guacamole is better at one location of a restaurant chain than another. If you think about it for a moment, the reason for that has a lot to do with who is in charge and runs things.

In restaurants, it’s the manager who’s responsible for the food, even if indirectly. If a manager hires Talented Tina, puts her charge of making the guacamole, and it’s consistently excellent, then he or she gets the credit. However, if that manager leaves the guacamole-making to whoever is least busy, then he or she gets the blame when it sucks. Manager “A” may consider having consistently good guacamole important, whereas Manager “B” might not give it a second thought. In that same way, the importance of “who’s in charge” also applies in the court system, as well.

At the end of the day, a particular court, and all the people who work in it, are largely a reflection of the Judge or Judges in it, and the person who is in charge (called the “Chief Judge”). Easier-going Judges tend to have easier-going courts, and, not surprisingly, tougher Judges tend to have tougher courts. This shouldn’t be any kind of surprise, but it is a reality that lawyers have to contend with every time they deal with a case.

Although it’s not an absolute, at least generally speaking, you won’t find a court full of nice and patient Judges housing court staff or a probation department that’s “difficult,” nor will you find a patient court staff or more lenient and understanding probation officers working for a Judge or Judges who are “difficult,” either.

At least not for long.

Over time, people tend to gravitate to where they fit in, and in most courts, the Judges, staff, and probation departments all tend to fall into a kind of symbiotic way of working together.

That said, the simple fact is that, in most organizations, the “feel” or “vibe” flows from the top down, and courts are no different.

I’m trying to be diplomatic here, but what this means is that if the Judge in some court is grouchy or impatient, you’re likely to find the court staff to be much the same way.

By contrast, if the Judge is more friendly, that trait is likely to show up in the staff, as well.

This isn’t always quite as clear in multi-Judge courts, however, because there is a broader cross-section of personalities on the bench, and within the organization.

And while this is all well and fine, most people facing a DUI charge want to know about their Judge. After all, why would you care about any court other than they one where your case is going to be handled?

While that’s understandable, no sane lawyer is going to publish his or her opinion about local Judges.

Instead, this is the kind of thing that’s discussed between a lawyer and the client – in confidence.

To be sure, every lawyer has an opinion about Judges, and you can be sure that every current Judge had opinions about the Judges who were on the bench back when they were practicing lawyers.

Moreover, as Judges now, they likewise have opinions about the lawyers who appear before them.

Thus, it’a a given that any lawyer, whether prosecuting or a defending an OWI (Operating While Intoxicated) case, will have preferences regarding the Judge or Judges who could and/or will preside over it.

The thing is, though, that the Judge comes with the court.

In other words, the Judge is a function of location, and that’s a key part of what makes the “where” factor so important.

Although it may sound simplistic, the fact is that a DUI case is always an accident of geography.

Nobody plans to go out and get a DUI, and nobody plans their route home around which places are better or worse to get popped for drunk driving.

Most of the time, a DUI just “happens.”

When it does, though, it happens somewhere, and that “where” factor will play a significant role in how things ultimately turn out.

Given that every court is different, we could fill hundreds of pages on even the briefest examination of the local district and circuit courts in the Greater Detroit area, and that goes way beyond the intended scope of this piece.

Nevertheless, that raises an inevitable question: If a person gets arrested for a DUI, is there anything that can be done about the location of his or her case?

While there is nothing that can be done to change the location of one’s case, a person should ALWAYS look for a lawyer who regularly gets to the court where his or her case is pending.

One thing I’ve learned from my 30-plus years experience as a DUI attorney is that a person should be very careful before hiring a lawyer who generally works too far away from where his or her case is pending, or who is otherwise not very familiar with the court in which it will be decided.

I certainly wouldn’t do that.

The money paid to a lawyer should buy his or her experience, both as a DUI lawyer, and with the court where a case has been brought.

In other words, the legal fess a lawyer charges should not be tuition for him or her to appear in some strange court and learn who’s who, and how things are done there.

To be clear, “how things are done there” really means how to do things to get the best possible results there. That’s the value of experience, and that’s what a lawyer gets by appearing in the same courts, for the same kinds of cases, again and again and again, like my team and I do.

Ultimately, each person will have to decide if any given DUI lawyer is the right fit for their case, but if I found myself facing a DUI, I certainly would hire a lawyer who is familiar with the court where my case was going to be decided.

This means the lawyer should know, in the sense of least being familiar with, the Judge, prosecutor, and other people who are going to have a role in the case, and how to deal with them in order get the best results.

At the end of the day, anyone facing a DUI needs to avoid or minimize as many of the negative consequences and potential penalties as possible. As I often point out, success in a DUI case is best measured by what does NOT happen to you.

The way to achieve the best outcome in a DUI case can be a bit different from court to court, but, whatever else, a lawyer who doesn’t know a particular court isn’t going to know how to “work” things there in the way to achieve optimum results.

Beyond the purely legal and technical stuff that centers upon the evidence and the law, a lawyer needs to know the idiosyncrasies of the Judge and the prosecutor, and what will and won’t fly with them.

I could provided endless examples, but this is as good as anything to help explain my point:

In some DUI cases, the issue of “timing” can be critical to producing the best outcome possible.

Certain Judges are more generous in granting adjournments and letting things get put off, while others have what amounts to a “rocket-docket” and can be rather stingy about giving more time because they want to get things wrapped up as soon as possible.

If timing is important to a DUI case, the way a good lawyer will go about “working” things will be vary from one court to the next, given the differences between them. The approach taken in a court that will freely grant adjournments will be very different from that taken in one where the Judge thinks every case should get wrapped up ASAP.

Consequently, it’s not a good idea for some lawyer who is banking on an adjournment to work out the best deal for his or her client to find out, for the first time, that the Judge assigned to the case is one of the “let’s get this done yesterday” types.

This, however, is what can happen when a lawyer takes a case in a court that he or she doesn’t get to regularly

This is why location matters, and why it’s important to hire a lawyer familiar with the court where your case is pending.

It’s also why my team and I limit our DUI practice to the courts in Wayne, Oakland, Macomb, Lapeer, Livingston, St. Clair and Washtenaw Counties.

If you’re facing a DUI and looking for a lawyer, be a good consumer, do your homework, and compare attorneys. Read around, and see how different lawyers explain the DUI process, and how they explain their various approaches to it. When you’ve done enough of that, start checking around.

You can learn a lot by talking to a live person. All of our consultations are free, confidential, and done over the phone, right when you call. My team and I are very friendly people who will be glad to answer your questions, explain things, and even compare notes with anything some other lawyer has told you.