This article is about about driver’s license penalties in a Michigan OWI first offense case and will provide simple answers to the question “what will happen to my license?” One of the big problems with most examinations of driver’s license penalties in DUI cases is that they quickly get complicated. This article will streamline all of that and look specifically at what happens to your driver’s license in all 1st offense DUI cases, including regular OWI and High BAC charges. To be clear, a DUI is considered a 1st offense if the arrest for it occurs more than 7 years after a person has been convicted of any other DUI offense. Obviously, if you don’t have any prior DUI’s, then you can only be charged as a first-offender. 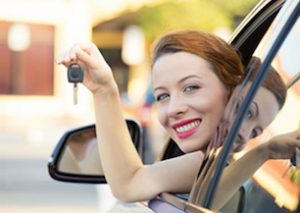 The first thing to understand about a DUI case is that the charge first made against you is not necessarily the charge you’ll wind up with on your record. For now, we’ll forego any examination of the off-chance that the police screwed things up so badly that the whole case against you gets thrown out of court, and focus, instead, on the far more likely situation in which that won’t happen. First offenders are almost always charged with either OWI (Operating While Intoxicated) or High BAC (Operating with a BAC of .17 or greater). Most of these charges, however, can be “reduced” to something far less serious through plea negotiations.

This means that when a person receives a ticket or a court notice that indicates they’ve been charged with OWI or OWI w/BAC .17 or greater (High BAC), it’s quite likely that a plea deal can be made to drop that more serious initial charge to something less severe, which will, in turn, mean they’ll get less serious penalties, including driver’s license sanctions. This is huge, because often enough, people will start looking things up online and then freak out about losing their driver’s license. The first takeaway here, then, is that there is a very good chance you will not have to deal with the license penalties that accompany the DUI charge that’s on your ticket, or otherwise initially made against you.

A plea bargain to a lesser charge, then, means you’ll have to deal with less consequences to your driver’s license. Driver’s license penalties are part of Michigan’s OWI law, and they are set in stone, meaning that no one, including the Judge, can modify them in any way. It is important to understand that there are no possible workarounds to these license penalties imposed under the law. Thus, if you’re convicted of impaired driving (OWVI), then you’re license will be restricted for 90 days, and you can’t take the kids to school. It doesn’t matter if you’re a single parent, and it doesn’t matter what your situation is or how any restriction of your driving ability affects you, whatever charge winds up going on your record determines what happens to your license.

I keep hammering on this point to avoid the inevitable “How am I supposed to…?” and “What about…?” questions. When it comes to license penalties, you have to work around them; they don’t work around you. Before we spell out those exact penalties, we need to clarify the practical difference between a suspended and a restricted license. When your license is suspended, it means you can’t drive at all. When it’s restricted, you can drive, but only for the specific purposes specified by law:

In the course of the person’s employment or occupation.

To and from any combination of the following:

The person’s residence.
The person’s work location.
An alcohol or drug education or treatment program as ordered by the court.
The court probation department.
A court-ordered community service program.
An educational institution at which the person is enrolled as a student.
A place of regularly occurring medical treatment for a serious condition for the person or a member of the person’s household or immediate family.
An ignition interlock service provider as required.

That’s it. There are no exceptions or modifications possible. No matter how emphatically this is stated, however, people will always have some questions about modifying the restrictions or suspension of their driver’s license. The answer to all of that is simple, although harsh: that’s your problem. The point of the penalties is that they are supposed to be felt, and since there is no flexibility allowed in how they’re applied, some people. “feel” them more than others as they go through the stages and steps of a DUI case.

Now, let’s now turn to look at the penalties for all the 1st offense charges, starting with the least serious to most serious of offenses:

Operating While Impaired (OWVI): Driver’s license restricted for 90 days. There is no suspension, and the license can be reinstated to “full” after the 90 days’ restriction.

Operating While Intoxicated (OWI): Driver’s license suspended completely for the first 30 days, followed by 150 days on a restricted license. License can be reinstated to “full” after 180 days.

High BAC (OWI with BAC of .17 or Greater): Driver’s License suspended completely for the first 45 days, and a restricted license is allowed for the remaining 320 days, but only after a person has an approved ignition interlock unit installed. The person can only drive with an interlock, and can have his or her “full” license reinstated at the end of the 1-year license sanction.

Obviously, it’s scary if a person is first charged with High BAC, but if the lawyer can plea-bargain it down to impaired driving, then he or she won’t spend any time without the ability to drive. Similarly, if that same person’s case is difficult and the only plea bargain that can be negotiated reduces the charge from High BAC to regular OWI (and not all the way to impaired), he or she still avoids the interlock requirement and only has to deal with the restricted license for 6 months, rather than a whole year. Unfortunately, however, if a charge cannot be reduced, then the person is going to have to deal with the full license consequences of his or her original charge.

Thus, it’s the final charge – the one you actually plead to – that determines what happens to your driver’s license.

Of course, most of a lawyer’s work goes into making sure a person gets the best, most lenient plea bargain that can be had. In those cases where the evidence is sketchy or has otherwise been compromised, then that has to be pursued to see if the case can be knocked out, or otherwise used to drive the best deal possible. You can’t beat a DUI case without trying, and that begins by carefully examining every bit of the evidence. In my office, it is standard practice to obtain and watch the police car dash-cam video in almost all DUI cases. Whatever else, even if there’s nothing to it, the client can feel better simply knowing that.

If you’re facing a DUI charge anywhere in Oakland, Macomb or Wayne County and are looking to hire a lawyer, do your homework. Be a smart consumer. Read around, check around and then start asking questions. All of my consultations are confidential and done over the phone, right when you call. You can reach my office Monday through Friday, from 8:30 a.m. until 5:00 p.m. at (586) 465-1980. We’re here to help.