If you’ve been arrested for a DUI, it’s as good a time as any to stop and take a look at your relationship to alcohol. This isn’t going to be some “hit piece” about drinking, nor is it going to suggest that just because you got a 1st offense DUI you should quit drinking, or go to AA, or even counseling. Instead, what we’re going to do is talk about the idea of self-assessing your drinking behavior, even if you only drink once in a while, to make sure that you’re not overlooking anything. 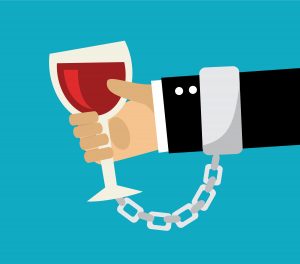 The kind of analysis we’re talking about here is only applicable in 1st offense DUI cases. Under Michigan law, anyone convicted of a 2nd or 3rd offense DUI will legally categorized as a habitual alcohol offender, and will, as a consequence, be presumed to have some kind of drinking problem. Beyond those legal implications, and as a practical matter, pretty much the whole world, including everyone in the court system, simply assumes that any repeat DUI offender at least has some kind of risky relationship to alcohol, even if that person rarely drinks.

In 1st offense cases, though, the question is far more one of risk, and measuring that risk. There is a solid reason for this, as numerous studies have shown that people who get just a single DUI in their lifetime have a statistically higher rate of drinking problems than the population at large. In other words, as a group, drivers who have never had a DUI have few drinking problems than drivers who have had a DUI. This is important for a number of reasons, some of which we’ll examine below.

For purposes of our discussion here, what matters is the simple fact is that anyone arrested for a DUI is part of a higher-risk group, and that alone is good enough reason to self-assess and see if something is going on.

That brings us one another very important fact – that the vast majority people who get a 1st offense DUI do NOT have any kind of drinking problem. Most of the time, a DUI just “happens,” and the person who got it will never find themselves in a similar situation. This is something that, as Michigan DUI lawyers, my team and I have at the forefront of our minds every day, and have to make sure does not get overlooked in the court system.

Yet for as true as that may be, it is also true that, among those whose drinking has become problematic in some way, very few see any connection between their relationship with alcohol and their DUI situation. After a DUI arrest, it is normal for most people to look past any concern about their drinking and think things like, “I can handle this,” or “I just need to slow down a little,” or “this was just bad luck,” or “I learned my lesson.”

The goal of the whole legal process in Operating While Intoxicated (or “OWI,” the actual legal term for what everyone just calls “DUI”) cases is to make sure a person never gets arrested for drunk driving again.  While learning the lesson to not drive while intoxicated is all well and fine, what we’re trying to focus on here, in this article, is your drinking behavior, not merely your drinking and driving.

In that regard, anyone who is dead-set that his or her drinking isn’t a problem doesn’t really need to read any further, because it’s not my intention to convince any such person that he or she might be wrong. In other words, if your mind is made up that your use of alcohol isn’t troublesome, then that’s fine.

Instead, I’m trying to reach that person who, for whatever reason, may have at least had a flickering concern or question about his or her relationship to alcohol. An arrest for drunk driving means something, if, as in most cases, it merely represents a single instance of poor judgment.

Unfortunately, it’s often also true that even when someone might like to explore their relationship to alcohol, it seems that, no matter where they look, everybody out there seems poised to tell them to get counseling or treatment, or go to AA.

In other words, a person can legitimately fear that when someone says “let’s talk about your drinking,” what they really mean is “let’s get you in and convince you that you have a problem and need help.”

Sometimes, you just need someone to talk to – a sounding board who won’t judge or try to convince you of anything.

In that regard, often enough, the best person to start with is yourself, although when it comes to assessing your relationship with alcohol, you may need a few guidelines to help with that internal conversation.

It really boils down to a simple observation: If you’ve ever wondered about your drinking, then there is almost certainly a reason to at least take a look at it. Most people, in their heart of hearts, have a pretty good sense of when something is off, or, as the saying goes, when “something just ain’t right.”

Think about your DUI for a moment: was there anything exceptional about it?

If your state of intoxication at the time of your DUI was really out of character and truly unusual for you, that’s one thing, but if you had about as much to drink then as you have had on other occasions before driving, and the only difference this time was that you got caught, that’s another.

You have to be honest with yourself here, otherwise, you’re only rationalizing, not analyzing.

There are all kinds of criteria that clinicians use to help determine if someone’s drinking is a problem. We’re going to skip all that, and opt instead for a simple and direct question: Has your drinking caused you ANY problems?

We already know about the DUI, and that counts, of course, but what about anything else?

Because of, or even when you’ve been drinking –

If not, and you’re also dealing with a DUI, then at least be open to the possibility that something could be amiss with your relationship to alcohol. To be sure, the above list is NOT comprehensive, but it at least provides a template to consider as you think this through.

If you answer “yes” to any of the questions above, it does not mean that you have to go to AA, or enroll in some kind of treatment program, but you should at least consider reaching out to a counselor who can help you sort through this further.

If you’re not ready to do that, then at least don’t blow it off. In the real world, the most common reaction is to kick the can down the road, and put off doing anything. Some people will get far enough in their self analysis to admit that they’re drinking has become a real problem, but they’ll deal with it by making promises to either stop, or start cutting down at some future date.

Sometimes, that date never gets set, while other times, for any of an infinite number of reasons, it gets postponed.

For all of the analysis one could do, nothing surpasses the importance of the idea that if somewhere, in your heart of hearts, you have a “feeling” that something is amiss, then there probably is. Perhaps the best way to frame this is with this simple truism: Anything that causes a problem IS a problem.

You’re drinking has resulted in a DUI; that in and of itself is a problem. The questions then become:

Did you have an exceptional episode of drinking and then, get caught driving?

Was the episode of driving after drinking truly exceptional?

Nobody can answer those questions for you, and this whole exercise is worthless unless you are completely honest with yourself.

There isn’t a whole lot in this article about the DUI process, because our goal was to help anyone who has to go through it take an honest look at his or her drinking.

As far as managing your DUI goes, the bottom line is that you hire a lawyer to avoid as many of the potential legal penalties and negative consequences as possible. Our firm lives by the motto that success in a DUI case is best measured by what does NOT happen to you.

Our goal, of course, is to help our clients get through their DUI as painlessly as possible, and put the whole thing in the past. However, we also believe that “help” shouldn’t just be limited to legal consequences, and want to be there, even if nothing more than as a sounding board for anyone who wants to talk about or needs any direction to even think about their drinking.

If you’re facing a DUI and looking for a lawyer, be a savvy consumer and read around. Pay attention to how different lawyers examine the DUI process and the concerns a person going through it will have, as well as how they explain their various approaches to it.

When you’ve done enough of that, start checking around. You can learn a lot by talking to a live person. If your case is pending here, in the Greater-Detroit area (meaning anywhere in Wayne, Oakland, Macomb or the surrounding counties), give our office a ring, as well.