As Michigan DUI lawyers, my team and I answer a lot of questions how to get out of a DUI charge. It’s perfectly normal that just about every person arrested for drunk driving hopes there’s some way to get the whole matter dismissed. Indeed, would be abnormal to NOT think that way. I have addressed the notion of getting out of a DUI on both my site, and within other articles on this blog. In this piece, however, I want to shift the focus from getting out of a DUI to getting through it. 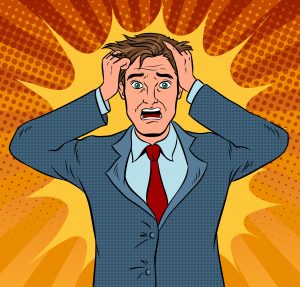 The hard, statistical truth is that in Michigan, more than 9 out of 10 people arrested for drunk driving are NOT going to have their cases thrown out of court, or otherwise dismissed. Therefore, since more than 90% of all the people who do get arrested for a DUI will have to go through the court system, it only makes sense to focus on how to do that in such a way as to wind up with the least amount of negative consequences and penalties possible. I often say this, but it’s an absolute truth that is worth repeating: Success in a DUI case is best measured by what does NOT happen to you.

This is important, because “success” goes well beyond merely staying out of jail. Avoiding jail is always the first priority in every DUI case, but not getting locked up is only the beginning. With very few exceptions, anyone facing a 1st offense DUI isn’t really looking at jail in the first place, so not being subjected to something that wasn’t going to happen anyway isn’t any kind of “success.” Instead, a person needs to avoid all the other things that can (and will be) be thrown at him or her instead of incarceration.

Imagine these 2 different (but realistically possible) outcomes in a DUI case:

1. Fortunate Frank winds up placed on easygoing probation for 1 year, and is only required to complete a 1-session alcohol education class.

2. Bad Luck Brenda gets stuck with 2 years of demanding probation that requires her to do all kinds of breath and urine testing, along with completing a bunch of classes and counseling, as well.

Something like an alcohol education class or program is fine, but requiring someone to go through counseling or treatment for an alcohol problem he or she doesn’t have is not only a huge waste of time and money, it’s also extremely frustrating.

Unfortunately (but understandably), the court system defaults to operating from a “better safe than sorry” position when it comes to testing and counseling and such.

Thus, being required to go though all kinds of counseling and/or treatment is a very real risk – much more so than getting any kind of jail time – especially for a first offender.

Remember, in a Michigan OWI (Operating While Intoxicated) case, a Judge can simply send an offender to jail simply because he or she wants to. Therefore, when a Judge decides to order counseling and/or treatment instead, it’s not like he or she is going to lose any sleep over whether the person really needed it or not.

And, as things go, nobody who gets sent to counseling or treatment instead of jail is going to complain very much about that, either – at least at first.

However, that can change when, down the road, the person starts getting tired of having to pay for and spend time they don’t really have in a treatment program, at counseling sessions, or going to AA meetings, especially when they’re not really getting anything out of it.

Even though just about every person going through a DUI case will be required to complete at least some kind of alcohol education class, our goal, as DUI lawyers, is to limit consequences like that as much as possible.

Going back to our earlier example, who had more success, Bad Luck Brenda, who got 2 years of reporting probation with alcohol testing 3 times per day and drug testing 2 times per month, along with long-term counseling piled on top of alcohol education, or Fortunate Frank, who was only required to complete a short, 1-session alcohol education class?

Here again, we return to the notion that success in a DUI case is best measured by what does NOT happen to you.

Beyond merely minimizing these potential and realistic consequences, the whole idea of “getting through” a DUI involves having concern about the person, and how he or she copes with the whole thing.

In the real world, it’s not uncommon for people to freak out, at least for while, over a DUI charge.

A key part of our job is to calm those fears.

HOWEVER – and this is huge – it’s important to do that honestly, and not just feed someone a bunch of “too good to be true” BS that will make him or her feel good in the short run, only to have them smack head-first into a wall of disappointment later on.

For some lawyers (although not our firm), this is a lot easier to say than to actually do.

When someone contacts a lawyer “freaking out” over a DUI, it can be very profitable to paint a very rosy picture about what can be done for him or her, and make it seem like the only thing standing between the person and the whole charge just “going away” is paying the lawyer’s retainer.

This is even worse if some legal marketing message emphasizes all the bad things that, theoretically speaking, could happen, in a DUI case, and then positions the lawyer or the firm as uniquely able to protect the potential client from that fate.

Even for those lawyers who don’t try to profit off of someone’s distress, or otherwise exploit their vulnerability at such a time, resorting to making things sound better than they are (or will be) is ultimately counter-productive.

For example, if a friend’s sibling is diagnosed with cancer, it’s a kind thing to offer reassuring words,, like, “They have all kinds of new treatments now, and it sounds like it was caught early, so there’s a lot of reason to be optimistic here.”

Most of us have enough humanity to want to make someone in distress feel better. That’s a normal human emotion.

Although my team and I are DUI lawyers, we are humans first, and we feel that same urge to calm a person’s fears and help alleviate their stress.

However, we will never do that by misleading someone.

The truth is that, unless someone is facing something line a 5th or 6th DUI charge, things won’t be that bad anyway. If a person is charged with a 1st or 2nd offense DUI, in most cases, and if the case is properly handled, the worst consequences he or she realistically faces are far more a matter of expense and inconvenience, rather than anything else.

That said, our job is to be both helpful and honest. If a person’s case is pending in a really tough local court, then it’s just plain wrong to make him or her expect that they’re likely to get the shortest, most lenient course of probation when we know that’s not how things work there.

I say this as the Michigan DUI lawyer with THE most articles about how an OWI case is not the end of the world, how things aren’t nearly as bad as they probably seem, and how a DUI will almost certainly NOT cost a person his or her job or professional license

Within the more than 500 DUI articles I have written and published to-date, I make it very clear that a DUI charge can almost always be handled in such a way that a person will get though it just fine.

Of course, it also helps if a person has genuinely resolved to never let it happen again.

The lawyer’s job is to lead the client through the court process, and to protect him or her from its inevitable overreach. That whole “better safe than sorry” thing is very real.

Thankfully, the truth is that many of the fears people have, beyond just getting locked up, are exaggerated. In my career, having quite literally represented more professional license holders than I could count, not ONE of them has ever lost it over a DUI.

We’ve have represented people from just about every medical, dental and professional field of practice there is, and people in just about every occupation one could imagine (and even some where we’ve asked, “Really? There’s a license for that?”), and NONE of our clients have ever had their license taken away.

When it comes to getting a client with an occupational or professional license through a DUI , my team and I also have to make sure that, beyond not just losing their license, the person does not, to the extent possible, wind up having to do anything more than simply report his or her DUI to their licensing body.

For some people, the biggest fear is losing his or her job.

There’s good news on that front: Unless someone drives an ambulance or a school bus for a living, that is almost certainly won’t happen.

I’m not trying to lead the reader on here, but the reasons that’s unlikely to happen are manifold, and I could go on at length about how we’ve handled things and how that all plays out, but that would turn this article into a book.

For now, just take it from someone who cautions against buying into anything that sounds too good to be true that such fears are exaggerated.

At the end of the day, my team and I calm our client’s fears while providing a real-world picture of how things are likely to play out, and we get them through the DUI process. This depends, of course, on the facts of the case, including things like the person’s BAC result and any prior record the he or she has, as well as where the case is pending.

Location is a huge factor in how a DUI case will ultimately resolve.

For anyone facing a 1st offense DUI, it’s pretty much a given that things will work out just fine. With good lawyering, many of the potential consequences a person does face can be avoided and/or minimized.

The truth is that most people facing a 2nd offense, and even a 3rd offense, can also be spared most of the dreadful-sounding things that seem so scary at first.

Getting through a DUI, of course, means avoiding consequences, and as we noted twice already, success in a DUI case is best measured by what does NOT happen to you.

If you are facing a DUI charge and looking for a lawyer, be a good consumer, do your homework, and read around. Look for honest information, and see how each lawyer explains the DUI process and how he or she explains their approach to it. When you’ve done enough of that, start checking around. You can learn a lot by speaking to a live person.

If your case is pending in any district or circuit court in Wayne, Oakland, Macomb, Lapeer, Livingston, St. Clair or Washtenaw County, give us a ring.