Although we are “Michigan” DUI attorneys, my team and I concentrate our drinking and driving practice to the local courts of Wayne, Oakland, Macomb, and the surrounding Counties. Unlike our driver’s license restoration practice, which is state-wide (and country-wide, really), we limit the DUI cases we take to those pending in the Greater-Detroit area. This concentrates our experience in the same circle of courts, working with the same Judges and prosecutors, day-in and day-out, and enables us to really know how to best handle a DUI case in each of them. 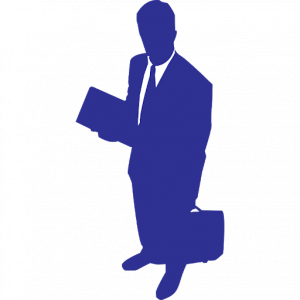 The bottom line is that a person hires a DUI lawyer to make his or her situation better. The expectation is that a lawyer is selling relevant and specific experience that can be used to help the client, and not just accepting payment, like some kind of “tuition,” in order learn how things are done in a court where he or she doesn’t regularly appear. I think that it’s better for a lawyer to accept a DUI case when he or she can genuinely help someone, based upon having actual experience in the court where the case is pending, rather than just seizing an opportunity to take in another retainer.

Location is critically important, especially in DUI cases, because every court is different and those differences can sometimes be profound. I recently explained to someone that facing a DUI in one local court would be like going to the dentist for a regular dental cleaning, while facing a DUI in the neighboring court, one district over, would be like going in for a root canal. The likely outcome of the same garden-variety DUI case can range from “not so bad” to very tough, simply because of the court in which it arises.

It’s not good enough for a lawyer to just “know about” these differences. Instead, a DUI lawyer should know them from experience. I couldn’t count the number of times I’ve been in court and watched some lawyer, unfamiliar with a particular court or Judge, struggle to figure out what to do, or, worse yet, just plow ahead cluelessly.

Let me use an example of a now-retired Judge from a court within the area surrounding Metro-Detroit:

This Judge was a nice guy, but he had the patience of a hamster.

Because the court in which he sat was in the circle of courts where my team and regularly handle DUI cases, I knew this Judge well – including (and especially) what he liked, and what would rub him the wrong way.

This Judge not only appreciated, but expected brevity on the part of the lawyers appearing before him (something I am capable of, despite the wordiness of my articles), and very much preferred it if lawyers kept things “short and sweet,” especially at sentencing.

When some lawyer, not familiar with his likes and dislikes, would show up for his or her client’s sentencing, and then start blabbing on and on, the Judge’s eyes would glaze over. Sometimes, if the lawyer would pause, even for a moment, just to take a breath, the Judge would jump in, basically cut the lawyer off, and quickly wrap up the sentencing.

The thing is, the Judge was a nice and lenient guy, so in the average DUI case, it’s not like the lawyer had to work his or her tail off to spare the client from getting pounded, or getting locked up.

Lawyers who regularly appeared in that court knew this, but some poor attorney from 3 or 4 counties over did not.

As a result, they would think that they had to “convince” the Judge to go easy on their client, even though he was already inclined to do that.

Those of us who knew him understood that, often enough, the best “speech” you could make at sentencing was 3 or 4 quick sentences.

Of course, I’d explain all this to my clients beforehand, so if any “non-local” lawyers stood up and started yapping until the Judge’s patience ran out, my client could see that I knew what I was doing, and was not struck by some sudden loss for words when it was our turn to speak.

As a practical matter, a lawyer simply cannot get to all 105 district courts and all 57 circuit courts in the state of Michigan with any kind of regularity (even remotely).

In our practice, we consider the following counties (listed in alphabetical order), to be local: Macomb, Oakland and Wayne, (“Greater-Detroit”), and then Lapeer, Livingston, St. Clair and Washtenaw (the “surrounding” counties).

Because we go to the same courts within these counties, and therefore deal with the same prosecutors, and appear before the same Judges all the time, my team and I know, through experience, the best way to handle an OWI case before each of them.

Likewise, we are keenly aware of the things that work with one Judge, but won’t fly with another.

No lawyer can get that kind of experience by running around (or “Zooming”) to different courts all over the place, only getting to the a few of same ones every once in a while, if that.

Being able to sell the kind of experience that matters in DUI cases means having regular experience in a more limited circle of courts, and that happens by only taking cases in those courts.

This is really nothing more than common sense. In a way, this is kind of an extension of a lawyer’s overall practice: either he or she concentrates in a certain area of the law, or a few limited areas, or not.

If you ask a general criminal attorney the last time he or she handled a DUI case, you might hear something like “a few days ago,” “last week,” or even “a few weeks ago.”

If you ask us, our answer will always be either “earlier today,” or, if you’re asking first thing in the morning, then “yesterday.”

In order for a lawyer to be able to use his or her experience to help a client in a DUI case, he or she has to first have it in the court where that case is pending. To be sure, some lawyers could read this and argue that, although they may not be familiar with a certain court, their overall experience handling DUI cases applies everywhere in the state, and to some extent, that’s true.

However, the question somebody looking for a lawyer should first ask themselves, and then ask the lawyer, is “Why would I pay your fee to simply hope that your experience in other courts translates to the court where my case is pending, rather than just hiring a DUI lawyer who already knows how things are best done there because they get there regularly?”

When you think about it, that’s kind of like asking, “Why would I hope to only match 5 of the 6 numbers in the lotto drawing, and get a few thousand dollars, rather than match all 6 and win the multi-million dollar jackpot?”

The simple fact is that even in the same courthouse, one Judge may handle DUI cases differently than another. As I have pointed out, the same DUI case will play out very differently depending on the location of the court that has jurisdiction over it, and even the specific Judge to which it is assigned.

Anyone looking to hire a lawyer for a DUI case should not only be aware of this, but should also make sure the lawyer he or she hires has enough experience in the court where his or her case is pending to know how to best handle a case there.

If the reader takes anything from this article, I hope it’s that he or she understands that there is NOTHING WRONG with asking a lawyer about this. In fact, if the answer isn’t obvious, then it’s actually risky to NOT ask. Unless it’s clear otherwise, this is about the most important question you could (and should) ask.

It really is that simple.

If you’re facing a DUI and looking for a lawyer, be a good consumer and do your homework. Read around, and read how lawyers explain the DUI process, and how they explain their approach to it.

When you’ve done enough of that, start checking around. As I said, don’t be afraid to ask specific questions, either. If your case is anywhere in Wayne, Oakland, Macomb, or the surrounding Counties (Lapeer, Livingston, St. Clair or Washtenaw), give our office a ring, as well.