In my role as a Michigan DUI lawyer, my team and I are in court all of the time handling OWI charges and actually making things better for our clients. In this short article, I want to talk about money, and why you shouldn’t focus too much on it during your DUI case. To be clear, this is not an article about attorneys fees, but rather the overall cost of a DUI. The bottom line is that if you’re facing a drunk driving charge right now, you’re already on the hook, and there are very few things you can control that will affect how much money you’re going to have to fork over. 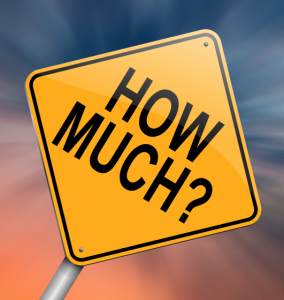 Ironically, one of the few costs you can manage is how much you spend on a lawyer. The best thing I can say about this is that you’ll never get what you don’t pay for. At the end of almost every blog article I’ve published, I tell the reader to be a good consumer, do his or her homework, read around, and then check around. I say that all the time because it’s solid advice and you should never do less than what you would do when buying a new microwave, much less spending several thousand on a lawyer. You learn things as you gather information. One of the most important suggestions I can make, though, is to gather real information. As much as you’ll never get what you don’t pay for, it’s every bit as easy to get sucked into paying too much for a lawyer, as well. Just keep that in mind as you look around.

At any given time, there is some ad campaign running here, in the Metro-Detroit area of Oakland, Macomb and Wayne Counties, warning people not to drive buzzed or drunk. These ads, which I hear on the radio and see on billboards around town, usually note that a DUI will cost you about $10,000 in fines, costs, legal fees, increased insurance and related expenses. I’ve done the math in previous articles, and, to my surprise, that’s about right. Let’s explore the worst 10 grand you’ll ever spend a bit further…

People often assess themselves exactly that way after a night of drinking, and then they wind up getting caught. I don’t believe, however, that anyone thinks driving drunk (and getting caught) is “no big deal.” Yet for all its flaws, the ad isn’t entirely wrong…

In this and all the other “don’t drive drunk” ads I can recall, the narrator goes over some of the more common consequences of a DUI conviction, including that it can cost as much as $10,000 in fines, costs, and lawyer’s fees. In the real world, nobody ever thinks about any of this, much less the money part of it, until after they get busted. Once the money faucet gets turned on after a DUI arrest, though, it just keeps running.

A DUI is a big deal, and an expensive one, at that. What I’m driving at here is that the fact that a DUI is going to cost a lot is etched in stone. There is no way to get a discount. The only thing you can do to cut costs is to skimp on a lawyer. Except the price difference between a good lawyer and one who is cheap could wind up being less than what a person will wind up paying overall with a good lawyer who produces a better outcome. Without question, a good lawyer may easily save you way more money in terms of fines and other costs.

Yet for all of that, it is what it is. Sometimes, you just have to resign yourself to the reality of a particular situation, and if you’re facing a DUI, you must understand that you’ve been given a first-class seat on the money train. Every stop is going to cost you, and yes, that includes the lawyer, as well. In a similar and very real way, DUI cases are the bread and butter of the revenue stream of most courts, so don’t look there for any help or sympathy.

And if that’s not enough, courts are pretty much all over the board in terms of fines and costs. A 1st offense DUI charge can wind up costing nearly twice as much in one Detroit-area court than another. On top of that, some courts really pile on the classes and counseling and testing and other stuff that you have to pay for, while others don’t. Here’s where a better lawyer can often help you avoid some of that.

In terms of legal fees, as of this writing (October of 2018), I think a fair cost for a good DUI lawyer in 1st offense drunk driving case falls between $3000 and $5000. As much as courts are all over the place about money, I believe that lawyers should, by contrast, be upfront about price. For my part, I publish my fees on my site. I despise any kind of evasiveness or mystery regarding price when I’m the consumer, so I would never think of subjecting anyone else to it.

DUI clients come as doctors, lawyers, nurses, engineers, teachers and other gainfully employed types. In the big picture, it is MUCH more profitable to arrest people who leave a parking lot after having overindulged in a local establishment than it is to arrest people going through those parking lots and stealing stuff out of cars. DUI is a crime, as is retail fraud, but how many guys stealing from the local convenience store do you think have money to throw at a case to make it go away, or at least minimize its consequences?

In fact, I can almost guarantee that whoever you are, reading this, if you have been arrested for a DUI, you quickly paid whatever money was required to get out of jail the next day, and then went and picked up your car. Now, you’re looking for information, and, among the things you have to consider, cost is one of them. The considerations you have are very different than some window-smasher who’s ripping off stuff out of vehicles.

The simple point of all this is that you are here. Among all the things you have to worry about, be happy that, however much it may suck, you can probably throw enough money at this situation to make it better, if not go away. It’s just that “enough” will probably be a lot, overall.

If you are facing a DUI here, in the Metro-Detroit area, and looking to hire a lawyer, do your homework. Read as much as you can, and look for real information. When you’re ready, check around. All of my consultations are confidential and done over the phone, right when you call. You can reach my office Monday through Friday, from 8:30 a.m. until 5:00 p.m., at 586-465-1980. We’re really friendly people, and we’re here to help.