As a Michigan DUI lawyer, I know that an OWI charge must be based on evidence. Whether a case is solid or not depends entirely on the strength of that evidence. Just about every lawyer with a website is going to say something about evidence. Some, more than others, talk a really good game about how they’ll evaluate it, and even challenge it. While that all sounds great, I think it’s time we take a step back and briefly explain what all that really means, or at least should mean. 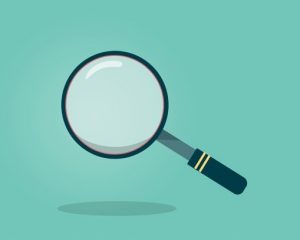 Perhaps the best known component of the evidence that makes up a criminal or DUI case is the police report. In a perfect world, this report would be an accurate, complete, and unbiased account of exactly what happened in any given case. However, it is impossible for an officer on the scene to NOT bring a biased perspective to the table, because the only thing he or she can do, at best, is recall what he or she observed, and observation is always a matter of perspective.

It would be no different, really, if the person arrested for the DUI was required to write a report. It doesn’t matter how honest a person arrested or the police officer may be; both parties are going to recall things a bit differently because of their different perspectives. If this wasn’t universally true, there would be no need for instant replay in football, and you’d never see a blown call in any sport. While the police report is always a key part of the evidence in any case, it is important to note that it is only one piece of a much larger puzzle.

This is a really important starting point, but it gets overlooked by just about everyone. As a general rule, a DUI lawyer should gather all the evidence that can be obtained. Just about every lawyer will get ahold of the police report, but that’s really just the first thing that should be obtained. In my office, it’s standard practice to acquire and watch the police dash-cam video, among other things. We also routinely acquire videos of the breath test and booking at the police station.

This isn’t special; this should be standard practice for any lawyer who thinks he or she can “properly” handle a Michigan OWI case.

Neither, for that matter, is this rocket science, although there is some actual science involved. There are a lot of moving parts involved in a DUI case, and a lot of places where things can go wrong with the evidence.

That said, the most common areas where things do go wrong are with the traffic stop, the field sobriety tests, the chemical tests (meaning either the breath test taken at the police station or the blood draw, if that was done instead) and the scientific analysis of those breath or blood samples.

Most sober people can walk a straight line, but that’s not true for anyone who has problems with their ankles, back, balance, or feet. A very fit person may be limping due to a flare-up of something like plantar’s fasciitis, and that can make it look like he or she can’t stand on one leg or walk a straight line. The reality is that there are a million things that can affect the reliability of the evidence.

The point of this article isn’t to catalog all the things that could ever be wrong with the evidence (that could fill a library), but rather to point out that they do exist (in plentiful numbers, no less), and that a lawyer had to pay real attention, and not just lip service, to them.

Of course, the jackpot for a DUI lawyer is to find something so critically wrong with the evidence that the Judge has to rule that it’s inadmissible, and thus enables him or her to beat the charge. That’s always the goal, but the reality is that such things only happen in a small minority of cases.

While it is job #1 to search for such things, it is misguided to rely upon such a result as the only plan of defense.

More often than not, it is through the careful examination of the evidence that smaller things are found. These aren’t the kinds of huge catastrophic failures of evidence that get cases tossed out of court easily; they’re little things that can be used to negotiate plea (and/or sometimes sentence) bargains. As in any situation, these little things can add up.

It could be the one little thing on the video, though, that shows the officer’s version of what happened, as written in the police report, isn’t very accurate. Police are no different than anyone, in any profession. If you do something long enough, you see patterns, and to a certain extent, function on auto-pilot. We all do this.

That’s not good enough, however, for things like surgery, landing an airplane, or gathering proof of someone’s guilt of a crime. “Auto-pilot” may be good enough most of the time, but when it’s not, well, then problems arise. In a DUI case, those problems can really affect the outcome.

This is where a lawyer has to shrug off complacency and consciously put on his or her thinking cap. As much as a DUI arrest can be somewhat routine for a police officer, watching the videos of them can become routine for a lawyer. A lawyer must be mindful to never watch these videos, or review any of the evidence with the mindset of looking for something that “jumps out.”

Instead, the lawyer has to assume that, even iff it’s buried deep within the details, or lost in the background, there is something to be found.

Personally, I’m the kind of guy who will pause a TV show or Movie set in the late 1800’s just to see if the producers took the time to really make things period accurate. In other words, I’m that detail guy who freeze-frames a shot to see if there is something like an electrical outlet visible, anything other kind of faux pas.

The night before this article was written, I was watching a British detective mini-series called “Manhunt,” which is based on a real case that took place around 2005. One scene had the lead detective walking through the lobby of a London Hotel, and I noticed, in the background, what looked like an iPad to smart tablet on a desk – something that hadn’t been invented yet (it came out in 2010).

It’s that kind of attention to detail that’s required to properly examine the evidence in a criminal or DUI case.

What does this mean to the reader? At a minimum, try and read past the “blah blah blah” of legal websites and such. There is a lot more to finding the right lawyer than finding someone who is great at self-promotion and chasing down reviews. As you do you consider your options, look for real information and careful explanation of how a lawyer or firm does things.

If you are facing a DUI anywhere in Wayne, Oakland or Macomb County, and are looking to hire a lawyer, do your homework and check around. All of my consultations are free, confidential, and done over the phone, right when you call. We are very friendly people who will glad to answer your questions and explain things. You can reach my office Monday through Friday, from 8:30 a.m. to 5:00 p.m., at 586-465-1980.