We all make mistakes.  In my practice as a Michigan DUI lawyer, I help people get through drunk driving charges as painlessly as possible.  For all of the confusing, legal and technical mumbo-jumbo that lawyers can throw at this, the bottom line is that people make mistakes, DUI’s happen, and everyone who faces a drinking and driving charge wants to get out of the situation with the fewest possible consequences.  In the previous installment on this blog, I explained that I wind up getting hired for a lot of 2nd offense DUI cases because so many people, after having gone through this process once already, and not feeling that the lawyer from their first case was “all that,” start doing some serious research online and come across the information I put up, essentially confirming its accuracy based upon their prior experience. 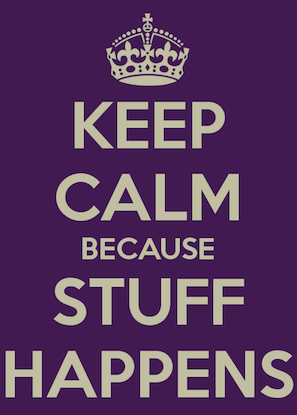 In the DUI area of website and on the DUI section of this blog, I try to examine every aspect of drinking and driving cases.  That was an easier task when I first began, but now, having done that from just about every angle possible, I have pretty much covered it all within my articles.  To keep it fresh, I often try and write about subjects that are the things I’m most often asked about because I know that there is someone is probably searching for that very information.  In this article, I want to talk about the reality that getting arrested for a DUI sometimes just “happens.”  Think about it; no one plans on going out and driving drunk, much less getting pulled over while trying to get home.  You can analyze it anyway you want, but the truth is that DUI’s just “happen.”  Of course, some people are inclined to overthink things, and will try to examine a particular DUI incident to find an underlying cause, kind of like an “autopsy” on the event itself.  Sure, sometimes there is more to getting popped than just bad luck or chance, but getting into all that analysis kind of reminds of how some people approach nutrition.  We all know someone who counts carbs or fat grams or whatever; maybe they even sound smart as they explain how much they’re enjoying NOT eating pizza (yeah, right).  To me, that’s a waste of time.  Instead, I think of my dad, who was a mailman, an athlete, and who was always active.  He ate bread and butter and hot dogs and pizza, yet, despite that, was in great shape his whole life.  He did just fine right into his 90’s without all the BS of over-analysis.  You can do the same with a DUI.

If you’re arrested for a drinking and driving offense, the “why” of it doesn’t change anything, either.  Who you are matters more than why you were.  Someone pulled over for weaving and who says that he or she over-celebrated something will be treated the same as someone whose whole family was recently sucked away by a tornado.  And I’d bet that, in neither of those cases, did the person go out with any intention to drive drunk, even if the plan was to go out and get drunk in the first place.  In the real world, there is almost always this thought-gap between the actual partying and then getting home, or getting around.  Driving drunk is almost never intentional; it just happens.  The problem, however, is that if you’re facing a 1st offense DUI, absolutely none of this is a defense, nor can it help you get out of trouble.  So, what do you do?  First, let’s ease your worst fear; if you are facing a 1st offense DUI, you’re not going to go to jail (there is one Judge in the Detroit area who is a possible exception to that, but unless your case is assigned to her, jail is just NOT on the menu).  This means you can stop wasting your time and skip blowing the family fortune on some lawyer whose big pitch and main offering is to keep you out of jail, because you’re not going there anyway.  That’s like a dentist promising to fix a cavity so that you don’t get brain cancer – not going to happen….

In a DUI case, location is important.  Every court in every municipality is different form every other, as are the various Judges within the same court.  The Judge I mentioned before, who is known to put 1st time offenders in jail, presides in a court with 2 other Judges, neither of whom do that.  As if that’s not enough, beyond the general importance of the court itself and the more specific inclinations of the particular Judge to whom your case is assigned, different prosecuting authorities are also more of less lenient.  Thus, the mix here is like the Daily 3 Lottery.  Since many courts serve multiple jurisdictions, here’s what I mean:

In almost every one of these courts, the specific arresting municipality will have its own city, township or village attorney.  If you’re arrested by the Michigan State Police, then the county prosecutor will be on the other side of your case.  Most, although not all High BAC cases are similarly handled by the county (often call the “state”) prosecutor.  Every single one of these people is different; their various offices have different policies, and even within the same office, one person can be easier to deal with than another.  This is a big swirling mix of variables, and it is an incredibly important factor as I set out to deal with the both specific prosecutor and particular Judge assigned to my client’s case.  The same DUI facts brought in one court, all other things being equal, can (and very often does) result in a different outcome than if it was to be handled in another.  Yet for all of that, the biggest “general” factor remains location, because above everything else, location matters.  On a sliding scale, and given all the allowances for different Judges and prosecutors, it is the courts themselves, defined by location (i.e. “Shelby,” “Rochester,” or “Sterling”) that mostly accounts for how tough (or not) things will be.

As much as a DUI just “happens,” it is also what I call an accident of geography.  Since no one goes out intending to get arrested for a DUI, no one gives any thought to where they’d prefer to be busted.  The regret over where a DUI arrest took place is all balled up with regret that it ever happened in the first place.  From my side of the desk, some people are simply luckier than others because they caught a break and will go through a more lenient court.  It just happens…

It was not my intention to impart some profound lesson in this article.  I just wanted to remind the reader that not everything about a DUI case requires close-up examination under a microscope.  Things happen, and DUI’s happen.  As I’ve pointed out, the where of it matters a lot, but, like the whole case itself, you can’t turn back the hands of time and undo it.  You can, and should, of course, make sure that every piece of evidence in your case is carefully examined and, if doing so will be productive, then challenged, as well.  Nothing beats getting a case “knocked out,” but beating a DUI case altogether is always the exception and not the rule.  You certainly want to exit the case with the fewest possible consequences, and, as I also pointed out, at least in a 1st offense case, hooking up with some lawyer whose big pitch is to keep you out of jail is a mistake because you’re not going to jail in the first place, so whatever efforts he or she undertakes (or more likely doesn’t undertake) won’t help avoid or minimize the other, non-jail consequences you really do face.

If you are facing a 1st offense DUI in any court in Macomb, Oakland or Wayne county, I can help.  Without exception, you should be a smart consumer and read everything any particular lawyer has written.  Read between the lines.  You can learn a lot about a lawyer’s approach from his or her articles.  Be careful to not to fall as much for what you want to hear as opposed to what you need to hear.  When you’ve narrowed down your field, pick up the phone and call around.  Ask questions.  I do all of the initial consultation stuff over the phone, so you can get answers to your questions right when you call.  My office is open Monday through Friday, from 8:30 a.m. until 5:00 p.m., and can be reached at 586-465-1980.  We’re here to help.