I always hesitate to write about legal fees because when doing so, it’s very difficult to avoid creating a perception of self-interest that borders on greed. In this article, I’ll do my best to be diplomatic and provide some general pointers that apply to just about anyone, anywhere, looking to hire a lawyer for something like a DUI, driver’s license restoration, or criminal case, although most of what I’ll cover here is universal enough to apply to legal areas beyond those just listed. 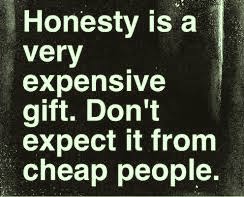 My experience can be helpful in guiding someone who is about to become a consumer of legal services. What finally got me typing this piece occurred after numerous emails and calls to my office where one of the first things a person asks is some variation of “how much do you charge?” This all but guarantees that a person is using the wrong criteria to find a lawyer. Whatever else, you definitely won’t find the right lawyer by asking the wrong questions.

When a person’s first concern is cost, it’s almost always because he or she is looking for a “deal” on a lawyer, and is using price as the primary basis for their hiring decision. In many situations (and in my practice areas), that’s about as wrong a method for picking a lawyer as you could get. I understand not being able to pay for what you simply cannot afford, but there are plenty of legal predicaments where a person would be much better off borrowing money to get the best help possible, rather than looking for some kind of price “deal.”

Let’s begin by making clear that paying a lot for a lawyer does not necessarily mean that you are getting the “best,” or even “better” legal services. To be perfectly blunt about it, paying a lot doesn’t mean $hit. I use that language to get the reader’s attention, because the reality is that many lawyers charge more than they’re worth, and often far more so. And for what it’s worth, I have no idea why any lawyer isn’t completely upfront about his or her fees, because I list mine right here.

The flip side, however, is that you will never get what you don’t pay for. Cheap is cheap, in every way.  There is no “bargain” lawyer out there who can or will provide the same level of representation that you’ll get from top-shelf attorneys.  You won’t find filet mignon for the same price as ground chuck.

Whenever you hear of some celebrity making the news for a DUI or some criminal charge, for example, you can be sure he or she did NOT search for legal representation by asking “how much do you charge?”

Instead, someone looking for the best results looks for the lawyer most able to produce them, and those won’t be found in the bargain bin.

To be sure, in certain areas, like consumer bankruptcy cases, for example, “good enough” is, in fact, good enough.  The same goes for something like a simple will, or power of attorney. Those kinds of legal services are rather like commodities.

In the coming years, that kind of legal work is likely to be automated and will probably be handled by AI, bypassing the lawyer completely. For now, though, a lawyer only needs to not suck in order to be good enough for those kinds of commodity-type legal services.

It’s also true that, for people with little or nothing to lose, mediocre results are, in fact, “good enough.”

Not to be indelicate about it, but a single guy on disability who has no kids, and who is not now and never will be in the job market, simply does not have the same concerns about the ramifications of an OWI conviction as someone with a good job and family to support, or a professional license of some sort.

Beyond all the legal-eagle skills required to get an DUI case dismissed, or to win at trial, even in the vast majority of cases – those that won’t be thrown out of court or result in a “not guilty” verdict – there are long range implications to the client for even the smallest thing done one way versus another by the lawyer.

These are the kinds of things that can matter years down the road, when applying for a new job, renewing a professional license, or in any of countless ways.

Imagine, for example, that someone with a really good job or professional license winds up charged with a 1st offense OWI.  The person goes through the court system, receives no jail (jail is almost never even on the menu in a 1st offense DUI case) and is ordered to complete a year of probation, along with an alcohol counseling program.

Without knowing more, this seems like a pretty good outcome.

Now, fast forward to the time when the person has to renew his or her license, or must report the DUI to his or her current, or even a new, prospective employer. Assume further that the licensing authority or employer requests court documentation from the case.

Of course, our hypothetical person provides everything in the court file, only to learn that the licensing board or employer/prospective employer is really concerned that he or she was required to go through an alcohol “counseling” program as part of probation, thereby creating the impression that the person may have had some kind of drinking problem to deal with.

Whatever complications this creates for the person now (a licensing body could, for example, require the person to undergo a new substance use evaluation, while an employer/prospective employer could just figure that, with all the applicants out there who DON’T have a DUI conviction, why bother with this one, and move on to someone else), things could have been made much better if the lawyer had found a way to keep the person out of such counseling in the first place, or at least limited the sentence to some kind of “educational” classes instead of a counseling program.

The different perceptions created by the use of these terms can matter – if not so much at first – then perhaps later, even if the real difference between the “counseling” program and the “educational” program is in name only.

You and/or your lawyer need to think these things through before they become a problem, and that almost certainly won’t happen if your lawyer’s competitive advantage is being the lowest bidder.

It may sound a bit conceited, but the truth is, it DOES require a special level of skill, experience and attention to detail to produce the better and more well thought out result, rather than one that’s mediocre.

This level of skill is something you’ll never find in any attorney who is even remotely interested in playing the “how much do you charge?” game.

Of course, in the real world, the first and biggest concern voiced by just about every DUI client or potential client is a fear of going to jail. People are always happy to find out they’re not going, and often happy enough to be satisfied, at least at the moment, with just that as a result.

I can’t count how many people who have told me something like “I’ll do anything to stay out of jail.” For many people who’ve lost sleep over the idea of getting locked up, simply finding out they’re not going is a huge win, and anything good beyond that is just icing on the cake.

For the “how much do you charge?” kind of lawyer, you can be sure that whatever his or her fee, it will be just enough to stand next to his or her client and watch the results happen that were going to happen anyway, like not going to jail. When you pay the bare minimum, you’re going to get the bare minimum.

To a better DUI lawyer, not going to jail is a given, and it’s those “icing on the cake” things – those small details and things that aren’t obvious, or appear little now, but may become important later – that require attention and effort.

In fact, many of those finer points, if handled properly, will never come to the client’s notice.

In other words, the client will not know that by paying attention to small details with long-term implications, the lawyer has set things up so that he or she won’t have to deal with certain consequences that might have otherwise arisen.

When people are facing a DUI, they naturally worry about the “here and now” of things. Sure, people worry about their driving record, any professional license, and, ultimately, their criminal record, but in the heat of a pending DUI charge, those concerns are more about the immediate future, particularly being locked up or not being able to drive.

Attention to detail means that beyond making sure someone simply doesn’t lose his or her professional license, when they are required to report the DUI, it looks like a one-off; like a bump in the road, and not some kind of potential substance abuse problem that merits further investigation by the licensing authority.

We’ll stop here, and pick again, in part 2, with an illustration of the difference between a “good enough” fix for the moment versus a better fix where attention to detail has better (meaning less) future consequences, before we continue our examination.