As Michigan DUI lawyers, my team and I know what it means to properly fight for our clients. Key here is the word “properly.” If the reader has spent any time online, he or she has already found endless marketing messages about DUI cases. There is no shortage of lawyers who will fight everything to the last penny of your money, and there are also plenty who market themselves as having “affordable” or “reasonable” fees, which can often mean paying a cut rate price to have your case sold out and wrapped up as soon as possible. 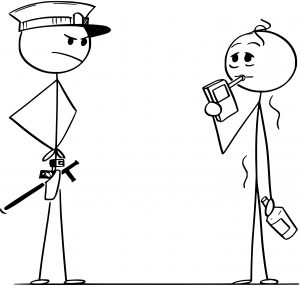 In this article, we’re going to discuss how to best handle a DUI case. No matter what, success is a DUI case is always best measured by what does NOT happen to you. For anyone facing a DUI charge, having it dismissed completely is always the best outcome. However, when, as in most cases, that can’t happen, then less really is more, in the sense that fewer legal penalties and negative consequences are always better. Those results don’t come about by being sold out, but, on the flip side, merely “fighting” everything, just for the sake of fighting, doesn’t produce any benefits, either.

Instead, the best results are always achieved by following a smart defense strategy. It may sound corny, but it’s also true that, as Michigan DUI lawyers, we sometimes have to stand fast and hold our ground, while others, the best outcome is achieved through an intelligent compromise. It shouldn’t come as a surprise that what should be done in any given case, and when to do it, is all dependent on the facts, and not just the facts of the case itself, but also things like where it’s pending, and the parties involved, including the prosecutor and the Judge.

An important part of being a good client and getting a good result in a DUI case is learning to become a good consumer of legal services. Every lawyer and law firm wants to sell themselves (our firm is no different, at least as far as DUI cases within our geographic practice area are concerned), so there’s almost always some kind of marketing message in just about everything the reader will find online.

One of the first things a person should bear in mind is kind of a double-edge sword, because when it comes to hiring a lawyer for a DUI case, you’ll never get what you don’t pay for, but it’s also just as easy to pay too much (sometimes, WAY too much) for nothing better than average legal services.

In other words, there are no bargains when it comes to good legal help, but there is no shortage of lawyers who charge far in excess of their skills and abilities, either. Paying a lot does not translate into getting a lot, at least in the legal world.

That really points the way to a kind of “middle ground” between properly fighting a DUI charge versus merely rolling over and taking the first plea deal that’s offered.

Unfortunately, some people get sucked in by the “fight everything” marketing tactics used on certain legal websites, thinking that the lawyers who push that message the most have some magic way to get them out of everything.

Others simply contact every lawyer they can find and look for the cheapest fee by asking “how much do you charge?” In reality, that’s nothing more than a race to the bottom.

It is a given that no lawyer is going to get the best results for the client if he or she doesn’t seem willing to fight, but this goes beyond just “seeming” willing to fight; the lawyer has to actually know when and how to fight.

For example, in a case of ours just last week, and only because we stood firm with our position regarding the evidence, the prosecutor, on the day of jury selection for the trial, agreed to drop an OWI charge (“Operating While Intoxicated,” the actual legal term for what everyone just calls a “DUI”) to Leaving the Scene of a Property Damage Accident, which actually fit with the facts.

In that case, we didn’t just “seem” willing to fight – we did fight.

However, it’s also important to note that we stood firm because the facts of the case warranted it. Any lawyer can go in and challenge everything under the sun, but that’s just a waste of the court’s time and the client’s money. I always use this example:

Many years ago, in our prior home, my wife and I had a couple of small leaks in our basement walls. We contacted a company, and they came out, looked things over, and for a very reasonable price, they filled the cracks with an epoxy and guaranteed the results for life. For us, it was problem fixed.

However, that company could have also come out and said that it would be far better to dig all around the house to expose the foundation just to make sure there were no other cracks, and charged us a royal fortune.

Not knowing better, I would have looked at all the heavy equipment, the teams of workers and hills of dirt and thought they’re sure working for their money. In the end, though, the same repairs would have been done to solve my problem, but I’d just have paid a lot more for them.

This is sometimes called a “dog and pony show.” That’s a way of describing something that entails a lot of drama and flash and work, but not a lot of substance. There are some lawyers well known to charge a ton of money and then fight everything in court. All that work seems to “justify” the money paid by the client, but in the end, not only is there nothing gained by that effort (other than the lawyer racking up the fees), but it tests the patience of Judges and prosecutors whose time ultimately gets wasted.

Not that long ago, I had a prosecutor pull me aside and apologetically explain that a new policy his office had been put into place forbidding plea bargaining after an unsuccessful defense challenge to the evidence was the direct result of so much time wasted by the “we fight everything” lawyers.

Of course, there’s not a lot to say about the lawyers who compete on cost, either.

Like most things in life, you won’t get what you don’t pay for. This is where a person really has to worry about being “sold out.” The cut-rate system counts on making less money on more cases, so quick turnover is essential. The only thing these types want to fight is the clock. Of course, this kind of “bleed ‘em and plead ‘em” mill is really antithetical to the notion of a lawyer painstakingly going over the evidence and watching every frame of relevant video, but, as I’ve noted, you won’t get what you don’t pay for.

In the case I mentioned above, it was precisely because we spent time carefully watching the videos from several police cars that we found the basis for our defense, and that ultimately culminated in a last-minute offer for a plea to a non-alcohol related driving offense.

The proper way to fight a DUI charge is really no different than the proper way to do anything: It should be done intelligently, and by someone who is honest. All the evidence needs to be examined, and, if there is a basis to do so, then it should be challenged. A lawyer should always hold firm for the clients benefit.

The prosecutor and Judge must never doubt that a lawyer will stand up for the client, but never advance a stupid or losing argument, or otherwise merely fight for the sake of fighting, and running up the bill, either.

By the same token, though, a lawyer should never look anxious to wrap up a case. That’s a sign of weakness. Although it doesn’t strictly apply in the legal field, there is some solid and age-old advice about negotiating: Never accept the first offer.

The moment a lawyer is seen to do that, then he or she will be seen as nothing more than a “paper tiger,” at best. From that point forward, and even without meaning to do so, he or she will be thought of someone who can be made to “roll over” when it comes to negotiating things like plea and sentence bargains.

My team and I don’t do that.

Instead, we quite literally live by the motto that success in a DUI case is best measured by what does not happen to you. In that way, less is always more.

If you’re facing a DUI charge and looking for a lawyer, be a wise consumer and read around. This blog is a great place to start, and with over 550 articles published to date in the DUI section, it has more useful information that you can find anywhere else.

Don’t take my word for it though – search around online. Pay attention to how different lawyers break down the DUI process, and how they explain their various approaches to it.

When you’ve done enough of that, start checking around. You can learn a lot by speaking with a live person. If your case is pending in the Greater-Detroit area (meaning anywhere in Wayne, Oakland, Macomb, or the surrounding counties), give our firm a ring, as well.