One of the most significant real-world considerations for anyone facing a DUI or other misdemeanor criminal charge is whether the it will be prosecuted by the state or a local municipality (this can mean city, village or township). To keep this article simple and straightforward, we’ll skip the analysis of all the background legalities that ultimately have zero effect on your case, anyway. This is important stuff, however, and really should be examined by anyone facing either a drunk driving or criminal charge that is not a felony. If the reader has any paperwork (especially either a citation issued by the police, or a court notice) relative to his or her case, either get it out now, or save this article and refer back to it when you have your information at hand. If you were given a ticket, look up near the top left and you will see a section with the words “The People of” and then one or more check-boxes that say “the State of Michigan” and “the city of _____,” “the Township of _____,” and/or “the Village of _____.” 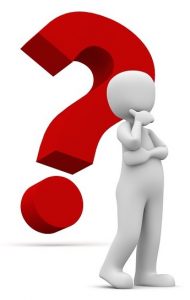 If the “State of Michigan” box is checked, then your charge is being brought pursuant to state law. If any of the other boxes are checked, then your charge has been or will be made under a municipal ordinance. If you have a court notice, you can usually tell by looking at the listing of the plaintiff (some notices, like those on a “postcard,” don’t have this) and seeing if it’s either the State of Michigan or, instead, a city, township or village name. Make no mistake, the prosecuting authority can directly and significantly impact what ultimately happens to you. When you’re facing something like a 1st offense DUI charge (usually written as OWI, or “Operating While Intoxicated”), none of this is obvious, and the reader might therefore wonder, “what the hell difference does it make, anyway?” The short answer is that it can make a huge difference that can affect things like your ability to drive and save you thousands of dollars.

I promised to keep this article simple, so beyond pointing out that felony charges can only be brought by the state, and not by a municipality, the reader will have to accept my representation that the details of how and why certain misdemeanor charges can be local or state can get very deep, and there is a lot to why something like a DUI fist offense, High BAC, Driving While License Suspended (DWLS) or Possession of Marijuana case may be brought under either state or municipal law. Most of this, fortunately, is only of academic interest to some (and not even all) lawyers, and none of it affects a case once a charge has been made. The upshot of all this, however, is that if you’ve been charged with something, your lawyer will eventually sit across the table from either a county prosecutor (who represents the state), or a municipal (city, township or village) prosecutor (often simply called the “city attorney” or “township attorney”) and try to work things out. That matters because, to be blunt about it, it’s often easier to negotiate a better deal with a municipal prosecutor than it is with one from the state. Indeed, even in the same situation and facing the same charge, there are certain plea bargains that simply cannot be obtained in a state case that usually can be worked out if the charge has been brought under a local ordinance. This, by the way, has nothing to do with any prosecutor or municipal attorney being a nice or decent person, but rather only reflects limits imposed by their particular employers.

No small part of this has to do with politics. County (meaning state) prosecutors are elected officials, and none of them ever wants to be seen as weak on crime. As a result, the elected prosecutors formulate various policies that limit the kinds of pleas that can be negotiated and otherwise prohibit certain kinds of plea bargains. City attorneys usually do not have any, or at least as many, of these restrictions. Of course, they want to do the right thing in each case, but their work is simply not affected by the same political calculus that is part of being an elected prosecutor. With very few exceptions, municipal attorneys are actually lawyers in private practice who have been contractually retained by the city, township or village to do its legal work, including handling misdemeanor ordinance violations. This means they are only “part-time” prosecutors. Many of these lawyers, as part of their broader practices, also defend some of their other clients from the very same kinds of charges in other jurisdictions that they prosecute where they work as the city or township attorney.

It may be easier to understand with an example:

Imagine that lawyer X, in private practice, represents city Y. She is free to handle criminal and DUI cases anywhere she’d like except those brought in city Y or otherwise heard in the court of jurisdiction for city Y. Thus, I may have a client who is facing a DUI in city Y and go to court and deal with lawyer X. The next day, however, I may be across town, in city Z, handling another DUI, and I run into lawyer X representing her own client for a DUI in city Z. This is not unusual, and actually happens quite often.

While that, it itself, doesn’t seem particularly interesting or remarkable, the subtle point here is that lawyer X knows what it’s like to represent real people. She knows exactly what it’s like to sit across the conference room table and take money from a client with the expectation of going to going out and making his or her situation better. When you look into a person’s eyes who is trusting you to help him or her, and who gives you money to do just that, it shapes who you are as a person. If you have a conscience, you feel a responsibility beyond just getting paid. It’s a huge responsibility to have to look out for someone’s best interests. Not to offend any of my state prosecutor friends (some of whom have worked (or will eventually work) in private practice), but their job is to prosecute cases all day, every day. There really is no easy or polite way to put this other than to point out the experiences of most full-time state prosecutors is different from that of the lawyer hired to help someone get out of a jam. If you’re facing any criminal or DUI charge, it’s usually (although not always) better if it is brought as a municipal case.

High BAC cases provide a good example. In Macomb County, it is policy for the assistant county prosecutor to not be able agree to a plea bargain to reduce a High BAC charge without the defense lawyer first filing a memorandum with the prosecutor’s office called a “deviation.” For lack of a more complete explanation, this is a semi-formal written request for a plea bargain. Depending on various factors, this request can either be granted or denied by the “higher ups” in the prosecutor’s office. In those municipalities that have a High BAC ordinance, it is more often the case that (assuming the lawyer is good enough) a plea bargain can be worked out right away, in court, without first having to file any kind of deviation or memorandum.

As I noted above, there are exceptions to all of this. There will always be somebody with hang-ups in just about every occupation and in every role. Thus, it is possible to run into the one municipal lawyer who is less forgiving in something like DWLS cases than the state prosecutor in the same courthouse. These are accidents of geography and personality, but they are, thankfully, also not the norm. It can also happen, for example, that one state prosecutor in an office won’t budge as much in one kind of case as his or her colleagues, or, conversely, one prosecutor is more lenient than the rest regarding certain charges. In general, though, if you’ve been charged with any offense, it’s simply better that it’s brought as a municipal rather than a state case.

As I pointed out before, there is a lot to this, and it’s something that should be explored, or at least explained, when the client and the lawyer meet. If you are facing a DUI or criminal charge in the Detroit area (meaning any court in Macomb, Oakland or Wayne County), and are looking to hire a lawyer, I can help. Do your homework, be a good consumer, and read around. When you’re ready to speak, know that all of my consultations are confidential and done over the phone, right when you call. You can reach my office Monday through Friday, from 8:30 a.m. until 5:00 p.m. at (586) 465-1980. We’re here to help.