One of the biggest concerns for anyone facing a DUI is how it may or will affect their job. There is a horrific rush of emotions that follow a traffic stop when someone has been drinking, and they usually continue through the field sobriety tests, and ultimately, the arrest. Once a person is released from jail (most often, the next day), however, that panic usually turns to something more like dread as he or she begins to figure out what to do next. In this article, I want to make clear that for almost everyone, including people with professional licenses (medical, legal, etc.), an OWI charge is NOT, legally speaking, a threat to your job. The court is certainly not going to interfere with your work; make no mistake, the court wants you to stay employed, because, in no small part, it wants your money. However, resolving a drunk driving charge is going to require your appearance in court a few times and, if you hire an attorney like me, spend some quality time with your DUI lawyer, as well, so you will have to make arrangements for that. 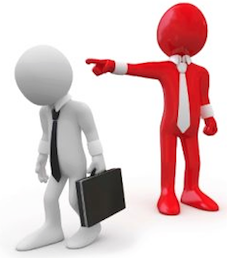 Let’s be clear, and upfront, that if you have a Commercial Driver’s License (CDL), even a 1st offense alcohol-related conviction is going to cause it to be suspended. Thus, if you drive a truck, a school bus or an ambulance, unless the evidence in your DUI was really botched by the police (or you really had not consumed enough alcohol to be over the legal limit), this is going to suck, and yes, it will affect your job. Even that’s not necessarily the end of the world, however, because I’ve had plenty of clients who were valued enough by their employers to be kept on in a different capacity while their CDL was suspended. Most people, however, do not rely upon a CDL for their livelihood, and therefore really don’t have to worry about this .

Those with a professional license through something like the Michigan Department and Regulatory Affairs (LARA) may, and probably do have a duty to report a DUI conviction to their licensing agency, but beyond the report itself, there are not likely to be any consequences. When I represent a lawyer, for example, State Bar of Michigan rules require that both I, as the lawyer (for a lawyer) and the lawyer (client) report the same, promptly upon conviction. Most medical-type (health care) licenses require that a DUI conviction be reported at the time of renewal. If you look at the reasons medical/dental/healthcare licenses get suspended, the most one of, if not the common reason, is the failure to report a drunk driving conviction. I have handled 1st offense and 2nd offense DUI cases for many physicians, nurses, pharmacists, dental professionals and the like, and, because all of them compiled with their reporting requirements, not a single one of them have ever lost his or her license or otherwise had it suspended. What about the majority of people who don’t have any professional license to worry about, but are just concerned about the impact of a DUI on their job?

Before we get to that, let’s just clear up one last thing: some people (particularly in the certain manufacturing sector here, in the Detroit-area) work in occupations that require a security clearance. The good news is that a single DUI charge is almost never a problem for obtaining or keeping a security clearance. Just as with a professional license, a conviction for a drinking and driving offense will need to be reported, if not immediately, at least at the time of renewal. For pretty much everyone else who isn’t worried about a professional license or security clearance, the most pressing questions involve things like being able to drive to and from work, being able to drive for work (with a regular driver’s license), going to jail (as we’ll see, this is a misplaced concern because, especially in 1st offense DUI cases, it’s almost certainly NOT going to happen) and will the employer find out.

Let’s tackle that last one first. Your employer is not going to “find out” about your DUI case unless you or someone else provides that information, or your case is so unusual that it winds up in or on the news. In other words, no one contacts your job about any part of the DUI process or at any stage of your involvement with it. That said, you’re probably going to have to take some time off for court, so you’ll have to decide what information to share with your boss(es). Interestingly enough, over the course of my career, I have had my fee paid by many employers on behalf of valued workers. Some are okay with a DUI, while others might be very much the opposite. The client will have to handle this aspect of things on his or her own, although I’m always glad to talk it over and help him or her hash things out.

Jail, of course, is everyone’s biggest fear, but as I noted above, that concern is also misplaced. With the possible exception of cases decided before one district Judge in Oakland County, nobody goes to jail in a 1st offense DUI case, anyway – ever. So if getting locked up is your worry, then you can breathe easy. Even in 2nd offense cases, jail can very often be avoided. In the big picture, almost no one ever loses his or her job for going to jail in a DUI case because there won’t be any jail. It’s that simple.

Your driver’s license, at least in a 1st offense case, will probably not be an issue with your work unless, as I noted above, you have a CDL and use it to drive for a living. In other words, even someone who drives a lot for work, like a traveling salesperson, won’t lose his or her license. In Michigan, a restricted license (some length of which is imposed upon everyone convicted of a DUI) allows a person to drive for certain, specific reason, including to, from and during the course of work. There is no time limitation on that; you’re boss can call you at 3 in the morning and tell you to drive to San Diego and bring back sea shells; that’s allowed because it’s done “during the course” of work. The key thing to know is that unless you require a CDL for work, nothing will happen to your license, in a 1st offense case, that will interfere with your job.

Even in 2nd offense DUI cases, I can often work around what is otherwise the mandatory revocation of a person’s driver’s license if he or she wants help with his or her drinking and is willing to complete a sobriety court program. That’s a rather deep subject that I’ve covered in other articles (and won’t get into here), but for now, it’s worth noting that it does present as a rather stark contrast to how things used to be a number of years ago, when a 2nd offense DUI meant you could simply kiss your license goodbye for a few years, at least.

Having just spent most of the preceding 8 paragraphs dispelling some of the more common fears about how a DUI could impact one’s job, it should be clear that the single point I’m hoping the reader takes away is that it probably won’t. Sure, you may have to report this to some licensing agency, or, in some cases, even your employer, but unless you drive for work using a CDL, a DUI isn’t likely to cost you your job. Your initial fears aren’t going to come true, and it’s unwise to make decisions based upon them. Those early concerns are normal, but also misplaced The reality is that a DUI is going to be an inconvenience, and you may lose some vacation time, or even some wages, but that’s a far cry from actually losing your job. Of course, a DUI charge is serious, and needs to be treated as such, but let me strongly warn against making important decisions, like hiring a lawyer, out of fear. Take the time to do your homework and look for a lawyer who provides real information.

I always point out that success in a DUI case is judged by what does not happen to you. With proper legal guidance, even if the evidence against you is rock-solid, everything can be worked out pretty well, with no jail, no job loss, and little to no damage, except to your wallet. If you are facing a drinking and driving charge anywhere in the Greater-Detroit area (meaning Wayne, Oakland or Macomb County) and are looking to hire a lawyer, read around, then check around. All of my consultations are confidential and done over the phone, right when you call. You can reach my office Monday through Friday, from 8:30 a.m. until 5:00 p.m., at (586) 465-1980. We’re here to help.