Because I am both a DUI and driver’s license restoration lawyer, it is automatic for me to focus on the license consequences in every drunk driving case I handle. In truth, what can and will happen to someone’s ability to drive should be a primary consideration in every DUI case, but unfortunately, it’s not, and that’s often due to the limitations of the lawyer him or herself. A few days ago, a conversation with a potential new license restoration client reminded me that this important facet of drinking and driving cases is not really understood by lawyers who don’t also concentrate in license issues. Rather than turn this article into a never-ending list of examples, we’ll keep it brief by skipping the specifics and looking at why these considerations need to be front and center in every Michigan OWI case. 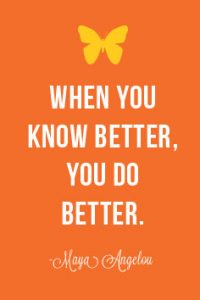 A conviction for any Michigan DUI (Operating While Intoxicated) charge carries some kind of license penalty (technically referred to as a license sanction). One of the biggest misconceptions I encounter is the mistaken belief that the court or Judge has anything to do with this. License penalties are set by law, and they are imposed by the Secretary of State, not the court. This means that if a person is convicted of 1st offense OWI, his or her license will be suspended for 6 months, he or she will be unable to drive at all for the first 30 days (this is called a “hard suspension”) and will then be on a restricted license for the next 5 months. Fortunately, most first offenders can avoid the hard suspension through a good plea bargain and usually only wind up with a restricted license for 90 days. The larger point here, though, is that the court has nothing to do with what happens to the license, and the Judge cannot modify the sanction in any way. The only way to have an impact on the license sanction is through the plea bargain itself.

License sanctions are fixed, and, as the saying goes, set in stone: if you are convicted of offense “A,” then you MUST get sanction “B”; if you are convicted of offense “C,” then you MUST get sanction “D,” and so on. The sanction for any given offense cannot be negotiated or modified in any way. Most lawyers understand this much, but there is a lot more to protecting the client’s interests than just knowing the matrix of offenses and corresponding penalties. This, unfortunately, is where some lawyers wade into waters a bit ott deep without realizing it. There are things that can be done in handling the DUI case itself to either avoid a longer suspension or an outright revocation of one’s driver’s license beyond merely shooting for the best plea deal possible. On top of that – and this is really important – the lawyer must be able to look down the road and think in the long term, as well. The things that do and do not happen in the current case can and often do have a huge impact on getting your license back later. This is easy to overlook in the moment, but is one of those things that will most certainly come back to “bite” you in the you-know-what later. The problem is that unless your lawyer devotes a substantial portion of his or her practice to driver’s license restoration appeals, he or she won’t have a clue what these things are, much less what to do about them. This is one of the ways I can protect you better than anyone.

I handle (and win – guaranteed) more driver’s license restoration cases than any other lawyer I know, and that part of my practice is essentially global, because I resolve Michigan license matters no matter where in the world a person may live. This stands in contrast to my DUI practice, which I limit geographically to the Tri-County, Detroit area. In my role as a license restoration lawyer, I deal exclusively with people who’ve lost their license for multiple DUI’s, no matter where they took place. This affords me the perspective of being able to look back in time to see how the decisions made in their prior drinking and driving cases directly affect the present. Even if I wasn’t also DUI lawyer, it would be hard for me to not pick up on these things and see how a person may have been able to avoid having to hire me to win his or her license back in the first place because a DUI case was resolved without fully taking into account the license implications.

And if that sounds all mysterious and unclear, let me explain. In the case I referenced at the outset of this article, the person’s lawyer was working on a plea bargain to reduce a current 3rd offense (felony) DUI charge to a 2nd offense (misdemeanor). This is something I do all the time and would expect to happen, especially if I was handling that case. The caller, who had previously won restoration of his driver’s license after getting his 2nd DUI a number of years before, wanted to hire me to get started now on doing those things that would help him win his his license back down the road, after this new DUI case was all worked out. He had sent a detailed email, and when I called into my office the next morning on my way to court, my senior assistant more or less read my mind when she asked why his lawyer didn’t take certain steps, as part of his plea bargain request, that would allow him to get a license much sooner than the years he’d otherwise have to wait.

The answer was simple: his lawyer didn’t know better. As a more general criminal lawyer, his attorney was doing what in most circumstances would have been a capable job, and even in this fellow’s situation, would indeed make things better for him. However, because I spend all day, every day on license restoration and DUI cases, certain things were clear to both me and my assistant, right out of the gate, that his lawyer probably never thought about. Had I been handling his DUI, he would have had a driver’s license within a matter of weeks, not years, and it would have saved him ever having to hire me for an initial license appeal to get back on the road. Instead, he’d only have to hire me later, for a “full” license.

If this sounds like I’m grandstanding, well, okay, I am. I DON’T miss these things, and that’s a huge advantage for any client of mine in terms of what happens (and what doesn’t) to his or her license, both now and later. I’m not sure if this is a medically sound analogy, but imagine a woman who undergoes emergency, life-saving surgery, and who survives and recovers, although with one leg a bit shorter than the other, so she’ll have a pronounced limp for the rest of her life. That outcome clearly is better than not having survived at all. However, if her surgeon was also trained in a way to have insured that she would heal so that both legs remained the same length, thereby avoiding the limp, who could argue that’s not an even better outcome? I’m that guy (with respect to your driver’s license) if you’re facing a DUI.

The irony is that much of what I do everyday will never be fully known or appreciated, but that’s how it’s supposed to be. The skill of your dentist in making sure a cavity was properly filled and didn’t result in a broken tooth and a subsequent crown is to be expected, and is taken for granted. In that sense, and for as good a driver’s license restoration and DUI lawyer as I am, if I was somehow thrust into the role of fixing that cavity, you’d be needing a full set of dentures because I’d be out of my depth.

If you’re facing a DUI in any local court in Wayne, Oakland or Macomb County, I can protect your interests, including some you probably don’t even know you have. If you are looking to hire a lawyer, do your homework. Read around, then check around. All my consultations are done over the phone, right when you call. You can reach my office Monday through Friday, from 8:30 a.m. until 5:00 p.m., at 586-465-1980. We’re here to help.