Within the more than 300 DUI articles I have published on this blog, I have examined just about every aspect, facet, and step of drunk driving charges, and often in painstaking detail.  This article will be an abbreviated look at the steps of the Michigan DUI legal process.  My goal is to put up something short and easy to read.  This is actually somewhat difficult for me, because, as can be seen by the content of my other installments, I’m an explainer.  If you’ve been arrested for a drinking and driving offense anywhere in the Detroit-area (meaning anywhere in Macomb, Oakland or Wayne County), you certainly want information, but sometimes – and that’s the reason for this attempt at brevity – it’s better to start with the bigger points and work your way down, to the extent you’re interested, to all the finer details. 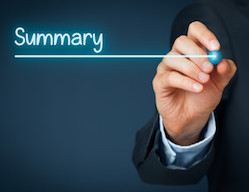 At it’s most basic, a DUI case has 3 main phases: the arrest, the court proceedings, and the post-court requirements (meaning probation).  The arrest part, as we’ll see, is rather simple, and really doesn’t help explain what’s going to happen (as in what’s coming), because you’ve already been through it.  Next, we’ll look at the court proceedings, and we’ll break that down a bit further by examining, if not in detail, at least in general, what you can expect to take place in your case.  Finally, we’ll talk about post-court requirements, meaning (for most people), what probation is all about.  The focus here will be on short and sweet.

The Arrest.  You already know how this works, or at least worked in your case.  The police have contact with the driver for some reason, either by pulling him or her over for a traffic stop (usually for something like swerving, violating a traffic law, or following up on a cell-phone tip) or by showing to something like a traffic accident.  Although the arrest itself is rather straightforward, what takes place immediately before and leads up to it is keenly important in a DUI case.  The officer’s observations of the driver (bloodshot, glassy eyes, speech that is slurred, difficulty in balancing, etc.) must always be examined by the lawyer, as should the person’s performance on the field sobriety tests.  In the real world, the police report is almost always going to portray the driver as doing rather poorly. This, in turn, makes it important to obtain and review any dash-cam video of the stop, the field sobriety tests, and anything else.  One rather universal rule about handling DUI cases is that the lawyer should thoroughly examine all the evidence, and that means obtaining and watching the police car dash cam video in just about every case.  For all of that, though, the arrest itself ends a ride to jail, followed by your eventual release, usually the next day, and often after having posted some money (technically called an “interim bond”).

The Court Proceedings.  There are 4 potential court proceedings that can take place, although most of the time, there will only be 2 or 3:

Arraignment.  The first step (and this is a “maybe,” meaning it is one that may not happen) is the arraignment.  The arraignment is where a person stands before a Judge or Magistrate and is advised of the charge, his or her rights, pleads “not guilty,” and then a bond is set.  In most 1st offense cases, this step can be waived (skipped) by the lawyer, and the “not guilty” plea will be automatically entered for the client.  In those cases where the arraignment cannot be waived, the interim bond amount posted to get out of jail is usually kept in place, and the person required, as a condition of bond, to sign up for alcohol and/or drug testing while the case is pending.

Pre-Trial.  This is the first “real” court date. “Pre-trial” means exactly what it sounds like, something that happens “pre,” meaning prior, to trial.  A pretrial is actually a scheduled conference, or meeting, between the prosecutor and the defense lawyer, where they discuss the case and how to resolve it without going to trial.  In many DUI (and other criminal cases), there can be, and often are, multiple pre-trials.  Sometimes an issue comes up that needs to be looked into or resolved before a deal (usually a plea bargain) can be made.  There really is no limit to the reasons why it might take more than 1 meeting for a DUI case to be worked out.  This can sometimes be a problem for those who’ve thrown in with a bargain-priced or court-appointed lawyer because of the undeniable economic pressure to resolve the case as quickly as possible.

The overwhelming majority of DUI cases are resolved at and through pre-trail negotiations because a plea bargain and/or a sentence bargain is worked out.  In those rare cases that do actually go to trial, the pre-trial affords the defense lawyer and the prosecutor the opportunity to identify those issues about which they agree, and those which remain in dispute, thus helping focus the trial.  Think of it this way:  If Dan the Driver was observed driving (and it’s alleged he was swerving) on Big Beaver Rd. in Troy, from Rochester Road to Crooks Rd., the parties can agree that, whatever else may have happened (or not), it took place in the City of Troy, so there’s no sense requiring the prosecutor to waste time prove that.

Trial.  Very few DUI cases go to trial, and even fewer win.  Overall, the number of DUI-related arrests in Michigan that result in a “not guilty” verdict at trial is less well under 0.25%, and hovers around 0.18% on average.  That’s zero-point-one-eight, as in less than 2-tenths of one percent.  Obviously, if you’ve been charged with a DUI and there is no breath or blood test result, or no direct connecting proof that you drove the vehicle after drinking (meaning that you didn’t encounter the police while you were actually in the vehicle, but did so afterwards), then your chances of being acquitted are much better.  For the most part, however, most DUI cases are pretty clear.

A trial is essentially what you’d expect.  A jury is picked, the parties make opening statements declaring what they hope to prove.  The prosecution goes first and calls its witnesses (normally the arresting officer(s) and anyone else involved in the breath or blood testing), and the defense lawyer cross examines them.  Then it’s the defense’s turn, and it calls its witnesses, with the prosecution thereafter cross examining them.  Finally, the parties make their closing statements and the jury (or, in some cases, the Judge alone) decides whether the person is guilty or not.  As simple as it sounds, trials eat up a ton of time and money.

Sentencing.  This is where you learn what is going to happen to you.  The efforts you and lawyer have put into the case show up (or not) right here, in what the Judge does.  Although jail isn’t on the menu in a 1st offense DUI case, a person will find out what kind of probation he or she is going to have to endure, and for how long (9 months, 12 months or even 18 months) and what kind of classes, counseling and/or treatment he or she will have to complete.  In addition, the Judge will require the person to NOT consume any alcohol and do breath and/or urine tests at specific intervals to prove compliance.  If any community service is required, it will be handed out as part of the Sentence.  Although the Sentencing is important, it is what happens before it, after the pre-trial, that really sets the stage (one could accurately call it the blue-print, or script) for what’s going to happen, and is without a doubt the single most important stage in a DUI case.

At sentencing, the client and the lawyer are first required to read the pre-sentence report and recommendation prior to going in front of the Judge.  This report and recommendation is generated as a result of a legally required alcohol screening and probation interview that takes place after a person has worked out a plea deal.  After the charge has been resolved (most often through a plea) but before the person’s sentencing, he or she is required to come back to court, without the lawyer, and meet with a probation officer who will gather information about the incident, interview the person, and administer a written alcohol screening test.  This test is “scored,” and the probation officer, using a scoring key, will plot where a person falls in the continuum of having no alcohol problem to having a serious drinking problem.  The big risk here isn’t so much that a person will test out poorly as it is that he or she will be perceived as presenting with a risk to develop a problem.  This is exacerbated by the court’s inherent “alcohol bias,” which in turn is a by product of the statistical reality that DUI drivers, as a group, always test out as having a higher incidence of alcohol problems than the non-DUI driving population at large.

This makes doing well on that alcohol screening test absolutely critical, and also highlights the importance of making sure the meeting with the probation officer goes as smoothly as possible.  To be clear, the alcohol screening test and the probation interview combine to be THE most important part of any DUI case because this step directly affects what happens to you.  Therefore, it is key that you be properly prepared for the test and the interview.  This is so critical that I not only spend a considerable part of my usual 2-plus hour first meeting with a client introducing this stuff, but also why I have my clients come back for a separate meeting with me prior to going in for the interview and filling out the alcohol screening test.  Good results are the product of good preparation, not good luck.  For my part, I not only know how to prepare my client from the legal side, but also from the clinical side, not only because I work in and with alcohol problems every day, but also because I have rather extensive training in this field, having completed a formal, post-graduate program of addiction studies that concentrated on the development, diagnosis and treatment of alcohol and drug use disorders.  This, it turns out, is far more useful in preventing my client from getting forced into unnecessary classes and counseling than all the combined legal scholarship on the planet.

Post-Court Requirements.  For the most part, the outcome of the sentencing is going to be probation.  Even someone facing his or her 5th DUI, and who will do at least a short stint in jail, will be released soon enough on probation.  There are a million little things that can all figure into this, but the simple reality is that probation boils down to a few simple things:

– Don’t commit any new criminal offenses
– Don’t drink alcohol or use drugs in defiance of the court’s order
– Do whatever the court orders, complete any required classes or counseling, community service, and     comply with all testing requirements

Beyond that, there are a few other things you must observe, like not leaving the state without the court’s permission, stay employed or remain in school, not assaulting anyone, and otherwise just not getting into anymore trouble.  Although not always convenient, probation is rather easy.

When your probationary term has ended, so does your connection with the court, and the matter is closed.
This is the briefest summary I can provide of the DUI process in Michigan.  Of course, most of my other articles break each of these steps down, and some of my articles are entirely devoted to just one of these stages, so you can learn more to the point where you head hurts by looking around on my blog.