As Michigan DUI lawyers, we have to deal with breath test refusal issues almost everyday. We field a lot of questions about breath and blood tests, Implied Consent license suspensions, and everything related to a person having refused to provide breath sample when arrested for a DUI. This 2-part article will provide an overview of Michigan’s Implied Consent law, rather than any kind of granular analysis of the subject. Here, our focus will be wide, and cover the broader implications chemical testing and the law in Michigan DUI cases. 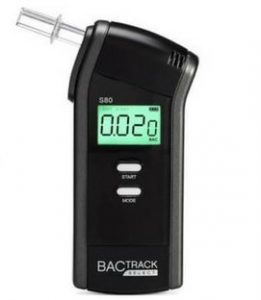 At its most basic, Michigan law requires any driver arrested for an alcohol-related traffic offense to submit to a chemical test when requested to do so by a law enforcement officer. Technically, a “chemical test” can be conducted on either a breath, blood or urine sample. In DUI cases, urine tests are largely useless, so they’re never really an issue. Although the officer (or trooper or deputy) can choose to request either a breath or blood sample from someone arrested for a DUI, most (but not all) of the time, a breath test is requested first, instead of a blood sample.

Michigan’s testing law is called “implied consent” because, at the time every person obtains a Michigan driver’s license, it is expressly noted that, by accepting that license, he or she agrees to provide a chemical test sample if arrested for an alcohol related traffic offense. In other words, he or she agrees, in advance, and as a condition of the issuance of that license, to provide a breath, blood or urine sample upon arrest for a substance-abuse related driving offense. This means that a person’s consent to such a test is implied (as in pre-given), just like his or her consent to being searched is implied if he or she goes through airport security.

Although plenty of people don’t recall being told about this, it really is driver’s ed level stuff. If you ever obtained a Michigan driver’s license, you were told or otherwise provided information about Michigan’s implied consent law, and, by accepting the license, your consent is legally deemed to have been given.

In the real world, a lot people don’t recall having been informed about implied consent, or being made to understand the implications of it. In our practice, we are constantly being told by people that they didn’t know they were required to take a breath test or else lose their license.

What’s key is that, even if that’s 100% true, it doesn’t matter one bit. Here, more than anywhere, the old saying “ignorance to the law is no excuse” really applies.

Almost without exception, every person who gets arrested for a DUI and cited for refusing to take a breath or blood test will insist they had no idea that by doing so, their driver’s license would be suspended.

Before we go any further into implied consent, let’s clarify an important difference between 2 very different – but very similar sounding – types of breath test refusals.

Under Michigan law, if a law enforcement officer (legally called a “peace officer”) has reasonable cause to believe a person has been operating a vehicle under the influence of alcohol or drugs, he or she can require that such person provided a preliminary breath test BEFORE ARREST.

Technically called a “preliminary breath test,” it is most often referred to as a “PBT,” an acronym that is frequently mistaken to mean portable breath test, even though it doesn’t.

A refusal to submit to a PBT is a civil infraction, and carries a fine and a penalty of 6 points. It does NOT, by itself, subject a person to any kind of driver’s license suspension.

A PBT refusal is different from a refusal to submit to a chemical test (done on the big breath testing machine at the police station), and, as such, does NOT violate Michigan’s “Implied Consent” law. A preliminary breath test (PBT) is requested prior to a person’s arrest for an OWI offense and is usually administered at the side of the road.

By contrast, chemical tests (as we noted, most of which are breathalyzer tests) are either done on a large, stationary machine at the police or sheriff’s station, AFTER A PERSON HAS BEEN ARRESTED FOR AN ALCOHOL-RELATED TRAFFIC OFFENSE.

In the case of blood tests, most are done at a hospital, or clinic, although once in a while, a blood test can be administered by an EMT or paramedic, either on scene, or even at the jail.

Usually, though, most formal breathalyzer (i.e., chemical) tests are done at the police (or Sheriff’s) station.

If, after being arrested, a person refuses to submit to a chemical test, that refusal violates Michigan’s Implied Consent law. We’ll get to the license suspension aspect of this later, but let’s first look at what happens when a person is arrested for a DUI and refuses to take a chemical test:

When that occurs, the police can (and promptly do) apply for a warrant for a blood draw. Every jurisdiction has a Judge or Magistrate on call 24 hours a day to sign these warrants. Almost without exception, when a person refuses a chemical test, the police apply for and get a warrant to take a blood sample, no matter what the time of day or night, although, in practice, most warrant requests are handled in the wee hours of the morning.

Often enough, the person arrested for a DUI is honestly confused about his or her obligations and rights when things are going down. Being drunk doesn’t help, but it is NOT a defense, either. That’s why consent is given (i.e., implied) beforehand, as a condition of accepting a driver’s license.

Because getting a timely chemical test sample is important, and because the Implied Consent law imposes a legal obligation to provide that sample, the police don’t screw around with anyone who doesn’t promptly comply; either a person agrees to provide a sample, or a warrant will be quickly obtained.

This works for the police, but for the person arrested who was unclear about what he or she had to or should have done, the confusion about all this often continues until everything is later explained by a DUI lawyer – and that’s what we’re doing here.

While being confused is understandable, and as I hope I’ve made clear by now, it is NOT a defense to an Implied Consent refusal. Again, this is why consent is implied beforehand, when a person every gets his or her driver’s license.

If it wasn’t, then a person could take all night to sober up and fully understand the law and his or her rights under it, at which point they could then decide to take a chemical test, long after when they would otherwise be well under the legal limit.

That’s not going to fly…

As I noted above, the police don’t screw around with this: a person is legally required to submit to a chemical test after being arrested for a DUI, and if he or she doesn’t, they’ll immediately obtain a warrant and take his or her blood.

Chances are, anyone reading this has already found that out the hard way.

This is the part that really matters: The penalty for refusing a chemical test is the automatic suspension of the person’s driver’s license for 1 year.

This is significant, but it’s also NOT the end of the story. Even though we’re jumping ahead a bit, it’s important to go into our discussion knowing that, in most cases, a person can still get his or her license back, even after it has been suspended for refusing a chemical test.

We’ll get to that…

It is important to first note, though, that the suspension for a chemical test refusal goes into effect automatically, unless the person timely requests a hearing, as described on the back of the “Officer’s Report of Refusal to Submit to Chemical Test” form that also serves a temporary driver’s license following a DUI arrest.

If a hearing before the Secretary of State is requested within 14 days, a person can challenge the chemical test refusal, but only as it relates to these 4 specified legal issues:

1. Whether the peace officer had reasonable grounds to believe that you committed a crime described in MCL 257.625c(1).

3. If you refused to submit a chemical test upon the request by the peace officer, whether the refusal was reasonable.

Let’s break this down into simpler terms and explain what these 4 issues really mean:

1. That the officer had reasonable grounds to arrest you for a DUI.

3. You can argue that your refusal to submit to a chemical test was reasonable. If you’re asked to stand on your head, naked, or blow into the machine that has vomit dripping off of it from the last arrestee, that would probably be reasonable. However, as we have noted several times before, being confused, not understanding what’s going on (even if you were rip-roaring drunk) or otherwise not knowing that you were required to submit to a chemical test is NOT a defense.

(b) A person arrested for a crime described in section 625c(1) must be advised of all of the following:

(ii) The results of the test are admissible in a judicial proceeding as provided under this act and will be considered with other admissible evidence in determining the defendant’s innocence or guilt.

(iii) He or she is responsible for obtaining a chemical analysis of a test sample obtained at his or her own request.

(v) Refusing a peace officer’s request to take a test described in subparagraph (i) will result in the suspension of his or her operator’s or chauffeur’s license and vehicle group designation or operating privilege and in the addition of 6 points to his or her driver record.

That’a s lot of language, but it all basically means that the police are required to advise you of your chemical test rights.

In some departments, a person is given a form setting out these rights, and then asked to sign it. That effectively forecloses any argument about not having been advised of one’s rights.

For the most part, the police will always say that they did advise a person of his or her rights. Often enough, the officer writing the police report will indicate that this was done somewhere in the body of that report. Even if those rights weren’t read,  however, don’t expect any officer to come forward and admit to NOT having done so.

Merely asserting that the police did not advise a person of his or her chemical test rights is pretty much a losing strategy as a defense to an Implied Consent violation. Unless the person can prove the police actually did not, this basically gets blown off by assuming that he or she was drunk and just doesn’t remember being advised of them.

The real takeaway here is that if you don’t provide a chemical sample after being arrested for a DUI, then you’re screwed. Your license will be suspended, unless you hold a hearing at the Secretary of State on at least 1 of the 4 legal issues cited above and win.

However, there’s a bit more to challenging a breath test refusal than just the evidence. In addition, and as I hinted above, even if a person’s license does ultimately wind up getting suspended for a refusal, driving privileges can almost always be reinstated through court. We’ll come back in part 2 and look at that as part of our continued discussion.