In this article, we’re going to quickly go over the 5 main steps in a typical Michigan DUI case. The big problem with most articles like this is that they get bogged down by detouring into explaining things that don’t usually happen, like the TV ads for medications with all the disclaimers about possible side effects, and then close with something like, “in rare cases, heart attack, stroke and risk of death.” Although such warnings are required, the realistic chance of any of them happening is less than one in a million. Here, we’re going to look at what everyone really will go through. 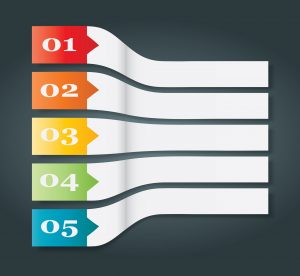 Instead of wasting time examining things that are unlikely to happen in all but the rarest of DUI cases, we’re going to look at the way the legal process works in the real world, for over 98% of all people who go to court for a drunk driving charge. In practice, just about everyone begins their DUI journey with an arrest – although there are exceptions. The reader has no doubt been through that already, so we won’t bother explaining what has already happened. For my team and I, a case starts by requesting and gathering all of the facts leading up to and surrounding that arrest.

This requires finding out what went on before the person ever got behind the wheel (where he or she was, what they drank, and over what period of time, etc.), and what gave rise to the police contact in the first place, as well as everything that took place thereafter. In addition to obtaining the police report, we’ll also need to get any relevant dash-cam and/or body-cam video. This is all important because what happens in the court very much depends on the facts surrounding the arrest itself.

As Michigan DUI lawyers, we see is that in most cases, people get taken into custody (arrested) when they get a DUI, so in keeping with our intention to address a typical case, we’ll assume anyone reading this was, in fact, arrested and taken to jail.

Just about everybody gets out of jail the next day, usually after posting a small amount of money (anywhere from $100 to $500) as an “interim bond,” and being told they’ll be contacted by the court in the future.

As a preliminary observation, while it is fair to say that every DUI case is unique – as is every person who gets charged with drunk driving – that doesn’t hold true for the court process, because it’s the same for everyone. Accordingly let’s turn to those 5 steps that everyone will go through:

The arraignment is the official “start” of a criminal court case. Although there is enough to know about arraignments to fill a legal textbook, in keeping with our mission here to briefly summarize the steps in a typical DUI case, here are the most important purposes of an arraignment:

• To inform the person of the exact charge or charges being made against him or her, and the maximum penalty under law that can be imposed for each.

• To inform the person of his or her constitutional rights, including the right to be represented by a lawyer, and that if he or she cannot afford one, the court will appoint counsel for him or her.

• To determine how much money should be required as bond to insure the person’s return to court. Almost without exception, if any amount was posted by someone to get out of jail, it will be considered enough by the arranging Judge or Magistrate. If a person did not have to post a bond upon release, the amount required by the court is still usually small.

• To set “bond conditions.” Almost all courts will not only order a person to NOT consume any alcohol or use any drugs while his or her case is pending, and will also require him or her to provide breath and/or urine samples at certain intervals to ensure and prove compliance.

• To set the next court date, called a pre-trial.

This is the stage where DUI cases get settled, or “worked out.” At its most basic, a pre-trial is a meeting between the prosecutor and the DUI lawyer to discuss how to wrap things up that take place before (“pre”) a trial. There can be more than one pre-trial, and, in some cases, there are often many of them. The point is to bring the parties together in the same room to find a way to resolve a case without the need for an actual trial.

The overwhelming majority of all cases are settled through negotiation. In the DUI world, such agreements can involve any combination of a plea and/or a sentence bargain.

As a point of clarification, we should note that there is no such offense as “DUI” in Michigan. Even though we all use that term, legally and technically, it’s called “OWI,” or “Operating While Intoxicated.”

If a case cannot be wrapped up by agreement, then it goes to trial, and is either decided by a Judge alone (bench trial), or a Judge presiding over a jury (jury trial).

As far as DUI cases are concerned, going to trial is a major league losing proposition: Year after year, fewer than .25% (less than one-quarter of one percent) of all people charged with a DUI go through trial and get found “not guilty.”

In 2020, the last year for which records are available as of this writing, there were 23,411 people arrested for alcohol-related traffic offenses in the state of Michigan. This number was lower than usual because of the Coronavirus pandemic.

Out of all of those 23,411 people, and not counting 2 OWI causing death cases, only 12 of them went to trial and were acquitted. The overall numbers for 2020 may have been lower, but the percentages of acquittals and dismissals has remained largely the same ever since records have been kept.

For everything we could get into about pre-trials and trials, the simple fact is almost every case gets worked out at the pre-trial stage, through discussion and negotiation between the prosecutor and the defense lawyer.

A screening takes place after a person has entered a plea. Under Michigan law, before a person can be sentenced for a DUI, he or she must undergo a mandatory alcohol screening. This requires completing a written test. Each answer has a point value, and a person’s total number is compared to a scoring key to determine whether he or she either has, or is a risk to develop, a drinking problem.

In addition to completing the written test, a person will also be personally interviewed by a probation officer, who, using all the information he or she gathers about the DUI incident, the person, and his or her test score, must then formulate a written sentencing recommendation to the Judge advising exactly what kind of sentence to impose.

This is important: In the real world, every Judge, in every court, follows these recommendations very closely, if not to the very letter.

Put another way, this recommendation can be fairly seen as a blueprint for what is going to happen.

The Judge is expected to review this recommendation and then decide what kind of “help” (and punishment) a person needs. The “help” a person will be required to complete can include everything from breath and/or urine testing, along with either preventive education, counseling, or even formal treatment.

Here’s the problem: Courts may mean well, but they are not clinicians. If, for example, someone tests out as having a risky relationship to alcohol, it can seem logical to send him or her to AA., but that’s usually not a good idea.

AA is a great program for some people, but it is certainly NOT the right program for most people. My team and I know this to be true, and a whole lot of people who get sent to AA find that out for themselves, but many courts simply do not understand this.

It is therefore critical for us to protect our clients from being perceived as having a drinking problem when they don’t, and to make sure that anyone whose drinking has grown troublesome in some way gets the kind of help that is actually a good fit for their needs, rather than just jamming everyone through the nearest local clinic, or packing them off to AA meetings.

As the steps in a Michigan DUI case go, the screening is by far the most important, although it’s often the most overlooked, as well. This is why being prepared for the screening test and probation interview is so important.

The sentencing is the last stage in the court process. Here, the Judge decides what is going to happen, meaning what kind of rehabilitative measures, fines and punishment to impose upon a person.

Let’s start with the gold-standard that also serves as he motto our firm follows:

When a person shows up for sentencing, his or her lawyer will have either done the necessary work to make sure he or she is treated as leniently as possible – or not.

In that same way, a person will either be represented by a lawyer who knows how to produce the best outcome – or not.

Nobody should ever stand before the Judge at sentencing and have to wonder if their lawyer, or anything he or she has or hasn’t done, was good enough – or not.

The whole goal of hiring a lawyer is to walk out of the sentencing having avoided as many of the legal penalties and negative consequences from a DUI charge as possible.

Ultimately, though, this is the Judge’s territory, so doing well here means knowing how to skillfully navigate through it in order to produce the best possible outcome.

Although it’s not part of the court process per se, it would be a huge oversight to not mention probation. Unless someone is part of the lucky LESS THAN 2% of people whose DUI cases get dismissed somehow, it’s pretty much a given that he or she is going to wind up on some kind of probation.

In other words, more than 98% of all people who have to go to court for a DUI are going to be put on probation.

Probation can either be short and easy, or it can be long and difficult. Nobody wants longer and more difficult instead of shorter and easier.

Probation is essentially a court order that requires a person to do certain things, and NOT do others, under threat of jail. A typical order of probation will, among other things, have these conditions:

The bottom line is that probation is simple: do what you’re been ordered to do, don’t do anything you’re not supposed to, and just stay out of trouble.

Each of these the 5 stages we’ve covered here is really a deep subject in its own right, and the reader can learn more and find numerous articles about each of them in the DUI section of our blog. Without exception, our blog has more useful information than can be found anywhere else, and it’s fully searchable.

If you are facing a DUI charge and looking for a lawyer, be a smart consumer and read around. Pay attention to how different attorneys explain the DUI process, and how they explain their various approaches to it.

If your DUI case is pending in the Greater-Detroit area, meaning any court in either Wayne, Oakland, Macomb, Lapeer, Livingston, St. Clair or Washtenaw County, we can help.