As Michigan DUI lawyers, we interact with clients, courts, and prosecutors regarding DUI charges every single day. The moment a person is arrested for a DUI, he or she has a “case.” From that point on, everybody talks about the pending charge in terms of it being a case. While that’s technically correct, speaking that way almost has the effect of removing the person from the equation. The reality is that a DUI charge only has meaning when we consider the person facing it. In this article, I want to make sure we keep the focus on the “U” (you) in a DUI case. 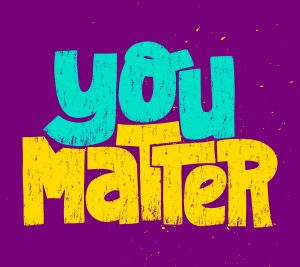 For all the legal and technical elements that go into a DUI charge, the bottom line is that every DUI case is, in fact, about a person. The idea of focusing on the you (U) in a DUI is a very real thing. Sure, a DUI case is made up of evidence and facts, but those things only exist because a person first made them all happen. At times, it can seem like the court system almost treats a DUI charge like it’s separate from the person facing it. However, the legal consequences of a DUI are real, and will affect the person who got it, not to mention his or her family, and even others, as well.

Nobody is “for” drunk driving, but it’s a fact that, in life, everybody makes mistakes, and sometimes, a DUI just happens. The way to prevent a repeat DUI episode is to make sure the person who did it on one occasion understands how not to let it happen again. This is were the you (U) in DUI cases can get lost, because the court system has limited options for dealing with the individual needs of the many people who go through the DUI process. It’s not a stretch to say that DUI offenders are very often subjected to a “one-size-fits-all” approach.

That’s not the best way to approach anything, but, as life (and a familiar old saying) goes, “it is what it is. What I’m driving at here isn’t some some grand plan to reform the criminal justice and court systems as it relates to DUI cases, but rather how, as DUI attorneys, my team and I work around – and within it – to make sure that our clients don’t get looked at or treated as all the same.

In the real world, it falls to the lawyer to make sure his or her client is recognized and treated as an individual. In other words, it’s the attorney who needs to put the “U” (you) back into each DUI for every person he or she represents. Even for lawyers, in the ongoing hustle and bustle of cases, it can be easy to see a DUI client as a “file.”

That should never happen, and it doesn’t in our firm.

A section of our website entitled “Who you are as a Person Matter in a DUI” explores the value of an individual’s life accomplishments in the context of a DUI case. That’s important stuff, and goes to the heart of the point I’m trying to make here.

A lot of marketing legal messages talk about things like “personalized service” and treating every person as an individual. For anyone facing an OWI (Operating While Intoxicated) charge, this needs to be more than just a sales pitch- it needs to be true.

My team and I make sure it is for our clients, and that each and every one is treated as an individual. We do that to avoid as many of legal penalties and negative consequences as possible.

There is a concept called “social capital” that is relevant to all of this. Who you are and what you’ve done in life (and also, what you have not done – like having been in any other legal trouble), matters.

Every one of us has a certain amount of social capital, although sometimes, it’s more obvious, while other times, you have to dig below the surface to really get a better idea of what a person is really all about. Let me explain:

Imagine Davy the dart thrower. Davy has a terrible job cleaning toilets, doesn’t make a lot of money, isn’t particularly outgoing, and doesn’t have a lot of friends.

Some evenings, Davy can be found at Duke’s Bar, where they hold weekly competitive dart games. Davy loves darts, and is the reigning champ at Duke’s. Once in a while, there are small local dart throwing competitions, and Davy has won several of those, gaining a bit of a name for himself within the local competitive dart community, not so much for his personality, but his obvious skill.

Most of time, Davy is just another face in the crowd, except within the local dart throwing circuit, or at Dukes. It’s not that he’s a rude guy; it’s more that he’s really self-conscious and therefore quiet, and shy.

In society at large, Davy doesn’t doesn’t have a lot of obvious social capital.

Now, imagine kind-hearted Sister Kate. A nun, Sister Kate runs a before and after-school program for lower income students that has done so well, extension centers are popping up all over the place. Often on TV and in the press, and with an uncanny ability to get big money donations from corporate bigwigs and such, Sister Kate is known for the saying “Go out and do some good today!”

Sister Kate presents with a good amount of social capital.

Finally, imagine Heartthrob Harry. Everybody knows Harry; he’s a rich and famous movie star loved by women for his romantic roles, and admired by men for his daring action roles.

Harry has a lot of glaringly obvious social capital.

Now, let’s imagine a garden variety DUI case in the same local court. First, we’ll plug in each of our 3 hypothetical characters in order, and then look at how a lawyer could use their social capital, both obvious and not.

•Davy was arrested on his way home from watching a dart competition at some bar when he got pulled over for making a prohibited right turn on red at a traffic light.

•Sister Kate was on her way home from a reception honoring local educators for their role in shaping young lives, where she received an award, was handed too many congratulatory drinks, and got stopped for swerving.

•Harry was in town shooting a scene for an upcoming film, and was speeding in his rented Porsche back to his hotel after hanging out with the cast and crew on location.

In terms of social capital, let’s look at what we might first expect from each of these 3:

Being the a local dart throwing champion isn’t going to be of much help to Davy in his case.

Sister Kate will likely get some benefit just from being a nun, and even more for being the name behind the popular charitable before and after school programs.

Harry’s fame and the intense media interest in it will undoubtedly precede him, because everybody knows who he is and has seen his movies.

However, what if Davy’s lawyer can explain that he the reason he keeps his crap job (pun intended) is because of the hours?

As it turns out, Davy’s sister was paralyzed in a car accident several years ago, and her husband works afternoons. When Davy’s shift ends, he has just enough time to get to her house before her husband has to leave for work, and Davy stays there caring for her all day, until his brother-in-law gets back home.

Davy’s lawyer points out that he has never been in trouble before, owns his own home, managed to pay it off ages ago, and keeps it up rather nicely. Although he largely keeps to himself, one of Davy’s other hobbies besides playing darts is buying or finding used kid’s bikes, fixing them up, and then donating them to charity.

Sometimes, even though he’s tired by the time he leaves his sister’s house, Davy (who often practices darts in his basement), likes to step it up a notch and play with other skilled opponents, so he’ll head to Duke’s before finally going home.

Davy, who may not at first present with much social capital on the surface, especially compared to Sister Kate or Heartthrob Harry, just got a bump in the context of his DUI charge thanks to his lawyer putting the “U” (you) back in his DUI.

Even if the prosecutor or Judge don’t recognize Sister Kate by by face, or even if they’re unfamiliar with her work, when her lawyer shows off some of the press coverage about her and her school programs, Sister Kate, who has no money of her own, will be rich in social capital.

Harry has so much social capital that he has to drag it behind him in a wagon. However, he also runs a risk in that sense, as well:

What if some prosecutor wants to make a name for himself by being extra-tough, or some Judge wants to use him as an example of equal justice and show how Harry gets treated like everyone else?

Although neither of those things are likely for Harry, the larger point is that the most valuable social capital is earned by a person through his or her efforts in life.

At the end of the day, Davy, who may seem rather anonymous at first glance, has a lot of social capital. He had a sharp lawyer who found it by digging for it and working to make sure that the “U” was put into Davy’s DUI.

Of course, there is a lot more to this, but the bottom line is that a DUI isn’t just a case – it’s your case.

It’s not just some file in some cabinet – it’s your file.

When all is said and done, that case and that file are about you, and whoever you are, it should never get lost in the shuffle that you are a person, and not merely just another case, or file.

If you are facing a DUI charge and looking for a lawyer, be a smart consumer, take your time, and read around. Read how different lawyers explains the Michigan DUI process, and how they explain their various approaches it.

When you’ve done enough of that, start checking around. You can learn a lot by talking to a live person. If your case is pending anywhere in the Metro-Detroit area, (meaning anywhere in either Wayne, Oakland, Macomb, Lapeer, Livingston, St. Clair or Washtenaw Counties), give us a ring, as well.