Anyone facing a 2nd offense DUI can literally “feel” the seriousness of the situation, so there is nothing to be gained by repeating all the scary things that could happen. As a Michigan DUI lawyer with the most informational blog anywhere, I’ve gone to great lengths to explain how most of those potential negative consequences won’t occur, anyway, and that even jail can be avoided in most 2nd offense cases. Thus, the last thing the reader needs is some laundry list of all the possible legal punishments that can be imposed. Nor, for that matter, does the reader need to endure some babbling sales pitch about how this or that lawyer can save you from them, or from more of them than the next guy. In this 2-part article, I want to step back and take something of a “big picture” look at a 2nd offense DUI situation and 2 key assumptions that run through every such case: the presence of a drinking problem and that the person is a habitual (meaning repeat) offender. 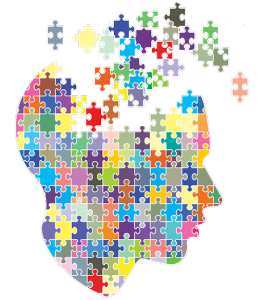 To get a handle on that first assumption, forget the whole court and criminal justice system for a moment. Imagine you are at a social gathering with some really decent people. The subject of DUI’s comes up, and someone mentions that Lovely Linda’s husband was recently arrested for his second offense. By all accounts, Linda’s husband is a successful professional and a nice guy. A few people blink and say something like “wow,” or “ooh.” Why do regular people react that way? First, because it seems out of character or unexpected (Linda and her husband are, remember, nice people), and second, because people automatically assume that he has a drinking problem, based solely upon the news that he picked up a 2nd DUI. The distinction I want to the reader to think about here is that things are perceived differently, depending on your position in the situation. When it’s you facing the DUI, it is normal to have all kinds of excuses and explanations to minimize your actions. However, if it’s you hearing about someone else’s 2nd offense DUI, you generally and almost immediately conclude that he or she has some kind of drinking problem, and would likely be dismissive of all the person’s excuses and explanations to the contrary.

If we’re going to undertake a realistic examination of 2nd offense DUI cases, we have to begin with this. There are too many lawyers out there selling people what they want to hear, but in the real world, where these cases are actually handled, you have to understand how a 2nd offense drunk driving is perceived, especially in the court system where they are decided. You have to ask yourself if you’re looking for a lawyer to help you, or just agree with you. Whatever you may say or feel about it, the truth is that when you walk into court for a 2nd offense DUI, you are seen, up front, as having a troubled relationship to alcohol.

The second assumption – that a person is a habitual offender – while distasteful, is actually a by-product of Michigan’s OWI law, which categorizes anyone convicted of a 2nd DUI within 7 years as a “habitual alcohol offender.” No matter how you cut it, a person going to court for his or her second drinking and driving charge is NOT seen as a novice to the criminal justice system. A second offender, however remorseful he or she may be, just cannot pull off the innocent, babe-in-the-woods thing again. The cold truth is that if you have to deal with a second offense drunk driving charge, you are either going to be smacked in the face by these realities, or you can acknowledge them, and then deal with them as effectively as possible.

As plenty of my other DUI and DUI 2nd offense articles demonstrate, there is a lot to all of this, and many of those articles examine some very specific aspects of DUI and 2nd offense DUI cases, including things like the role of sobriety courts, the issue of a drinking problem, and avoiding jail. As I stated earlier, though, our perspective here is less narrowly focused and more “big picture.” Understanding this bigger picture is not only necessary, but also helpful in subsequently analyzing those more specific, granular issues that arise in every DUI case.

Whether hired for a 1st, 2nd or 3rd offense charge, every defense should begin with the lawyer obtaining and then examining all the evidence, including the police car, dash-cam video. it’s easy for lawyers to talk about “fighting” every case, but that only works when the evidence against you can be successfully challenged. Just about everything in a DUI case can be challenged, in the same way that just about everything in a home can be painted, but slapping a coat of latex across your coffee maker and refrigerator isn’t a good idea. Ditto for challenging evidence that’s not going to be thrown out of court. For example, one of the dumbest things some lawyers do in that regard is to hold a hearing where too much of the police car, dash-cam video is played in court, and while the lawyer is trying to argue some specific legal aspect of the traffic stop or the field sobriety tests, the Judge is sitting there observing the client visibly intoxicated.

Generally speaking, people facing a second DUI offense fall into 2 broad categories: first, the majority, who will want to tell everyone who hears about their 2nd DUI that they aren’t big drinkers, don’t drink that often, or don’t drink that much, and so on. In other words, these people don’t think they have any kind of drinking problem, and they go to great lengths to make sure everyone knows and agrees with that. The second, and smaller category of people is made of of those who either admit that their relationship to alcohol is problematic, or are at least open to the possibility that their drinking may at least have started to become troubled.

If you’ve picked up a 2nd DUI, and even if you only drink once in a rare while, and very moderately, at that, the simple truth is that you still are a proven risk to drive drunk when you do. Think about it; the results speak for themselves. Sure, a single DUI can “happen” to almost anyone, but if it happens again, that means there is something else going on. Of course, it’s easy to just conclude that such a person has a problem, and drinks a lot, so another DUI is no surprise. There are plenty of people that hardly drink at all, and are nothing like what one would consider any kind of “big,” or even social drinker. Yet when any of these infrequent drinkers picks up one DUI, followed by another, it’s clear that drinking opens them up to making bad decisions, like driving drunk, and that’s a risk. It doesn’t matter how little they drink, because after a 2nd OWI arrest, the state sees it as just too much of a risk to let them drive anymore. A person may usually be a normal, social drinker who, every once in a rare while, just overindulges, but that’s still a problem (especially when there’s driving involved). Of course, it’s a very different problem that someone who is last-gasp alcoholic with the shakes, but it’s still a problem. Imagine if you were the Judge; would you care if someone could prove that he or she hardly drinks, but is nevertheless standing in front of you for his or her 2nd DUI within 7 years? Of course not. This is basic, front and center stuff that must be taken into account in order to make the best of a 2nd DUI situation.

I have, in previous articles, written about the court system’s inherent “alcohol bias.” It’s a very real thing. The simple version is that statistically speaking, DUI driver’s, as a group, have a higher incidence of alcohol problems than the population at large. In 1st offense cases, this built-in bias is the reason for the more prophylactic approach favored by the courts today, as they mandate education classes (some courts really pile this on) and impact panels to everyone with a drinking and driving case, no matter what the facts underlying it. As a DUI lawyer, an important part of my job is to protect my clients from getting run over by this “one-size-fits-all” way of doing things, and is part of the reason, some years ago, I returned to the University campus and completed a post-graduate program of addiction studies.

In 2nd offense cases, however, the statistics regarding the presence of an alcohol problem are bleak, and that’s not even the half of it, because, as I noted before, Michigan law categorizes anyone convicted of a 2nd alcohol-related traffic offense within 7 years of any prior such offense as a “habitual alcohol offender.” This categorization also carries the presumption that the person does, in fact, have a drinking problem, and is the reason the person’s license is revoked by the Michigan Secretary of State. The only way a person can win his or her license back, after serving the minimum period of revocation, is to prove, first, that his or her alcohol problem is “under control” (meaning the person can fix a date he or she quit drinking), and second, that his or her alcohol problem is “likely to remain under control,” (this requires proving that a person has both the commitment and tools to remain alcohol-free for life). There is NO room in the license restoration process for someone to claim they can or ever do still drink. The state has drawn a line in the sand that only those people who have quit drinking for good will ever be allowed back on the road. In other words, forget the statistics; the law itself says if you get a 2nd offense DUI, you have a drinking problem.

This means that you simply cannot show up for court and insist that you’re just unlucky, or that this second offense was some kind of “one-off,” or that you will never let it happen again, or anything like that. You can say that kind of stuff, and even hire a lawyer, too timid to speak as candidly as I am here, who agrees with you (the legal version of “the customer is always right”) and will argue that for you, but ultimately, it won’t change how you are perceived by the Judge.

We’ll stop here for now, and pick up again in part 2.